The Good Ol’ Days at SXSW: A Discussion With Festival Trailblazers

SXSW is a whirlwind of innovation, music, collaboration, and of course, breakfast tacos. It has reached global acclaim, attracting talent from big name technology brands to the hottest names in music. But it hasn’t always been so grandiose.

We sat down with a few South by spearheaders and asked about their first South by experiences, what’s changed since then, and what they think the future holds for the now-global festival.

We thought it’d be fun to ask, remember when?

“SXSW is an ever changing and evolving organism, just like Austin itself.” James Moody is the owner of one of Austin’s favorite music venues, The Mohawk, and is often credited with the reinvention of Austin’s music scene. His involvement in SXSW is nothing short of influential. 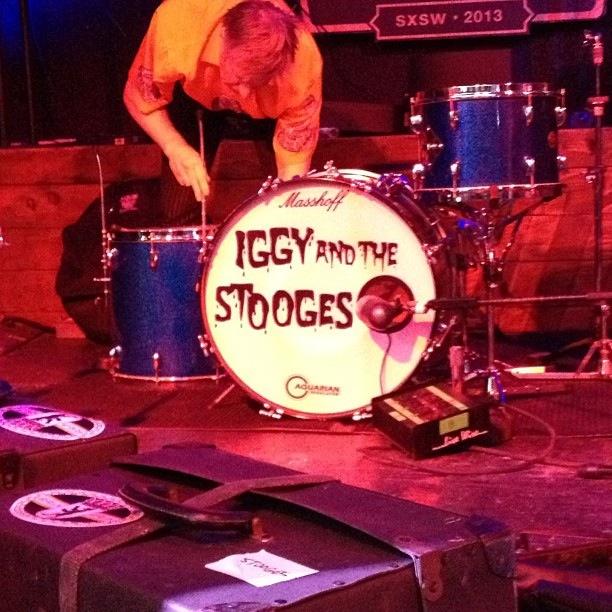 March 2000 was Moody’s first SXSW experience. It was then that he was “able to peek behind the curtain of the changing music industry.” Six years later as the Mohawk’s owner, Moody had a different lens to look through.

When asked about his favorite memories, a few notable acts like Goldie Lookin Chain, Brian Jonestown Massacre, and Prince come to mind. Moody’s favorite act at the Mohawk, though, was Iggy Pop in 2013.

Despite the venue’s presence, Moody says SXSW would’ve done well with or without the Mohawk. Still, it’s been a consistent favorite over the years because of its dedication to a special type of music. 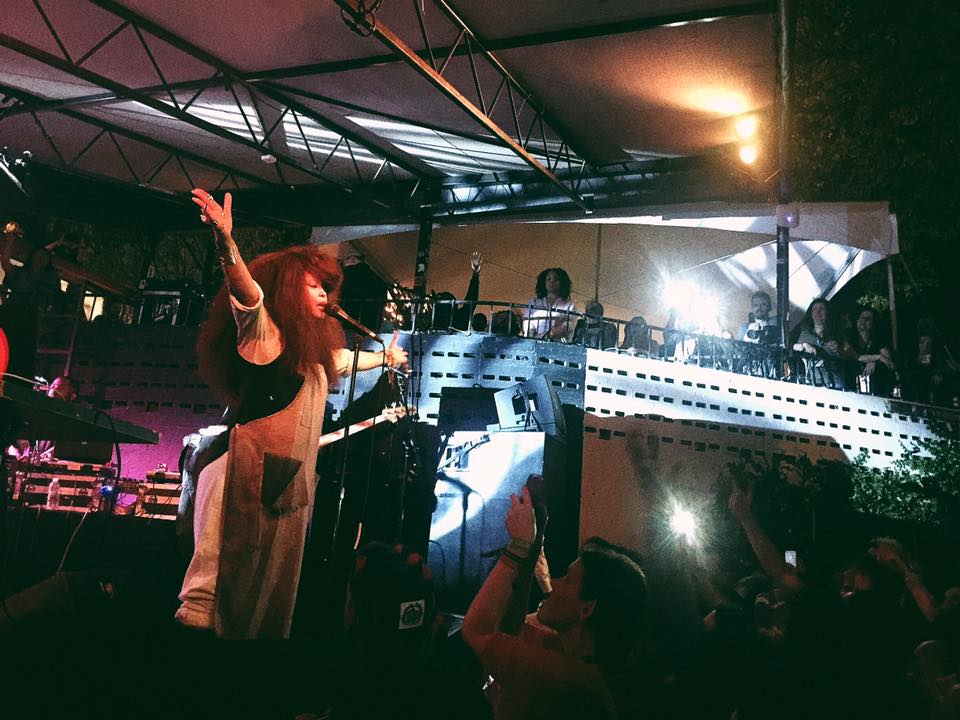 According to Moody, SXSW can mean “a lot of things to a lot of people.” To some, it’s a brand; to others, it’s a time of year in Austin. While he recognizes the festival’s shift from music to technology, he says there’s still an opportunity to get “creative and personal again.”

Coming into his 11th year with the Mohawk, Moody has a few pieces of advice for South by newcomers. “Plan your bathroom access, always bring a koozie, always steal a koozie, tip your bartenders, and if you’re taking too many pictures of bands, you’re doing it wrong.”

Frank restaurant has only been an official SXSW venue once, but that doesn’t mean it hasn’t played a major role in the festival for the past ten years, hosting pop-up shows with acts like Jack White and J Mascis.

Choosing South by’s “unofficial” path isn’t new to the restaurant. Owner Daniel Northcutt says he was “predominately on the guerilla side” of South by, working in the service industry before opening Frank.

Despite the restaurant’s unofficial partnership, Northcutt says he does what he can to “be neighborly and extend a hand in whatever way [he] can.” He recounts when Frank ran electricity and water out of the restaurant to support neighboring music venues.

When asked about the changing landscape of the festival, Northcutt says it’s nothing he hasn’t seen before. “Anything that reaches this magnitude is going to ebb and flow,” he explained. He describes a few years prior, saying the festival was on a downturn before a surge of unofficial parties came in, rejuvenating the festival. He cites South by San Jose as a major player in that upswing.

“At the end of the day, we’ve seen South by slow down and come back with a ferocity,” Northcutt describes. “Now we’re seeing it roll back again.”

Through the slowdown and resurgence, Northcutt has learned one thing: “no matter what you get into, you’re going to get something out of it.”

If what her mother says is true, Jessie Johnson’s first SXSW experience was seeing Jimmie Dale Gilmore and Butch Hancock in 1987. She would’ve been around 9 years old. 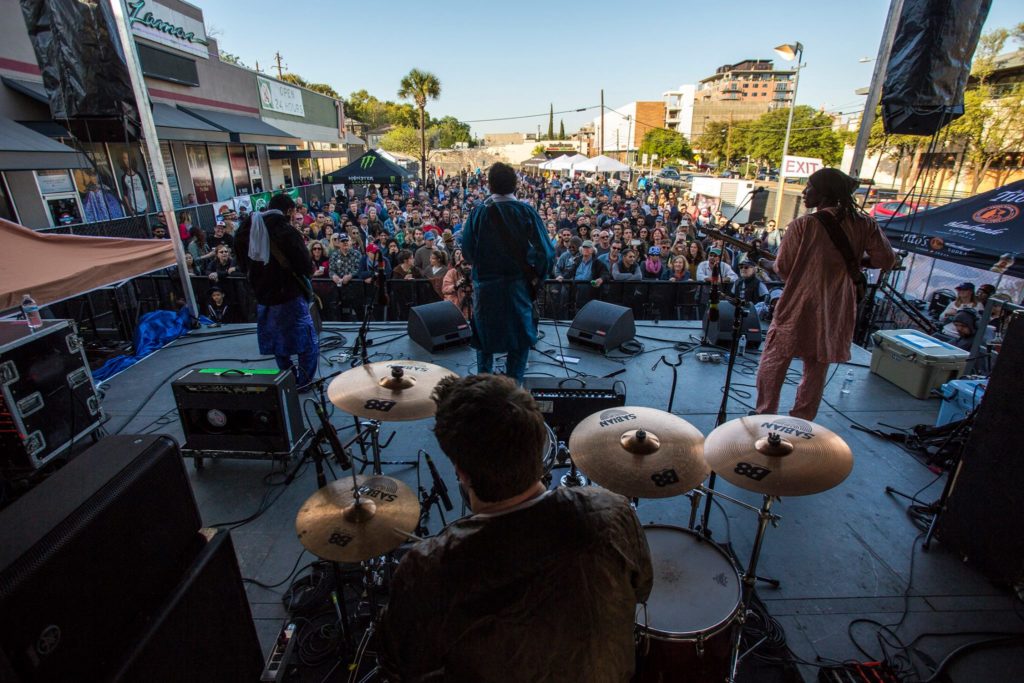 According to Johnson, her experiences at the festival are still very much the same, despite the festival’s growth over the years. “It’s so exciting to see artists in this intimate setting,” explained Johnson. “When you see a band in a good setting, it all clicks.” She says she still experiences goose bumps and tears.

Johnson has a unique experience — her SXSW involvement belongs to Waterloo Records. She’s currently the Marketing and Event Director at Waterloo, but began working at the store as a clerk at age 21 in 1999.

She was front row for countless intimate shows, but it was the Iggy and the Stooges concert at Waterloo Records in 2007 — the year she became Marketing Director — that will go down in history.

“The show was indoors and there was no room to move inside,” she recounts. “[But] once Iggy figured out there were so many people outside, he opened up [the exit door] and performed for the crowd outside. It was awesome.” 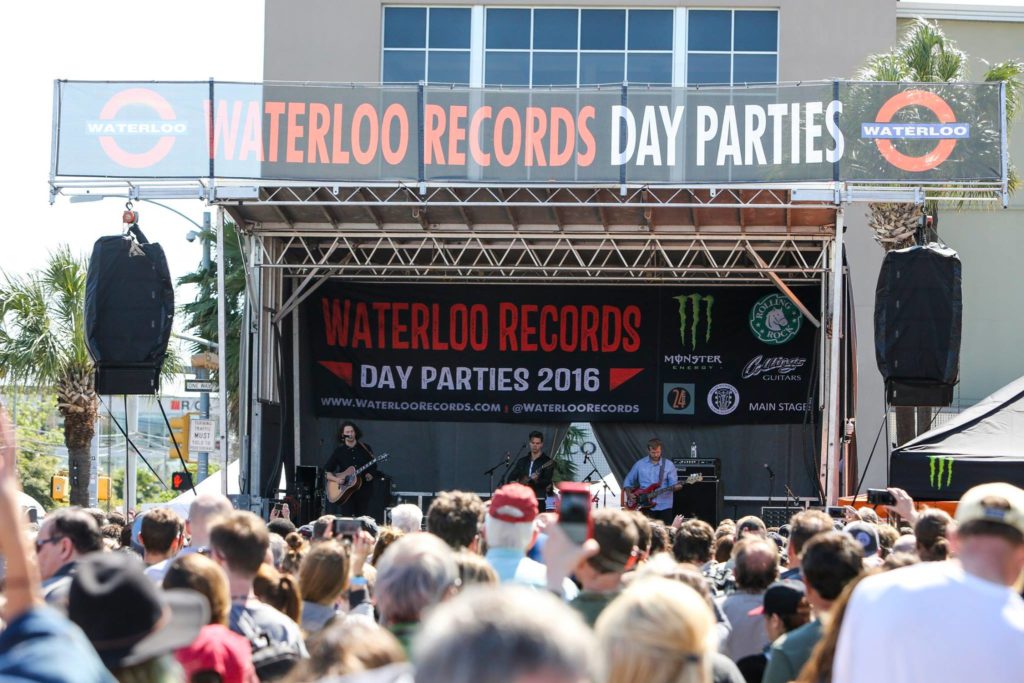 According to Johnson, Waterloo and SXSW are like “two entities that have grown up together in a remarkable music culture.” Though many things have changed, she says one thing remains: “The point [of SXSW] is music discovery and music appreciation.” She continues, “the truth is, music will always be necessary to enhance and inspire lives.”

The first of many took place the during the café’s opening weekend, when Austin-based filmmaker Bradley Beesly hosted an after party for the release of his film about the Flaming Lips, Fearless Freaks. “It was bonkers,” recounts Bingaman. “Hundreds of people tucked in a warehouse on the [Eastside of Austin].” The original location sat where Wright Bros. Brew & Brew currently resides today.

And that was just the beginning. Bingaman says acts like TYCHO, Sarah Jaffe, Octopus Project, Phosphorescent, and J. Tillman — known as Father John Misty — were among those who played at Progress Coffee. 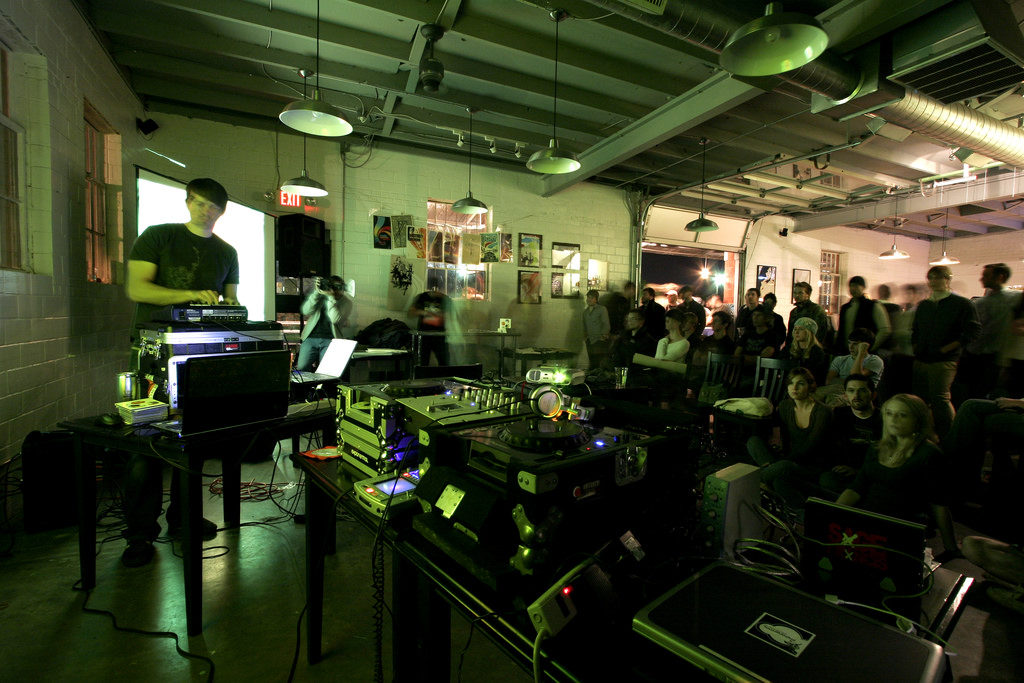 Bingaman never foresaw Progress becoming a quasi music venue, though. “I just loved booking bands and solo artists,” he said, “and it grew organically from there.” Bingaman says every event was grass roots. From booking an act to promoting the concert to running sound check, Progress simply sought to bring music and art to Austin’s Eastside.

It wasn’t until larger brand names like Fader Fort and Levi’s rolled in that the vibe began to change. “I [used to work] hard to get a crowd of 50 people over to the East side,” Bingaman recalls. “Today [during SXSW], it’s like being in a sardine can.”

As a local business owner — Bingaman is the owner and founder of Austin-based footwear brand, HELM Boots — his perspective of the festival’s changing dynamic is positive. “People can argue that South by [has gotten] too big,” he explains, “but I think anything that positively effects the growth of the city’s economy is good — as long as the current local spearheads keep the city anchored.”

There are extended families and pockets within South by. According to Northcutt, Moody, Johnson, Bingaman, and himself “run together.” He also includes Liz Lambert — the force behind South by San Jose –and Elaine Garza of Giant Noise.

Each of these stories is part of one larger puzzle that is South by. One of Northcutt’s first gigs at SXSW was operating a pop-up bar with Transmission Events, an entertainment company founded by Moody and his business partner in 2006. Northcutt didn’t meet Moody then, though. The two met while putting together a last minute Spoon show at the Mohawk.

Johnson, on the other hand, has always looked to the Mohawk and South by San Jose for inspiration when booking bands for Waterloo. She says Moody has always been a big supporter of Austin musicians, including her husband Will Johnson, while she considers South by San Jose a gold standard for killer lineups.

And where does Bingaman fit into all this? While he’s stepped out of the festival’s music scene, it was his days organizing small shows at Progress Coffee that fostered these relationships.

“We [all] did the shows that grew and grew, that built businesses,” he says. Bingaman explains that each individual did it for the artists, the fans, and for the community. “I think every small thing, every small show, contributed like little sparks to the fire that has massively grown.”