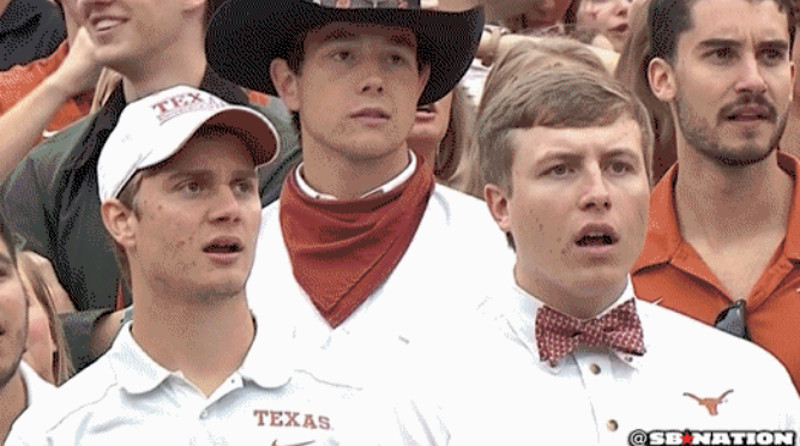 More Texans might need to say “gig ‘em,” rather than “hook ‘em,” if they want a better bang for their college buck, according to a recent report by PayScale Inc. The Seattle-based company specializes in salary reporting and researching and puts out an annual report that reflects the return on investment that colleges and universities provide. The top three Texas universities included University of Texas at Austin, ranked #79 of universities in the nation, Texas A&M ranked at #49, and Rice University taking the highest spot of Texas schools at #29.

The report evaluates the average cost of attendance at a school for four years compared to the 20-year return on investment of every graduate at 1,343 colleges and universities in the nation. UT’s 20-year net ROI is $571,000 with a total cost of four years at the school at $103,000. UT’s graduation rate is 81% with average student loan amounts at $22,600.

UT still excels in many areas, however, as Niche.com recently ranked it the #2 overall school in the state (still behind Rice, but not too shabby for a public university) and U.S. News and World Report’s recent rankings of graduate programs gave UT many top marks.