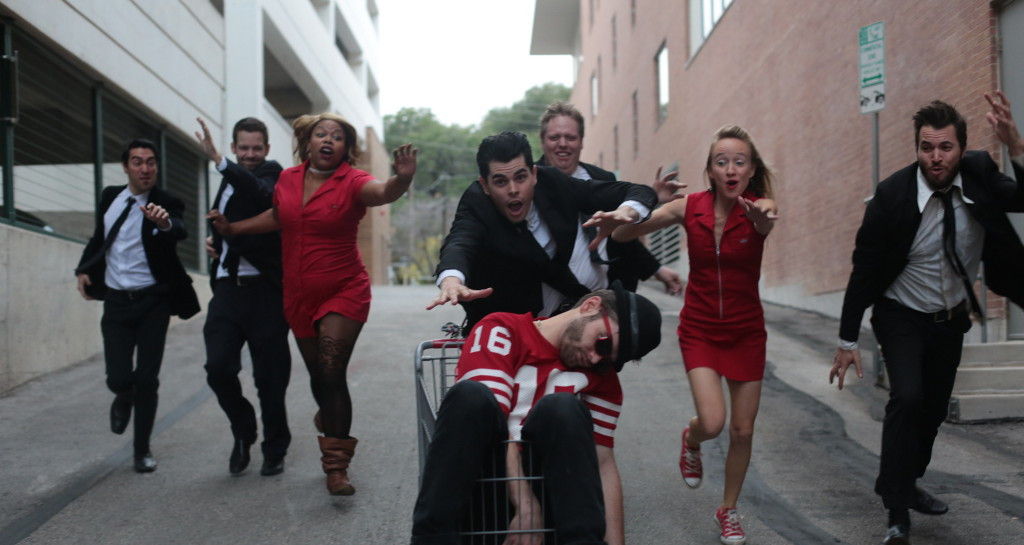 On T Bird and the Breaks‘ latest album Harmonizm, we hear a local act that effortlessly blends funk, rock, jazz, and hip hop together to create a truly fun record from beginning to end. Although they’ve only been playing together since 2007, at three records in this band sounds like they’ve been at their craft with one another for much longer. Each song on Marmonizm has an addicting quality and fluidity that feels very natural indeed. The album opens with a funky title track that lifts up listeners and wraps the audience in a saucy sound. Piano and organs breathe life into their rhythm as T Bird takes over lead vocals, pulling listeners in with his soulful voice and laid back demeanor. The track serves as a great introduction to what follows, pulling us in and making listeners want more.

“Ain’t No Sugar” is the album’s next track, and while it does not have the spunky feel of its predecessor, its cheery vibe makes this one particularly exciting to hear live. The same can be said for “Somebody’s Lovin’ My Baby,” Harmonizm’s next cut, which is a slightly slower tune that still incorporates the sunny funk sound the band is so well known for. Here again we see the group incorporating different sounds, including a telephone ring, to bring their music to such life that it seems ready to bounce out of the speakers.

The last track, “Heavy Love,” is a one-minute-long outro filled with a chorus of voices and jazzy horns to close the record. While the tune does not feel like a song due to its short duration and lack of lyrics, it really encapsulates what Harmonizm is about: A passion for music and a love of performing.

These are artists not to be missed.

Here’s a sample from the album, the title track Harmonizm…

If you would like to purchase this album, why not buy locally from Waterloo Records?
——

Featured photo: Courtesy, T Bird and The Breaks via Facebook.