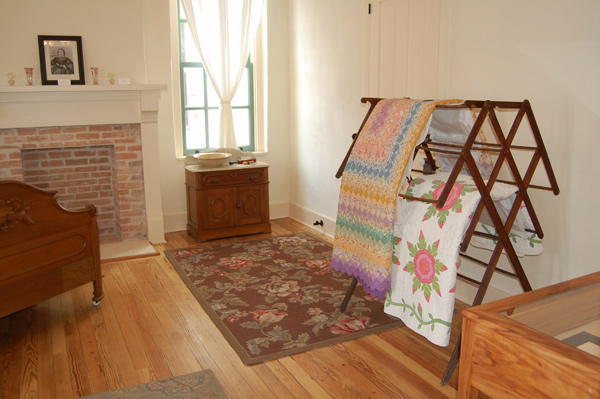 Educational opportunities abound in Austin! Along with our friends at Alt Ed Austin, we’ve put together a new series that highlights some of the amazing DIY educational adventures to be found for families here. Join us this week as we Visit, Learn, and Do a fun activity at the Susanna Dickinson Museum!

The Susanna Dickinson Museum is a historic house and the former home of Susanna Dickinson Hannig, a survivor of the Battle of the Alamo. The house was built in 1869 by Joseph Hannig for his new wife. It was deeded to the City of Austin in 2003 and meticulously restored before opening as a museum on Texas Independence Day in 2010. The museum contains many period pieces, rare family artifacts, and furniture produced by Hannig. Additionally, the museum has a library of over 500 Texas history books and children’s books that are available to read while you visit the museum. A visit to the Susanna Dickinson Museum gives visitors a chance to learn more about Austin in the late 1800s and to hear the dramatic stories of the survivors of the Battle of the Alamo.

One of the three museums that sit at Brush Square, the Susanna Dickinson Museum is located at 411 East 5th Street and is open Wednesday – Sunday from noon to 5 p.m.

Admission: Free.
Parking: Metered street parking is available directly behind the museum and in the surrounding area.

Learn: Susanna Dickinson and the Battle of the Alamo

Susanna Dickinson is best known for being one of the few survivors of the Battle of the Alamo. She was the wife of Captain Almaron Dickinson, who fell during the battle. After the defeat of the Texian defenders, she was sent by Santa Anna to carry the news of the Alamo’s fall to Sam Houston and became known as the “Messenger of the Alamo.” Amid cries of “Remember the Alamo,” Sam Houston and the Texas army went on to defeat Santa Anna at the battle of San Jacinto and gained independence for the Republic of Texas.

While exploring the museum grounds and reading about the Alamo online, let’s think about the answers to these questions:

Do: Remember the Alamo Word Search!

Have fun finding the hidden words related to the Battle of the Alamo. Print a Remember the Alamo Word Search here. 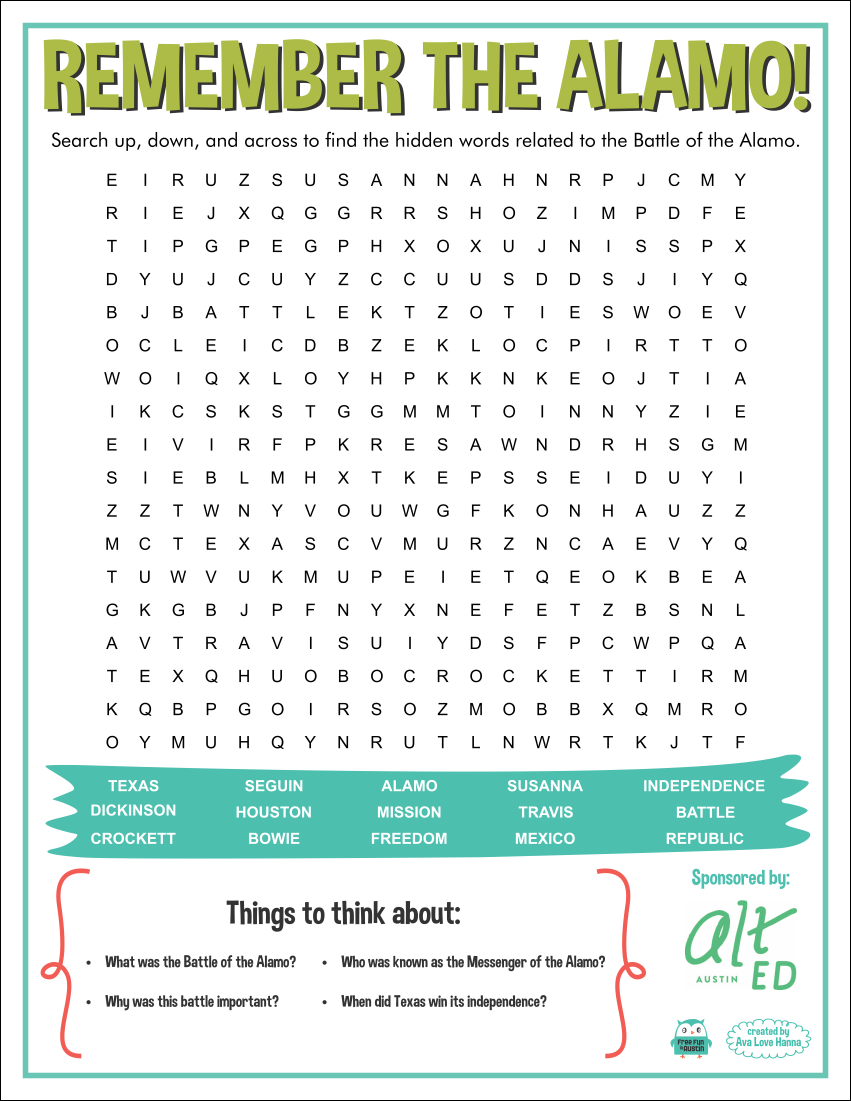 Have fun exploring the Susanna Dickinson Museum and learning more about one of the most important battles in Texas history!

Since 2011, Teri Sperry of Alt Ed Austin has been helping families explore the many diverse schooling options that Austin has to offer. Because no one school or approach is right for every kid, Teri offers affordable private consultations and group workshops to guide you through the process of choosing a school where your unique child will truly thrive. Check out Alt Ed Austin’s free online resources and sign up for the monthly newsletter at AltEdAustin.com.