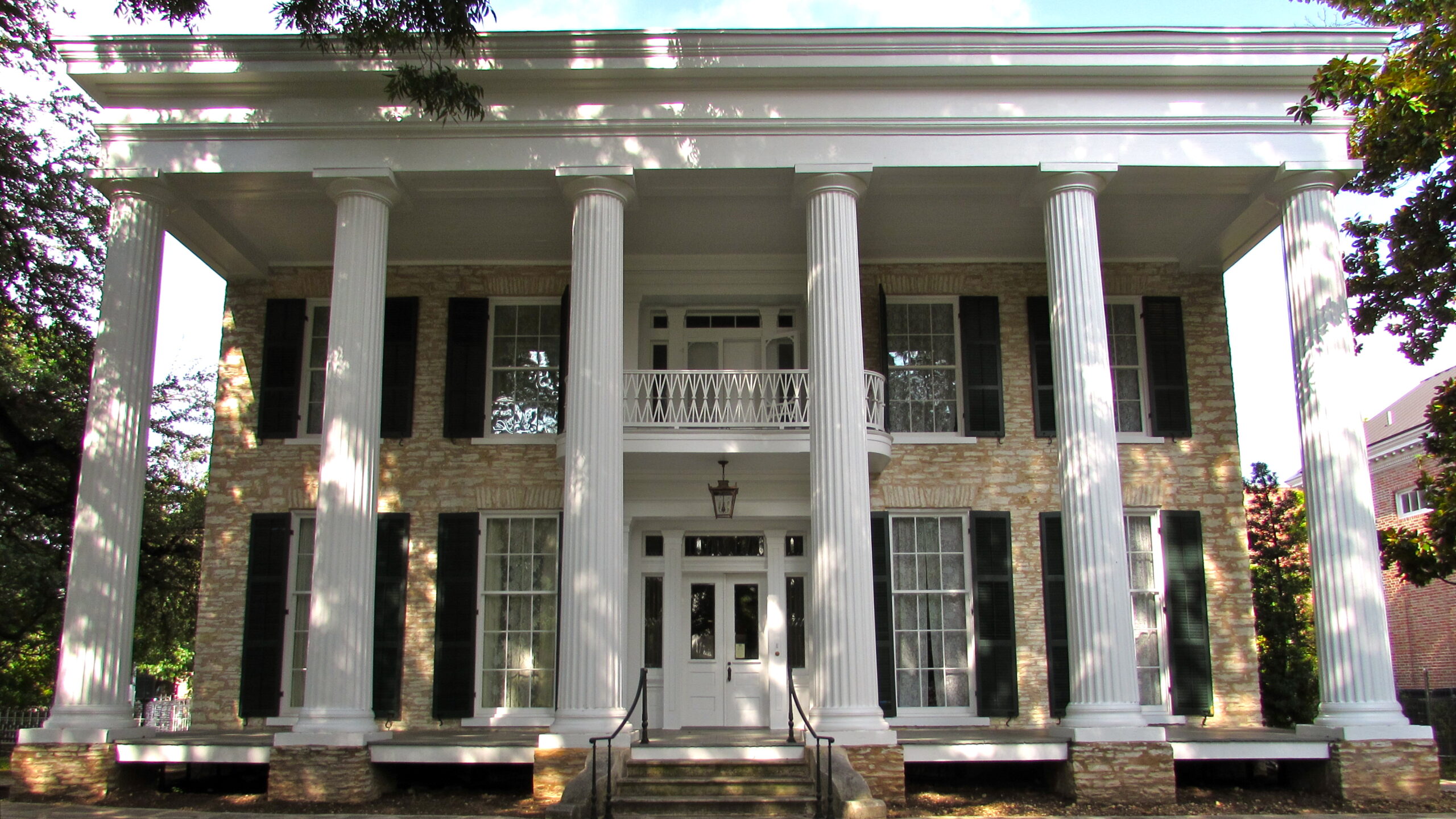 The Neill-Cochran House was built in Austin, Texas in 1855, and has since been restored and preserved as a local historical museum. I took my son to visit during the Museum’s Sunday Funday, a free event held the first Sunday of each month, from September through November and January through May. 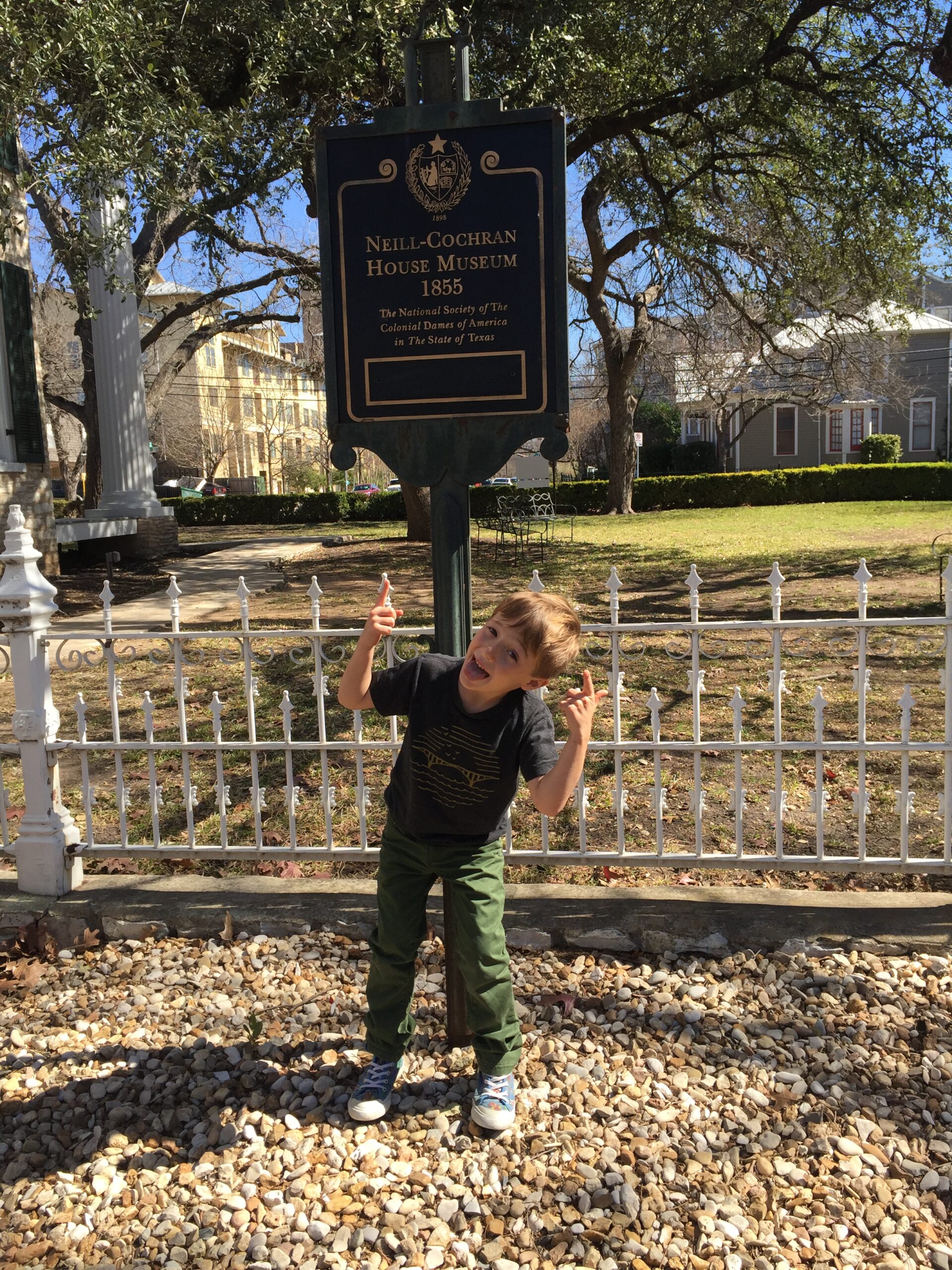 Upon our arrival at the Museum, we stopped to check out the sundial on the front lawn. My son had never heard of one before and thought it was such a great idea. He said, “They should put those up everywhere!” 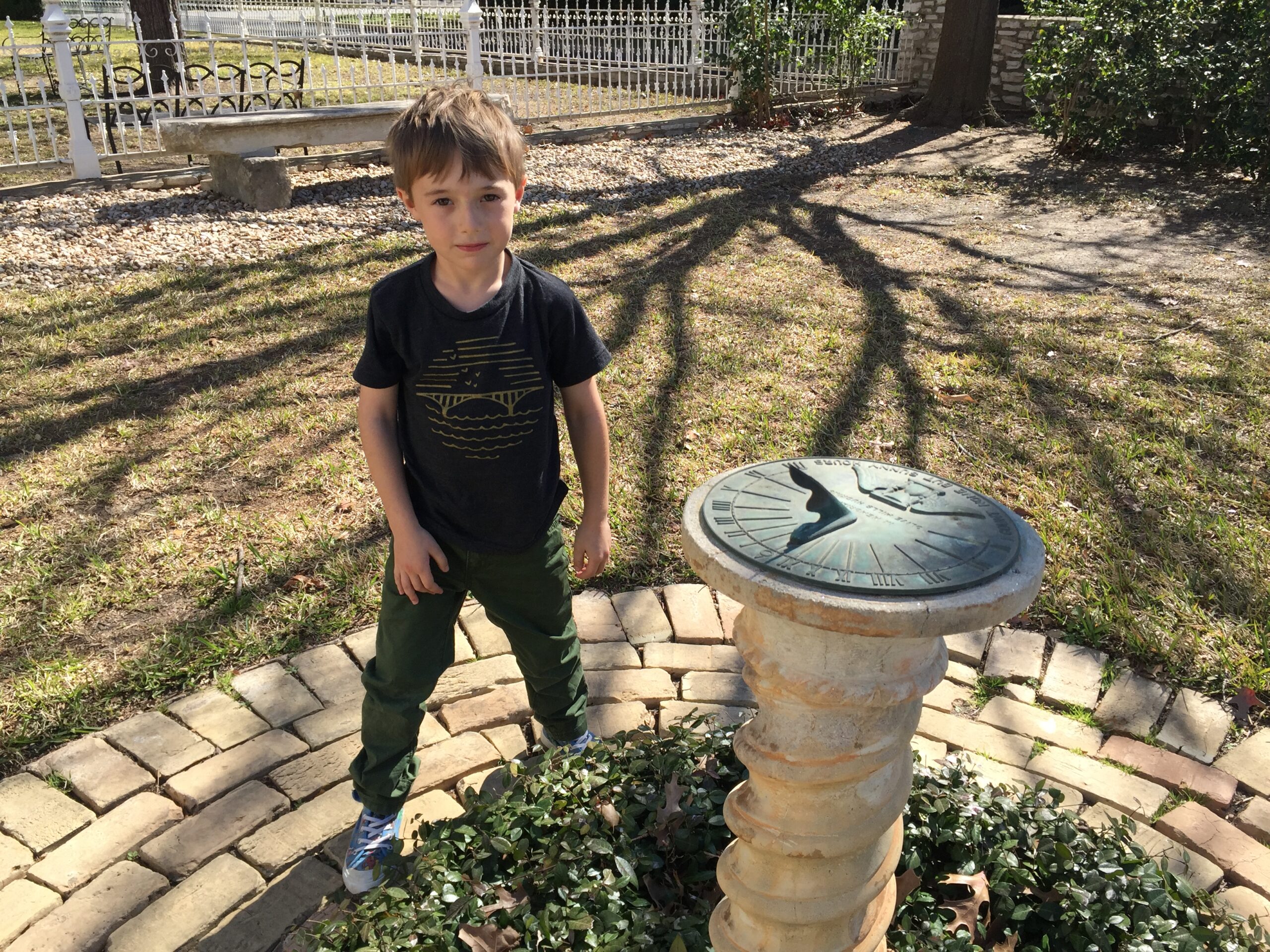 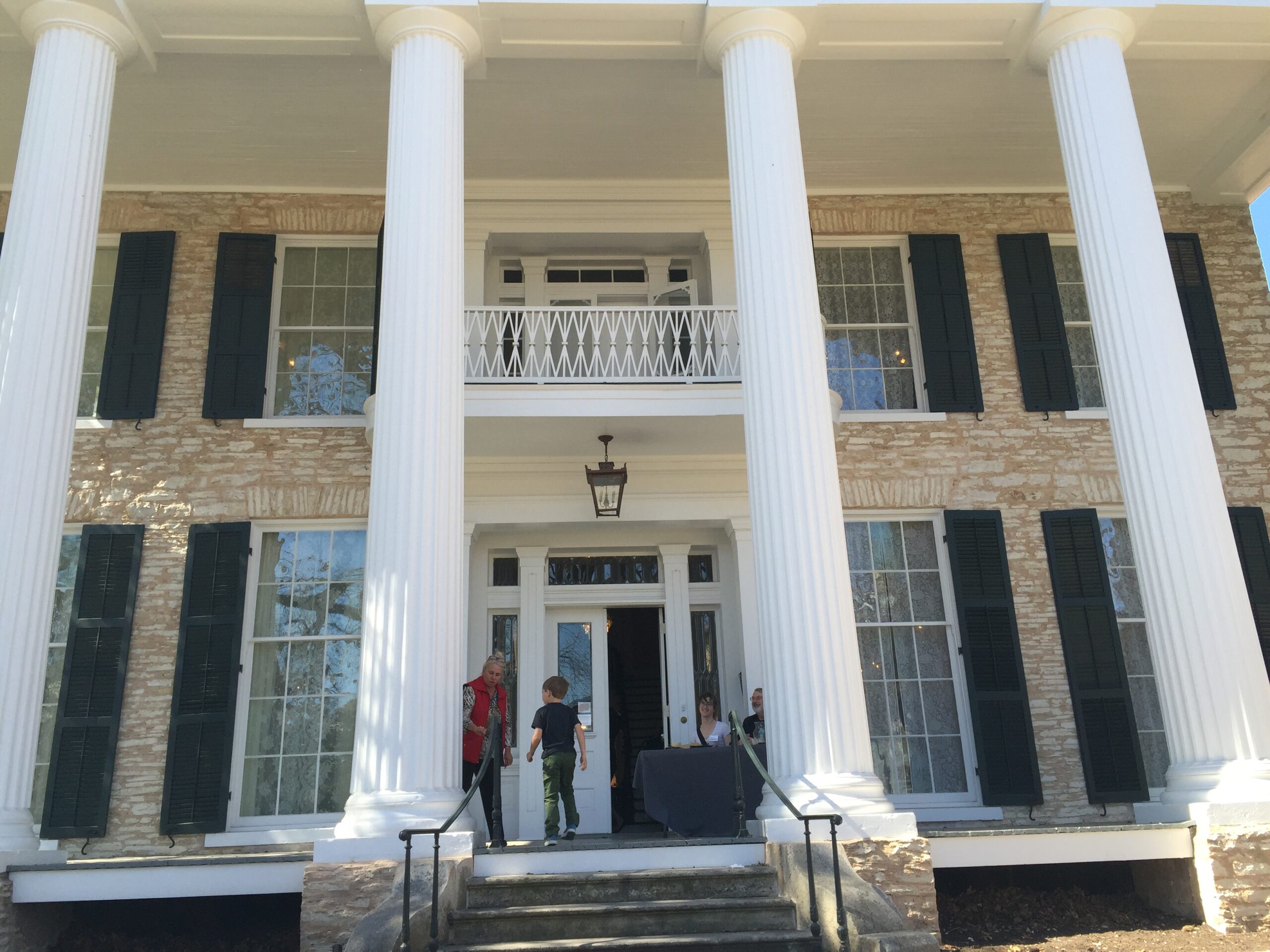 At the entrance, we were greeted by a man who gave us a scavenger hunt pamphlet, so we got to searching for things inside the house right away. My son loves scavenger hunts, so this was right up his alley. 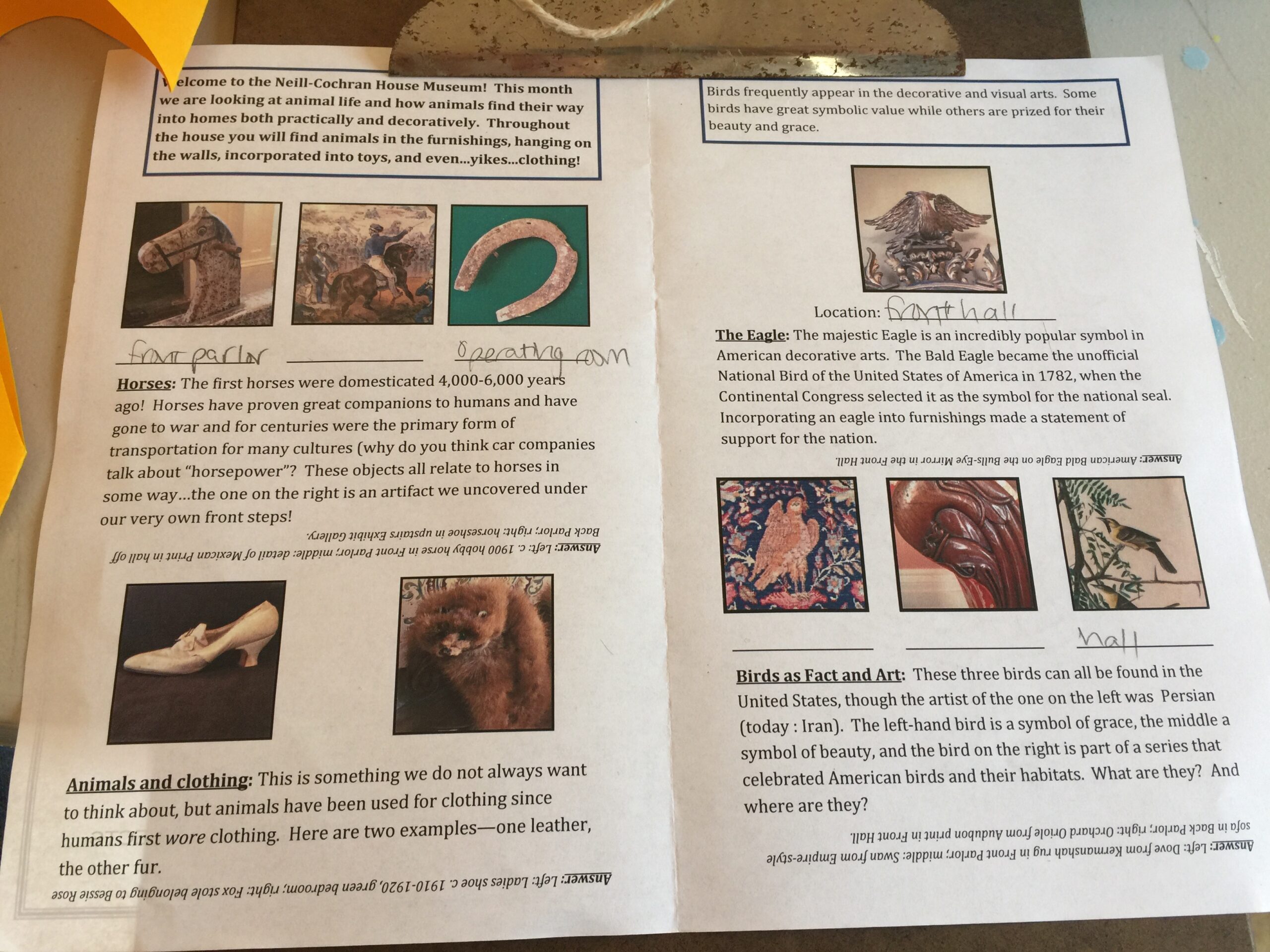 A charming docent approached us and asked if we’d like to hear some stories about the house while we looked around. “Do you like ‘Once Upon A Time’ stories?” she asked. My son’s eyes grew wide with excitement and he responded with an enthusiastic nod. She sweetly took him by the hand and led us around the entire house, pointing out different things and giving us insight on what life was like in the mid-19th and early 20th centuries. 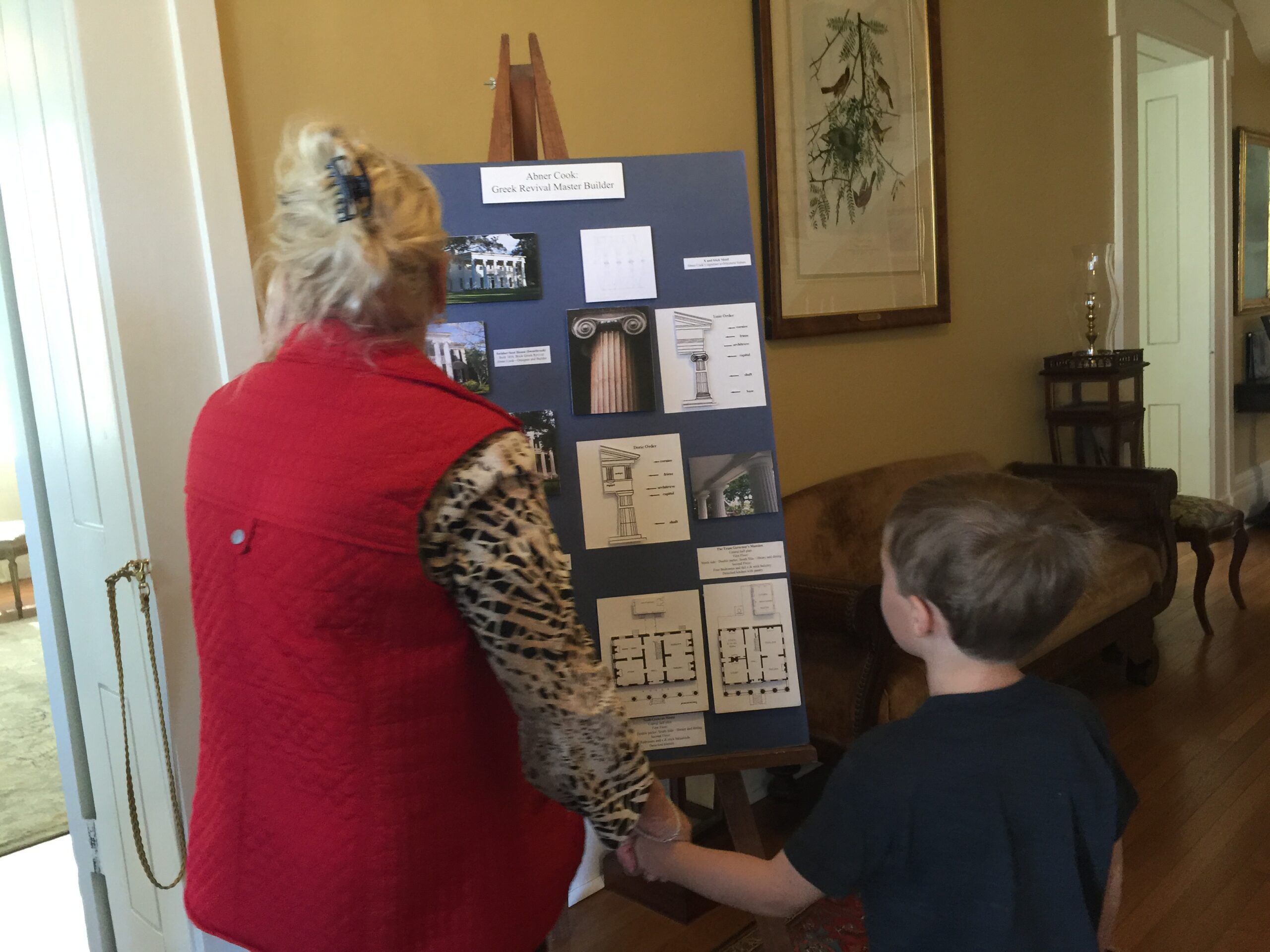 Learning about Abner Cook, who designed and built the house 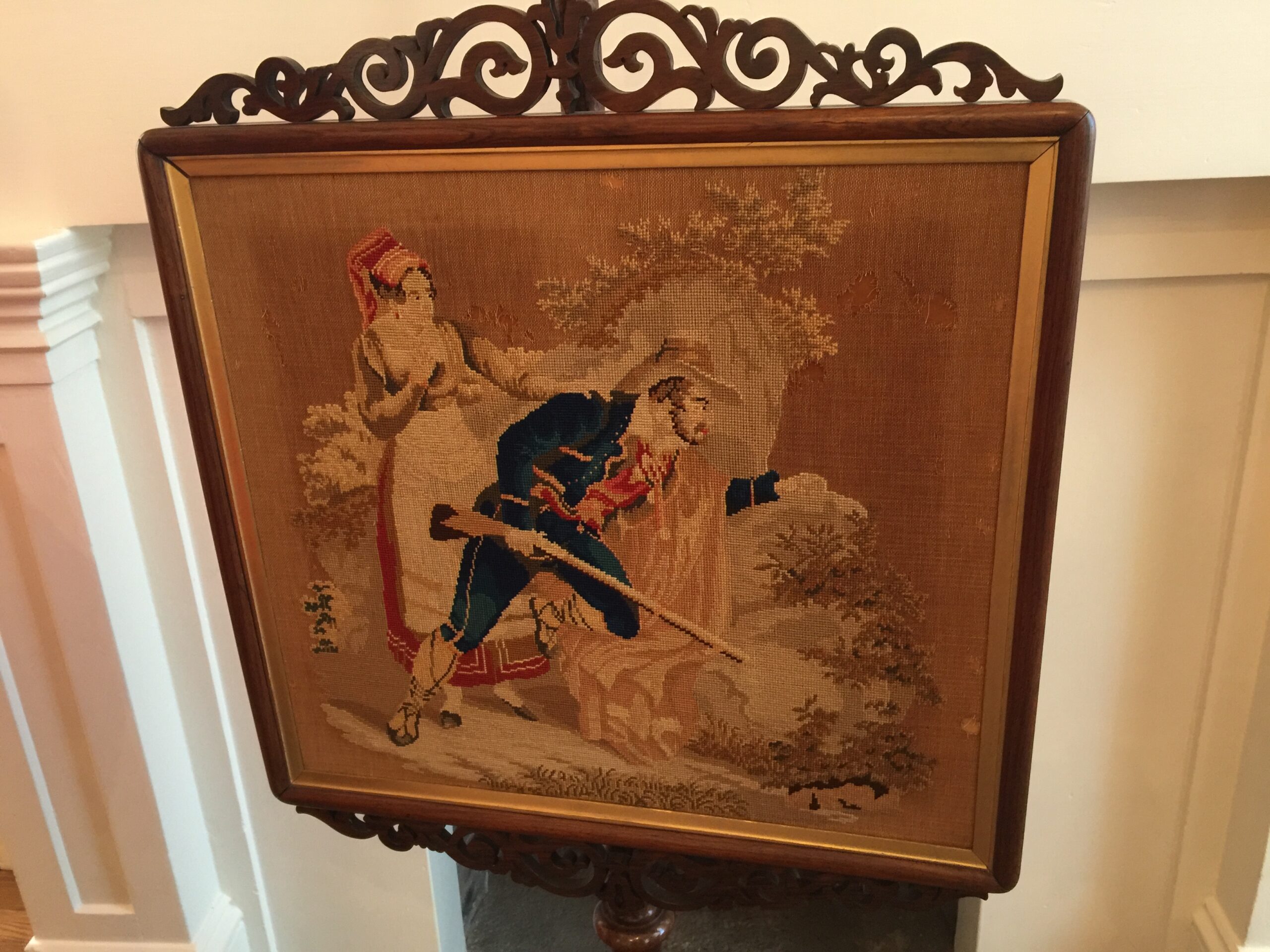 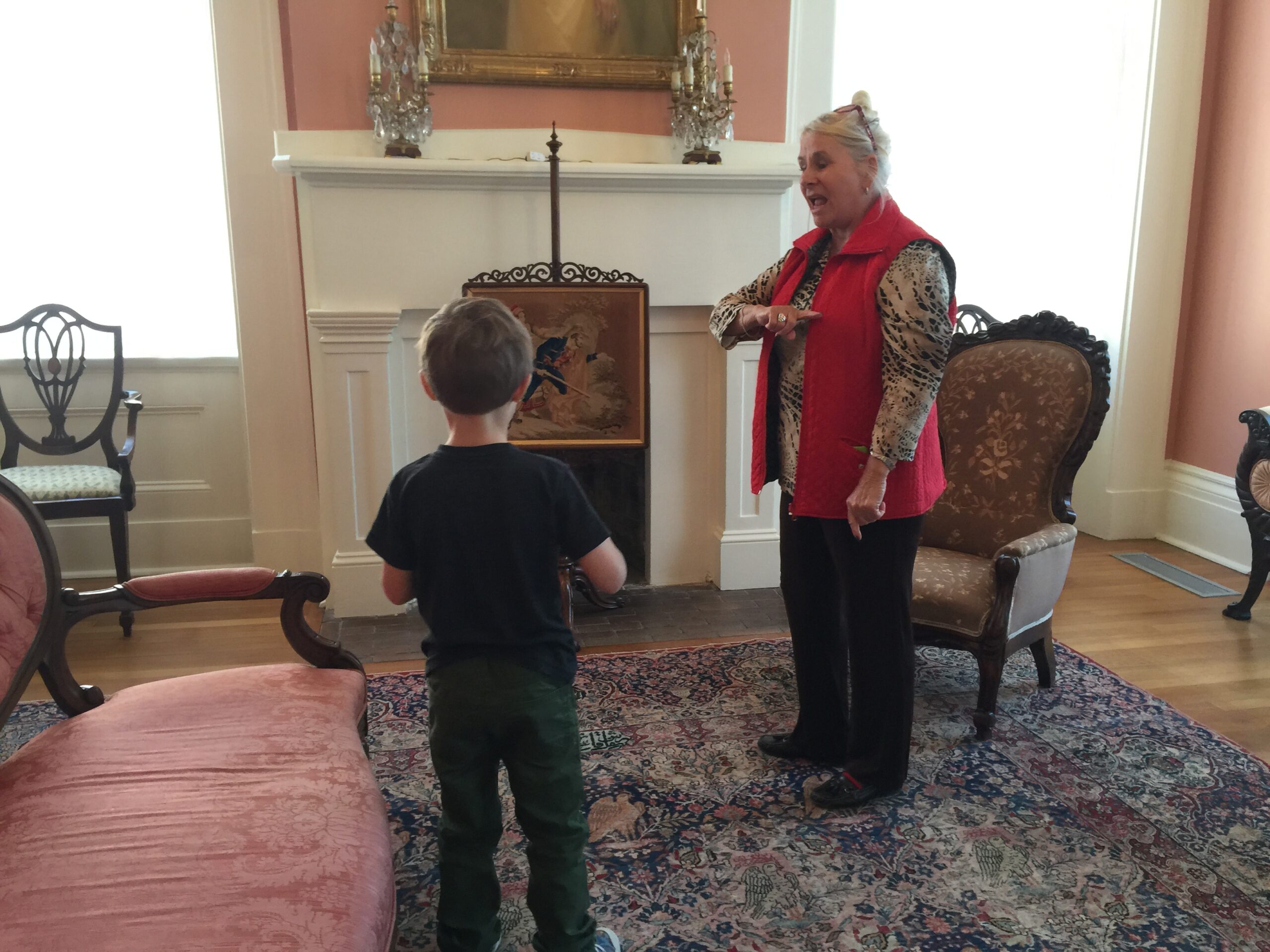 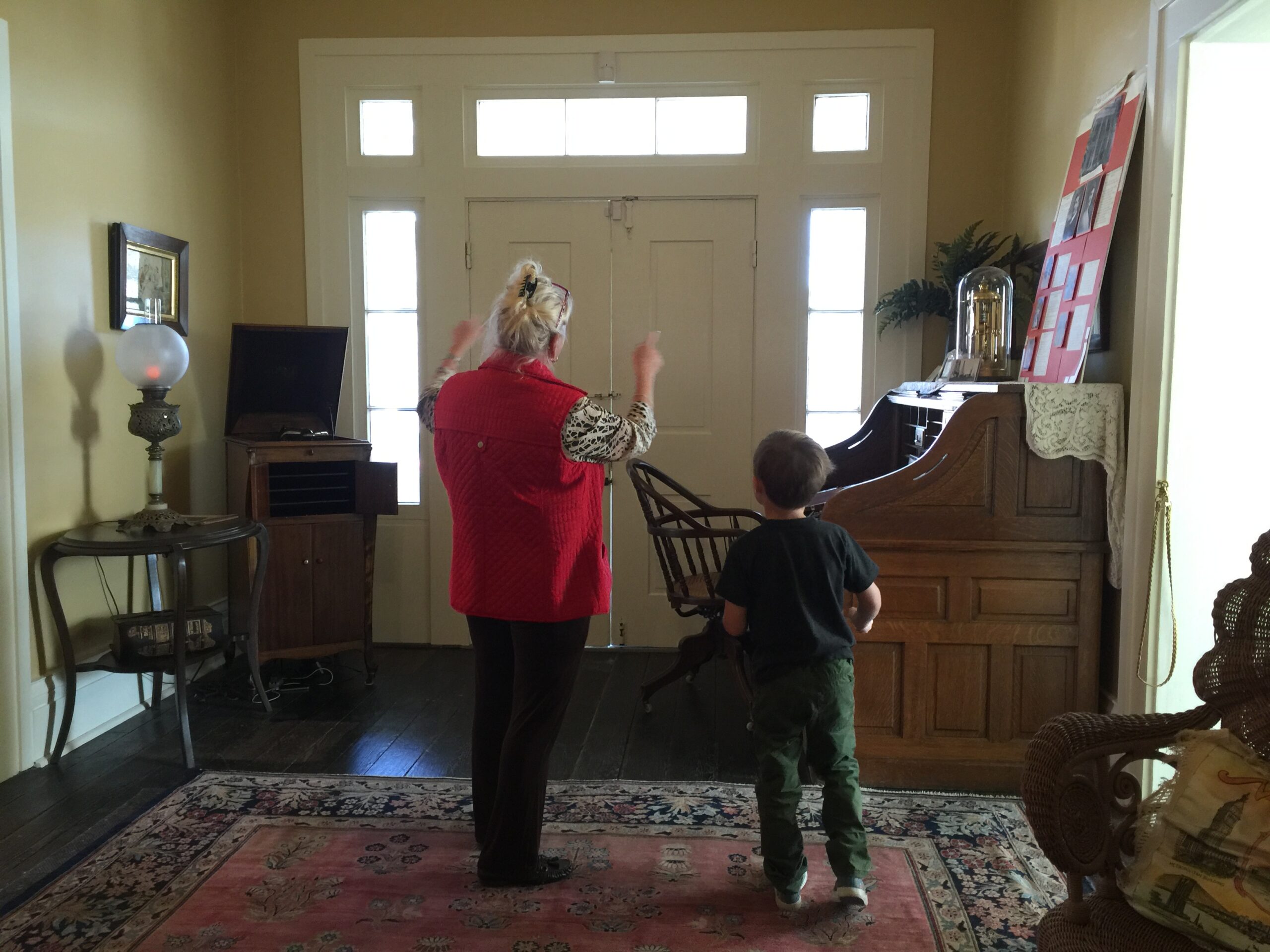 We learned that the original owners of the home had to open the doors to the breezeway, to cool the upstairs in the summer. 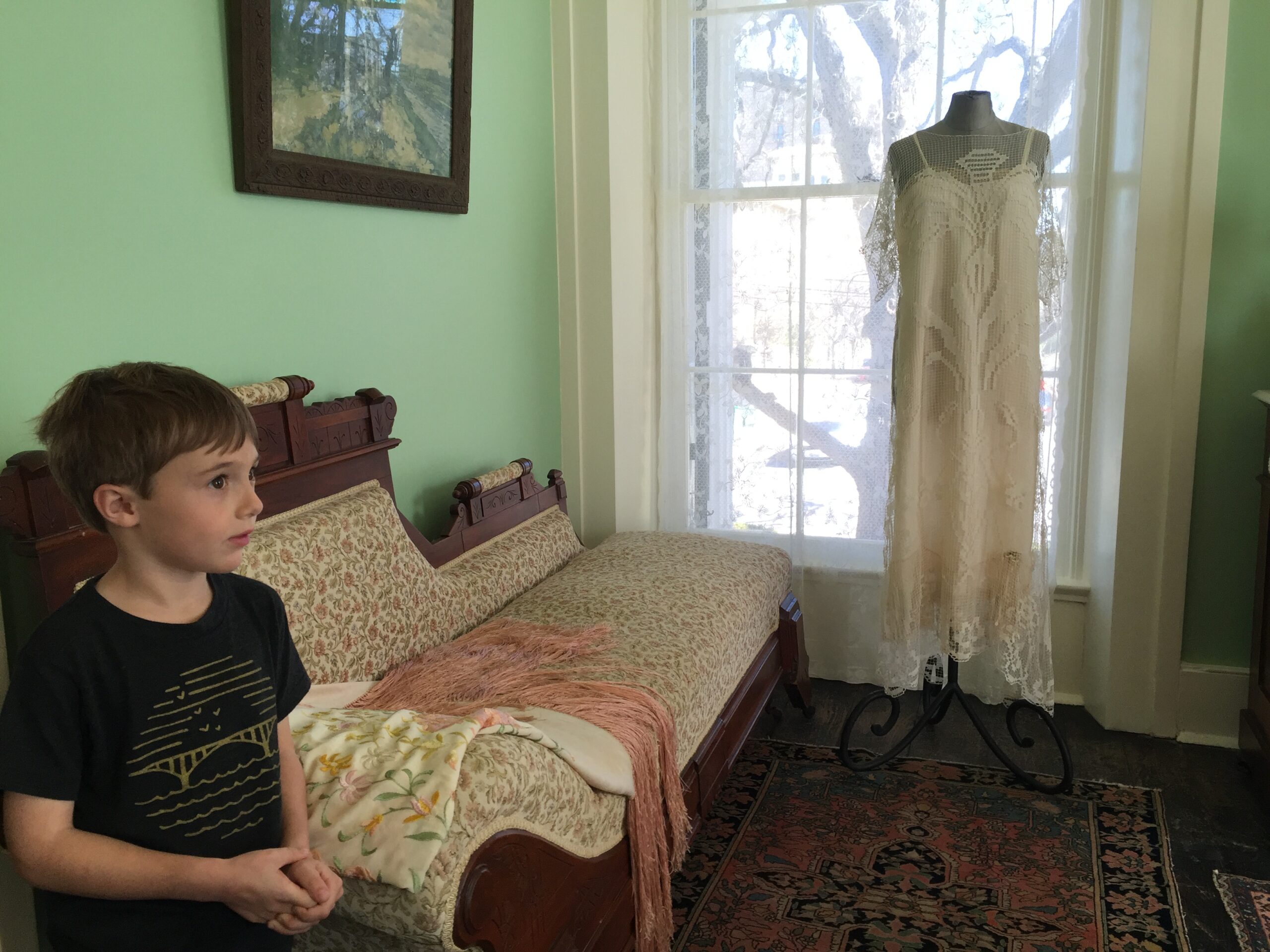 My son also learned what a “fainting couch” was. I kept imagining I was in an episode of Downton Abbey. The fainting couch is placed next to the ghost in the white dress, just in case you get scared. Ha! 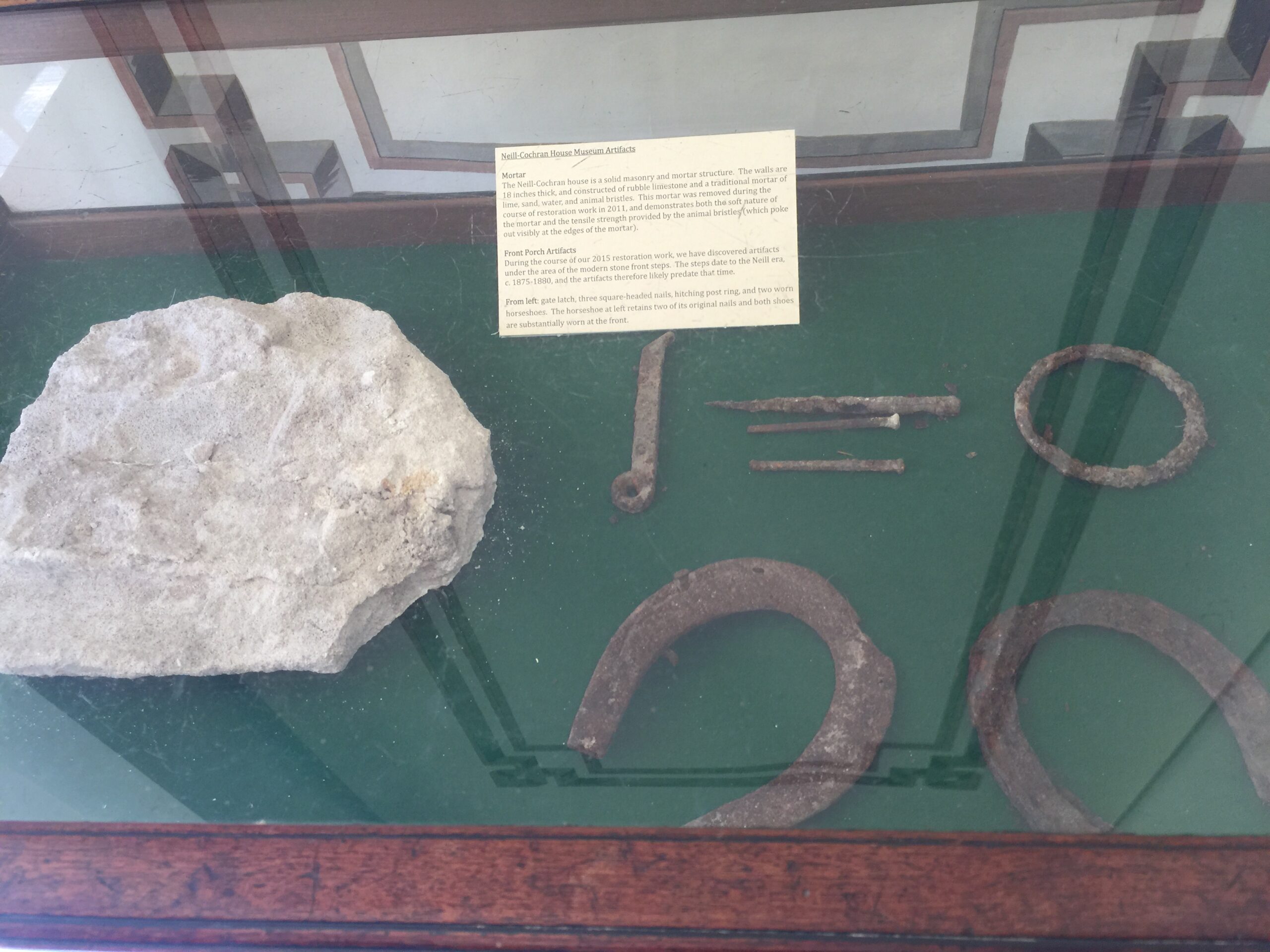 Artifacts discovered under the house during renovations 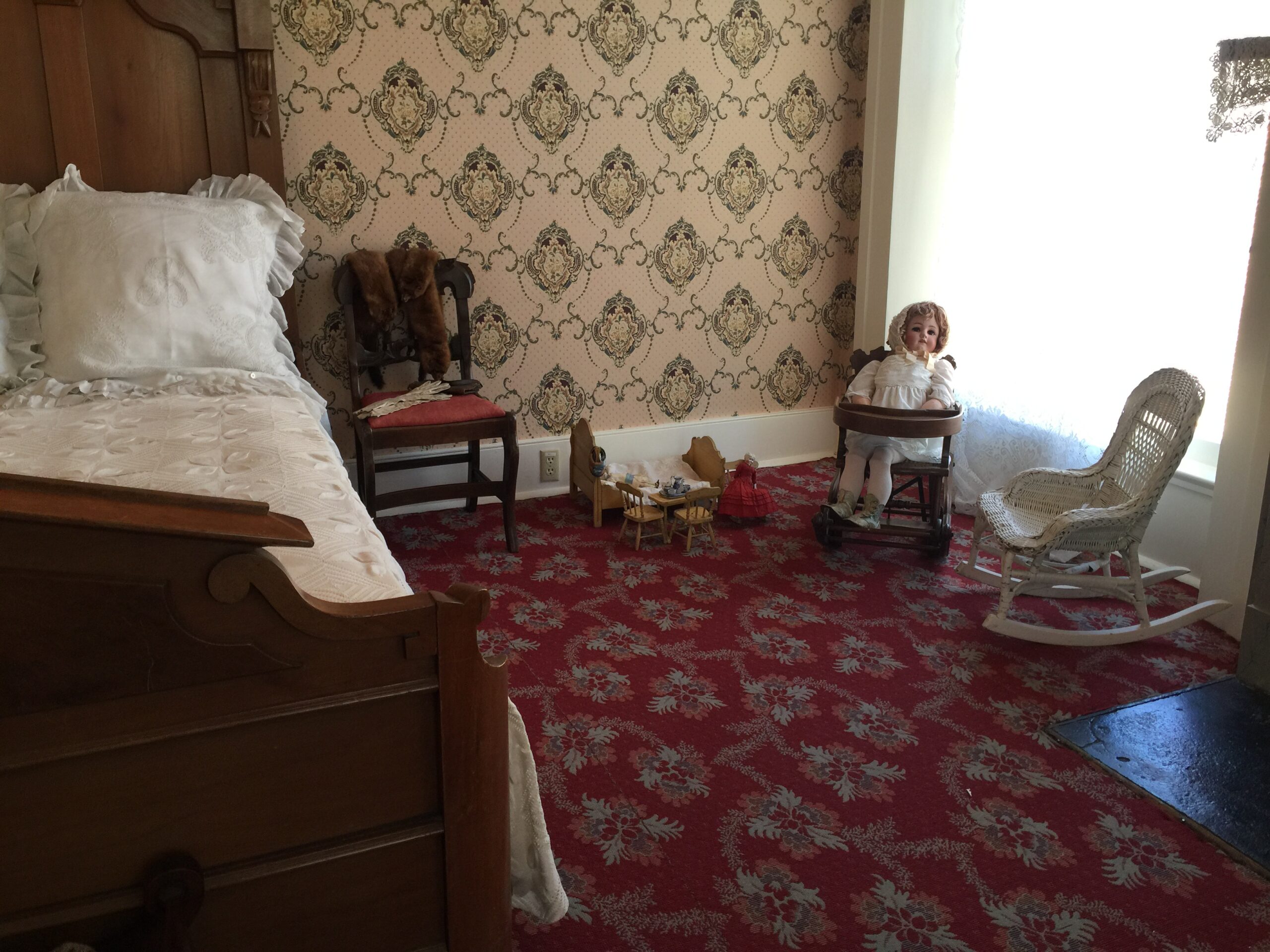 Children’s room, with exact replicas of the original wallpaper and carpet

After our tour, we found our way to the back room where guests were making pop-up books, this month’s Sunday Funday craft. The Museum supplied everything we needed, from paper and scissors to glue and paint. We saw so many creative ideas and couldn’t wait to get started! 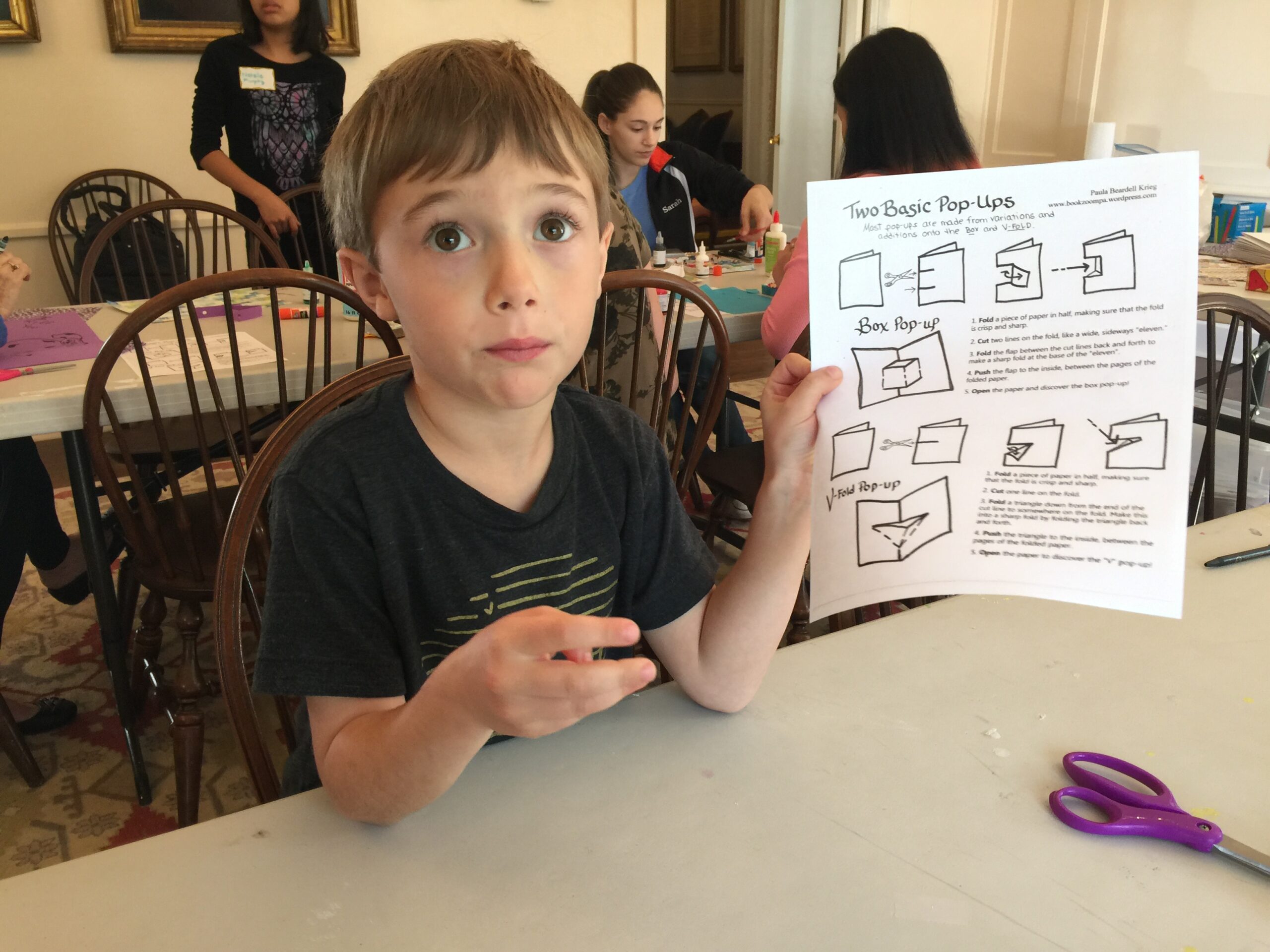 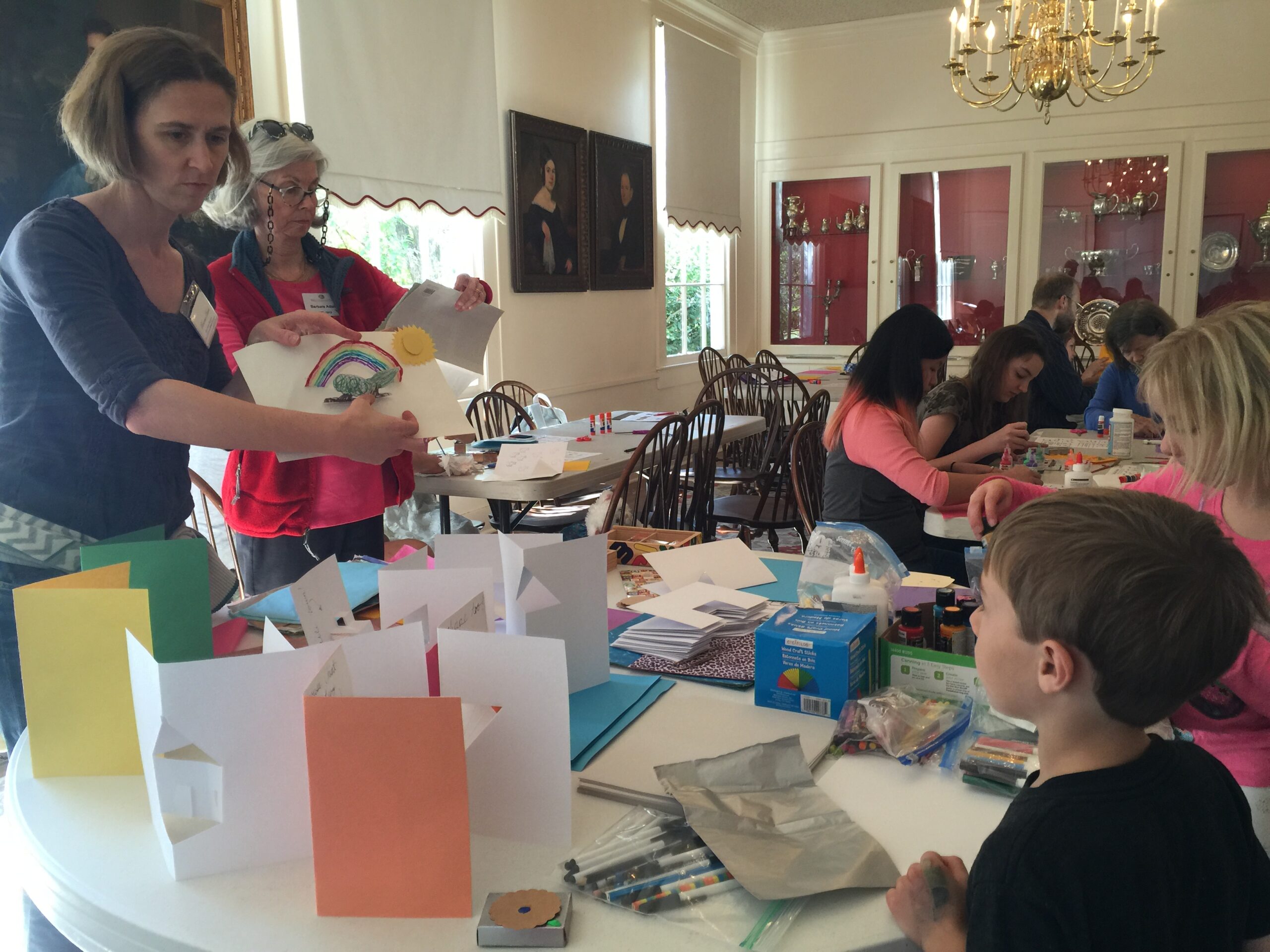 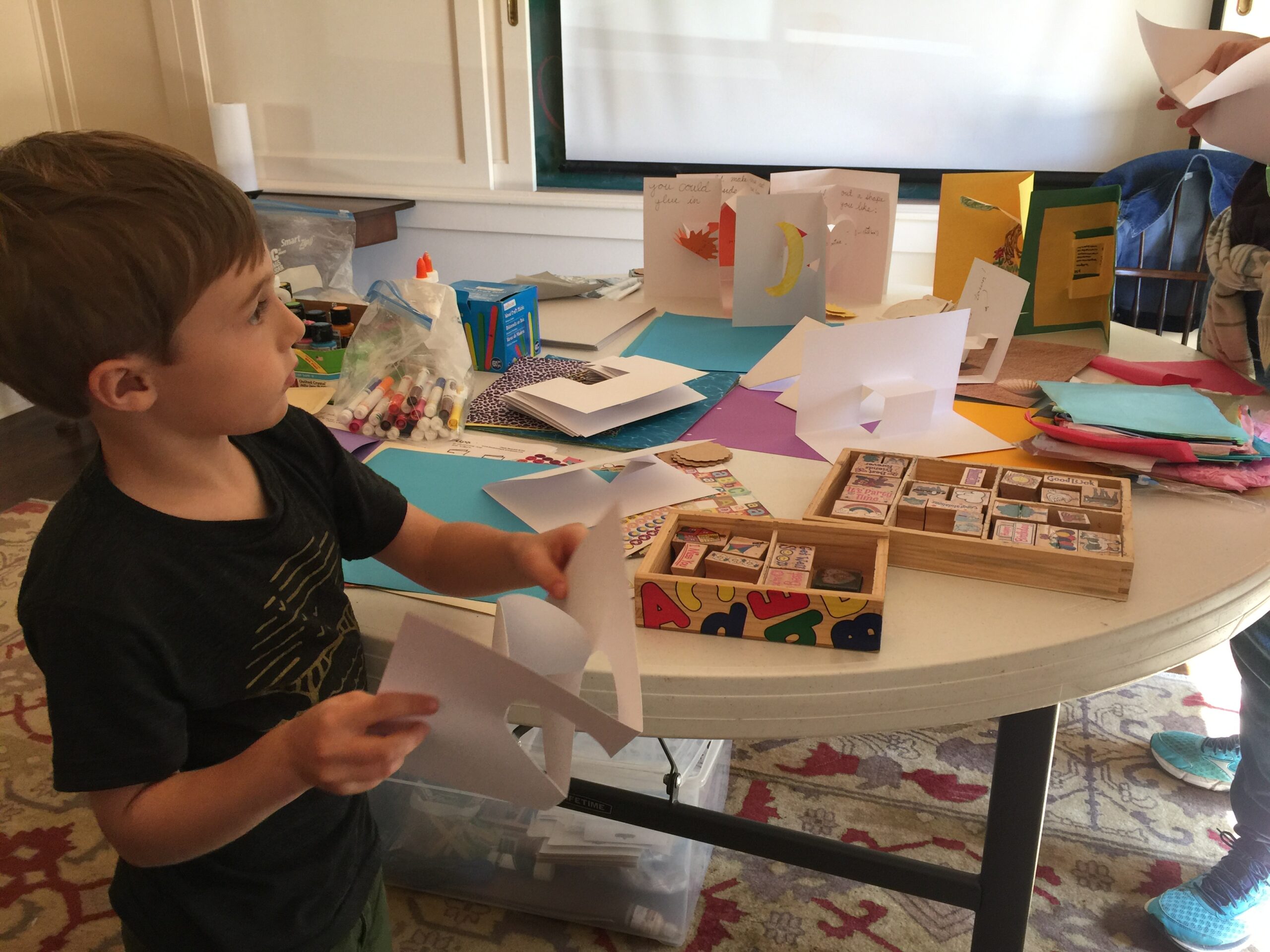 We both decided to make Valentine’s pop-up cards for my 3-year-old, who hadn’t been able to join us because he was at home sick. We even found a “Get Better Soon” stamp to use on our cards! 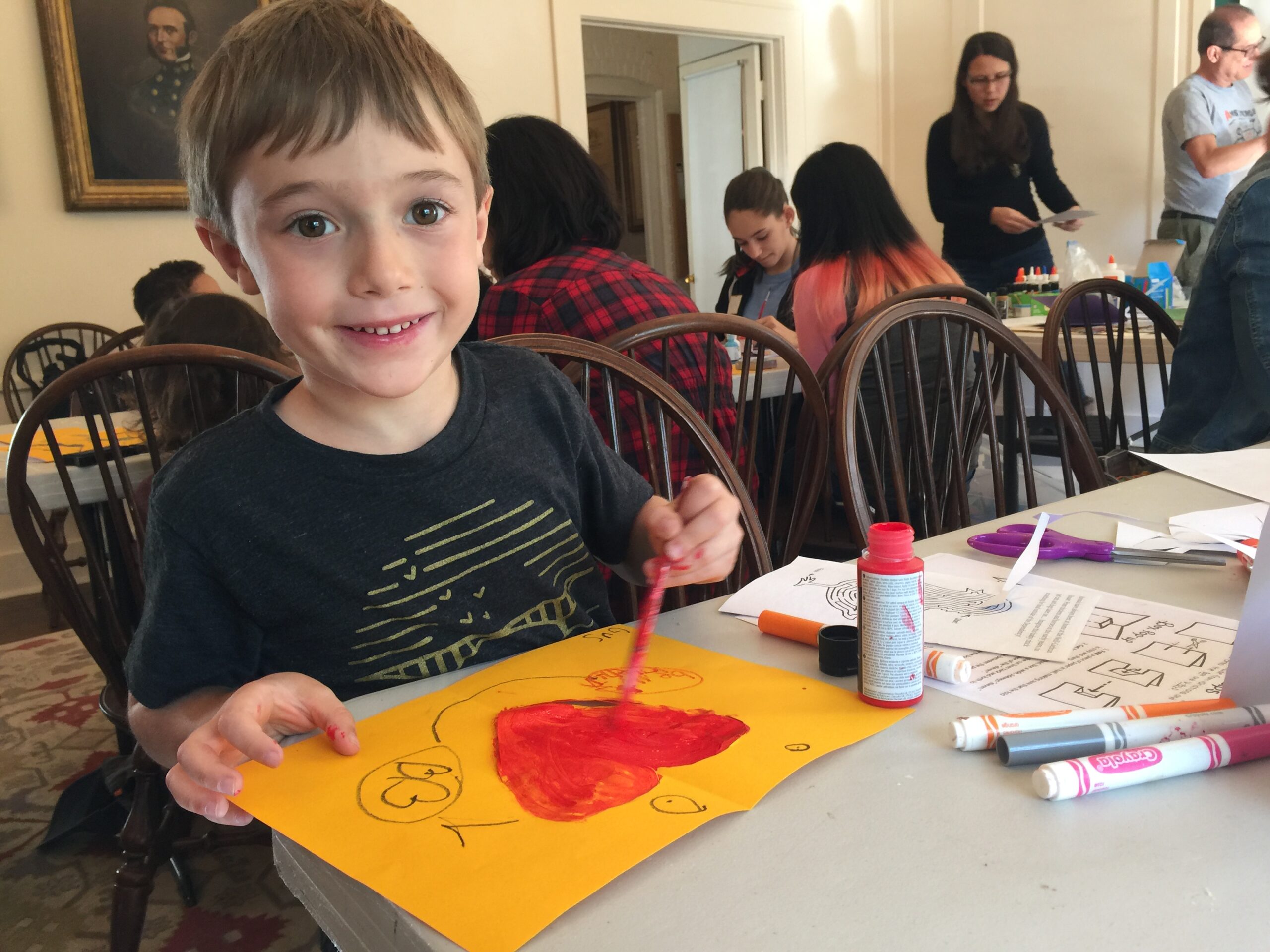 There were many friendly and helpful volunteers available to bring us water for painting, or anything else we needed. They even offered to clean up after us when we were ready to leave! 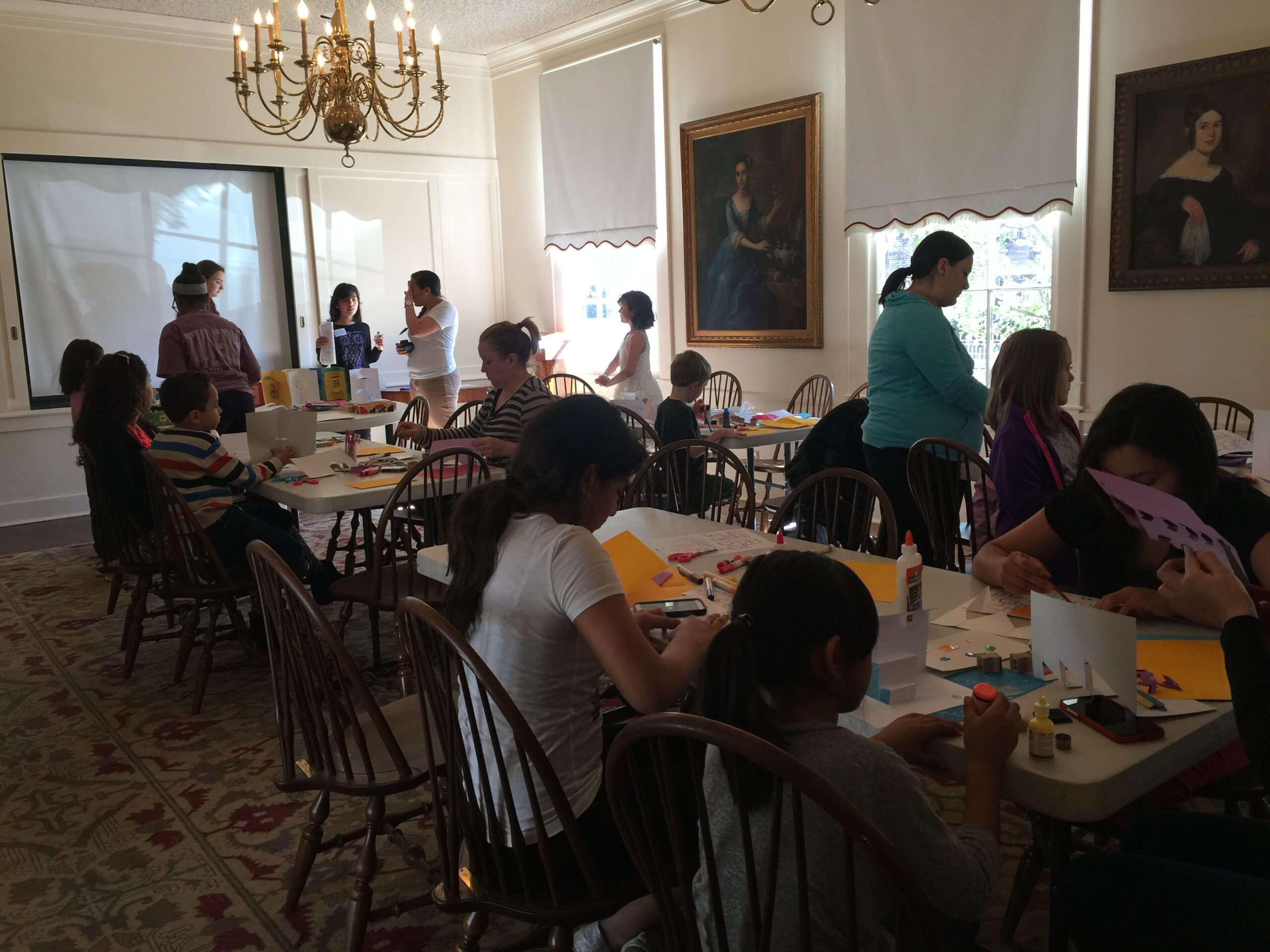 My son initially wanted to play some lawn games when we headed back outside, but got a little too shy to play and changed his mind. It was a beautiful day to hang out on the front lawn and play some badminton or toss the football around, but we were eager to get home and check on our sick buddy, and give him our pop-up cards.

Next month’s Sunday Funday event–on March 6, 2016–features invisible ink!  Sunday Fundays at the Neill-Cochran House Museum are free and open to the public.  They are held at the Museum from 1-4 p.m.

Museum parking is easy to find and is located behind the house. If the lot is full, there’s a parking garage at University Towers at 23rd and Pearl.

For more information, please visit the Museum website. You can learn more about the history of the home here.