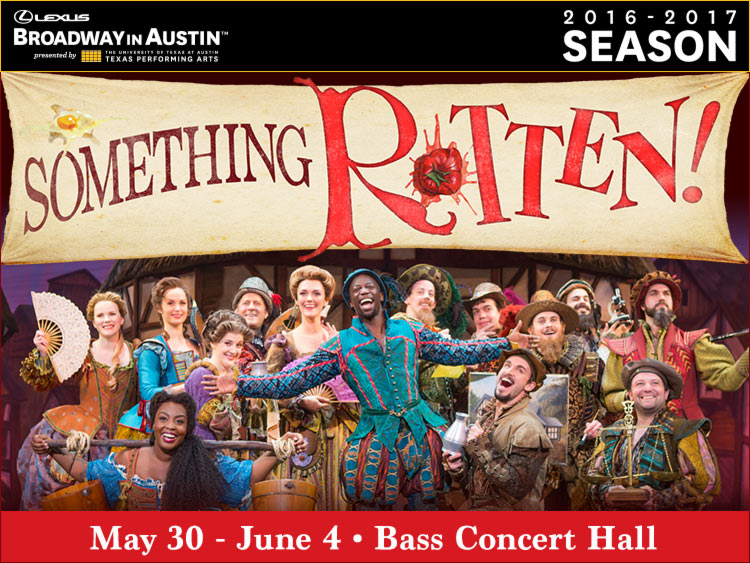 <i>Something Rotten!</i>: Broadway Comes to Austin May 30–June 4 (Plus a Ticket Giveaway!)

The final show of the 2016–17 Lexus Broadway in Austin season is on the horizon!

A touring production of Something Rotten! comes to Austin’s Bass Concert Hall May 30–June 4, 2017 — and you could win a pair of tickets to the opening night show!

Set in 1595 and hailed as “Broadway’s funniest musical comedy in at least 400 years” (Time Out New York), Something Rotten! tells the story of Nick and Nigel Bottom, two brothers who are desperate to write a hit play. When a local soothsayer foretells that the future of theatre involves singing, dancing, and acting at the same time, Nick and Nigel set out to write the world’s very first MUSICAL! With its heart on its ruffled sleeve and sequins in its soul, Something Rotten! is “The Producers + The Book of Mormon x The Drowsy Chaperone. Squared!” (New York Magazine). 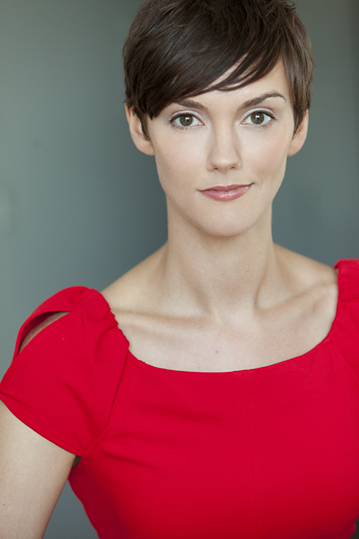 Recently, Free Fun in Austin had the pleasure of communicating with Something Rotten! cast member Leah Hofmann. A St. Louis native who now resides in New York City (when not touring the country with Something Rotten!), Hofmann has performed as a Radio City Rockette and an actor and dancer in productions like Young Frankenstein and The Merry Widow, as well as in puppetry shows and the Salzburg Opera Festival in Austria.

Hofmann notes that when Something Rotten! closed on Broadway on Jan. 1, 2017, there were many patrons who had seen the production over 20 times—and several who had seen it at least 40 times…and the same people continue to see the show on tour. So what is it about this production that has people coming back for more, again and again? Let’s explore!

FFIA: Is there anything in the story of Something Rotten! that you relate to as an artist/performer?

Hofmann: Well, besides the struggling artist part… (Just kidding! Maybe…) After you finish one project, it’s always a fearful journey to decide what’s next. Whether or not your preceding work was a “success,” how do you top it? Especially if your work is a hit, how do you create art that raises the bar above the work before it? Albeit humorous in nature, that’s exactly what the two Bottom brothers and Shakespeare experience as playwrights in the plot of Something Rotten! I, like any other artist, experience this fear, and I try to handle it by exploring many different art forms, always mixing up types of projects: dance, puppetry, writing, film, music, fine artwork, commercial pieces, indie work, etc. That way no project is like the one directly before it, and I feed from the skills I learned from each project to the next.

Humorous stories often have a more serious message, theme or core. Is this true of this production?

Yes, that is absolutely true. In fact, comedy only works if it is rooted in serious truth and reality. While Something Rotten! is an over-the-top, spoofy, comedic piece, the characters realize the only way to create valuable, memorable, inspiring art is to stay true to yourself and your message. Trying to be someone else only ensures unnecessary pressure, and people can usually detect the disconnect.

That’s the beauty of us all as individuals. We all have something different to say and a different way of saying it. For our beloved characters in Something Rotten!, we learn that the Bottom brothers develop a very new mode of storytelling apart from Shakespeare, but of course I shan’t give that part away…

Fans love Something Rotten! for its cheeky, irreverent yet heart-on-its-sleeve energy (and the production has received 10 Tony award nominations). Shakespeare fans love it for its good-natured, satiric jabs at the Bard’s productions. What are you excited for Austin audiences to experience at the show, and what do you hope they’ll take away from the performance?

First of all, selfishly, I am extremely excited to be in Austin. As an artist, all I hear is how wonderful and creatively inspiring Austin is as city, and I’m looking forward to my first of many visits.

Of course Austin will find the humor and charm in Something Rotten!, but I also think these audiences will appreciate the clever writing, musical hooks and ingenious wit throughout the entire show. The show’s writers Karey and Wayne Kirkpatrick (yes, they are brother writers, just like the Bottom brothers in the show) and John O’Farrell worked years on end to plug references to musicals and Shakespeare plays at every corner. This also explains why the show has a huge following; people who have seen it numerous times and counting love discovering new bits. I’m still finding references in the orchestrations and bantered dialogue. I have no doubt Austin will enjoy the search as well.

I also hope that during these crazy times when our country and the world endlessly create new drama in our lives, we as artists in Something Rotten! may offer a couple hours of respite and joy for our audiences, and inspire other artists to do the same. Laughter truly is the best medicine.

Thank you so much, Ms. Hofmann, for your thoughtful comments and insights! 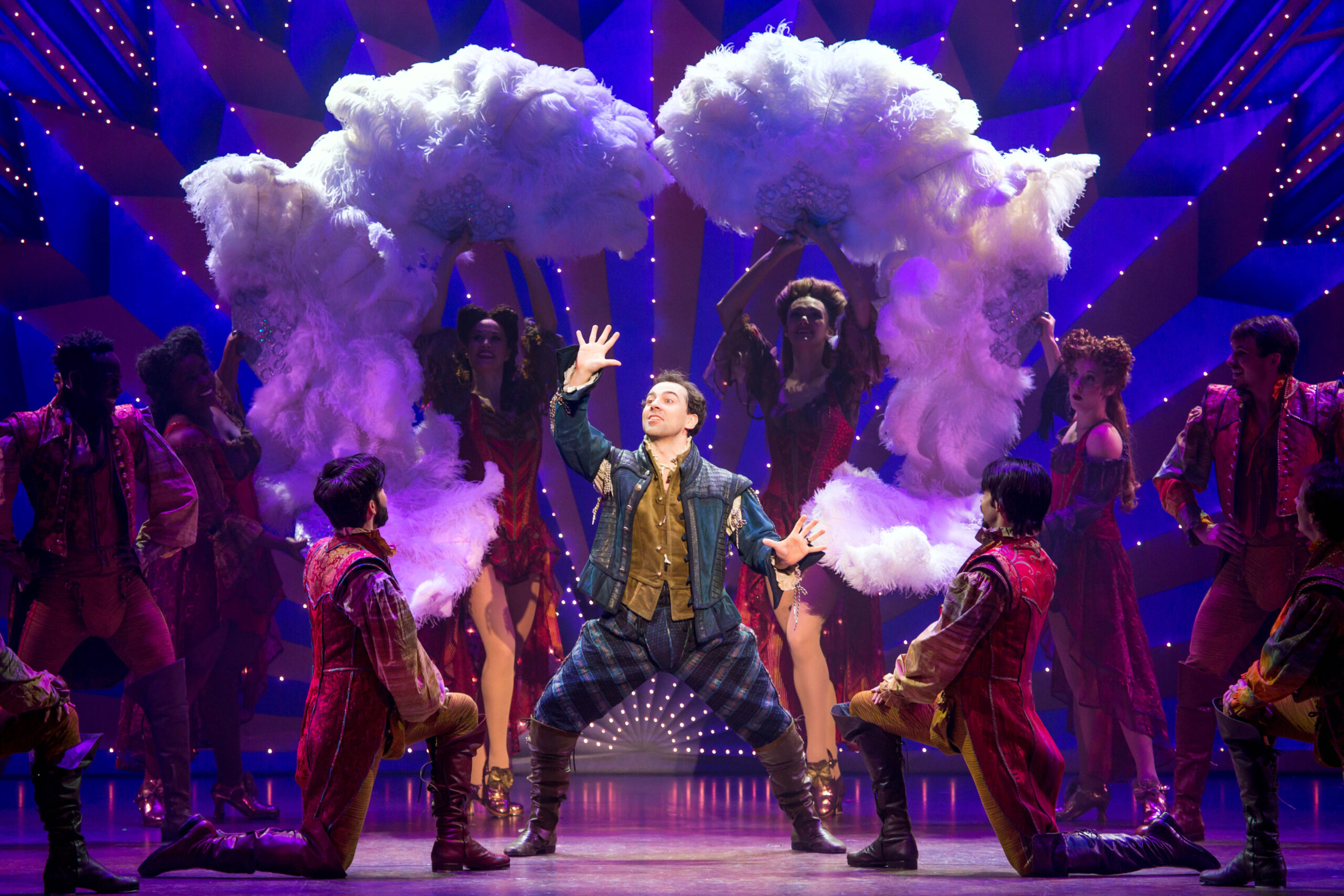 Purchase Tickets to the Show and Enter to Win Our Free Tickets Giveaway!

To enter the giveaway for two tickets to the opening night performance of Something Rotten! on May 30, 2017, at Bass Concert Hall on the UT campus, simply fill out the form below. The giveaway ends at 11:59 p.m. on May 23, 2017. One winner will be selected at random and notified by email with ticket pick-up instructions. Official Giveaway rules.