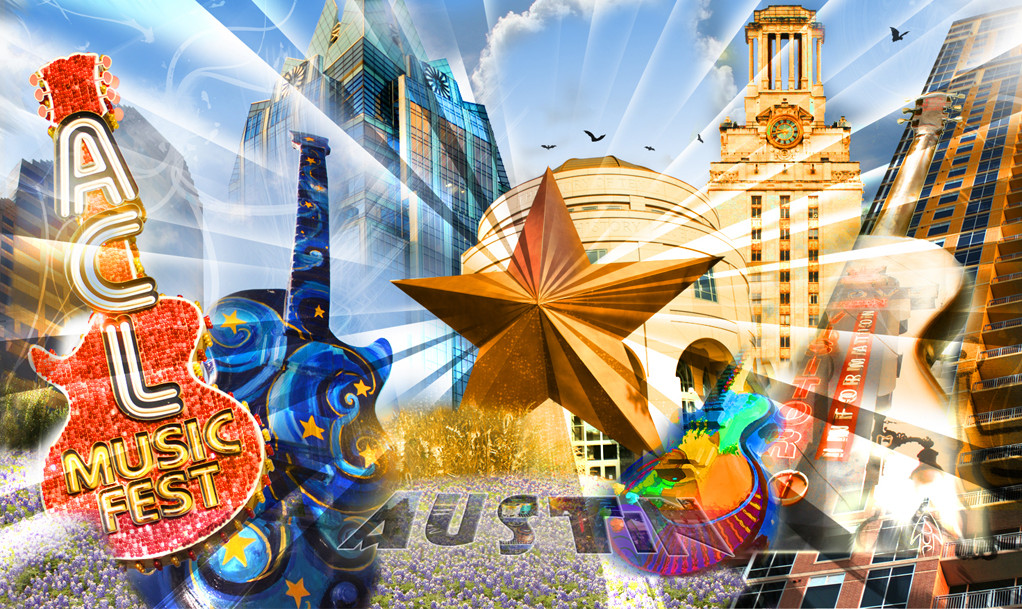 The Great Pyramid of Giza. The Hanging Gardens of Babylon. The Lighthouse of Alexandria. These are just three of the ancient world’s seven wonders, certified “EPIC” by the ancient Greek historian Herodotus. Of the seven, only the Great Pyramid still stands today, a fact which has provoked many controversial new wonders lists, including structures such as Stonehenge, The Colosseum, the Empire State Building, the polar ice caps, and Jerusalem. A recent list even dubbed the Internet as wonder number five.

RELATED: Vote now on the 8th wonder of Austin!

Most of the world’s official hall-of-famers are far out of reach in our everyday lives, but happily, Austin boasts seven of its very own wonders…

As the seat of government of the “Everything-Is-Bigger-Here” state, it’s no wonder that the Texas State Capitol Building boasts a commanding presence. At 308 feet, it towers over downtown Austin and even stands a good ten feet taller than the United States Capitol Building. It was built in 1888 with classy Italian Renaissance Revival style and “sunset red” granite hewn from nearby Marble Falls.

The University of Texas

Founded in 1883, the University of Texas at Austin enjoys the fifth-largest single campus enrollment in the nation by hosting more than 50,000 students and upwards of 24,000 faculty and staff. Just blocks from the State Capitol Building, the Austin campus is the UT education system’s flagship campus and is praised for its research-heavy curriculum and thriving athletic program.

Home to the largest urban bat colony in the world—that’s 1.5 million Mexican free-tailed bats during the summer, thank you very much—the Ann W. Richards Congress Avenue Bridge was built in 1884 and stretches over Lady Bird Lake. The bats roost beneath the bridge between gaps in its concrete component structures and generate big tourist bucks for the city with their nightly flights and general awesomeness.

Known simply as “South By” to locals, South by Southwest is an annual 10-day, world-renowed (and attended) film, music, and interactive festival that invades Austin each spring. SXSW began in 1987 and has since exploded with popularity to become the largest music festival in the world, featuring 2200+ musicians and locking down entire sections of the city. In fact, SXSW is just one of many reasons that Austin has dubbed itself “The Live Music Capital of the World,” and why no one really argues.

Guitar legend Stevie Ray Vaughan might not have been born in Austin, but he contributed a great deal to ATX’s thriving and competitive musical scene. Since his tragic death in 1990, Austinites have memorialized Vaughan with a statue erected at Auditorium Shores, where he often performed. Ann Richards, governor at the time of Vaughan’s death, even declared the musical great’s birthday, October 3, 1991, as “Stevie Ray Vaughan Day.”

Arguably the most beautiful natural space in Austin, 725-acre McKinney Falls State Park is truly a wonder of the Texas hill country. The park is only fifteen minutes from the Capitol and features two limestone swimming holes, nearly 10 miles of hiking and biking trails, 90 primitive and developed campsites and cabins, and several retreat facilities, as well as a very rich variety of native flora and fauna.

If the Capitol is Austin’s pillar of government and UT is its center of education, then the downtown area surrounding Sixth Street and South Congress is Austin’s cultural hub, epitomizing Austin’s “weirdness” and harboring the best of the city’s live music and entertainment venues, and local retailers and eateries.

While these seven Austin greats make an excellent Wonders list, there are many other Austin icons that deserve recognition! If you have a suggestion for consideration, tweet about it (@Austin #8thWonderofAustin), or leave a comment on our or Facebook page.
——