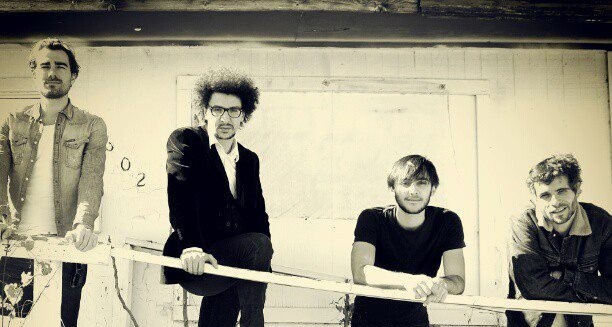 Send 2014 Out In Style With These Five Austin Shows

Twenty-fourteen has been an incredible year for Austin music. Austinites have been able to enjoy bands from almost every genre, from Outlaw Country and hard Rock to EDM and Hip Hop. Our burgeoning music scene only promises to get better, with new, innovative bands popping up almost every day.

This week, we’ve chosen to celebrate the best of the established Austin artists who make our city the most unique in the county, as well as the new acts who push the envelope. These five shows are the perfect way to cap off a stellar year for Austin music.

What better way to honor two of our greatest American songwriters with some of Austin’s finest musicians. This Friday, artists like Kacy Crowley, Rosie Flores, Raina Rose, Jaimee Harris, Erin Ivey, Barbara Nesbitt, and Suzanna Choffel pay homage to the great Tom and Tom. Expect a killer version of Tom Wait’s “Alice” among many other beautiful covers. This event sells out quickly, so make sure to get your tickets in advance.

San Antonio native Ginger Leigh has easily one of the best voices in Austin. Sexy, sultry, and powerful, her range is incredible. After twenty years in our city, this year has been a particularly stellar one for her, and her shows at The Saxon Pub are packed with devoted fans. This year alone, she has been featured in USA Today, Vetta Magazine, The Austin Chronicle and on Balcony TV and Good Day Austin. Do not miss this vivacious and uniquely talented performer.

This year has been an incredible one for one of Austin’s most talented singer/songwriters. With her beautiful, acclaimed release “Nectar” as well as a Coca-Cola commercial among her many accolades, Wendy has been on the road for much of the year. This Saturday at Strange Brew will mark one of her rare Austin shows, so make sure to catch her before she continues her tour of the rest of the country.

With their blend of heavy blues, rock, and a little funk thrown in, Hooka Hey bowled us over at Lambert’s a few weeks back. Their new single “Nasty” is just that, in the best way possible. Down and dirty, they are an exhilarating live band, and The Mohawk is the perfect venue for them. Hooka Hey have been making quite a splash these last few months, so now is the time to see them do their thing.

This Sunday marks one of the last shows in the inspired Soul of A Musician Series. Patrice Pike has been a local and national star for years now, as a solo artist and with her band Sister 7, who had a mega-hit on the Billboard Chart with their song “Know What You Mean.” A member of the Austin/Texas Music Hall of Fame, she promises a night of beautiful music and great storytelling.