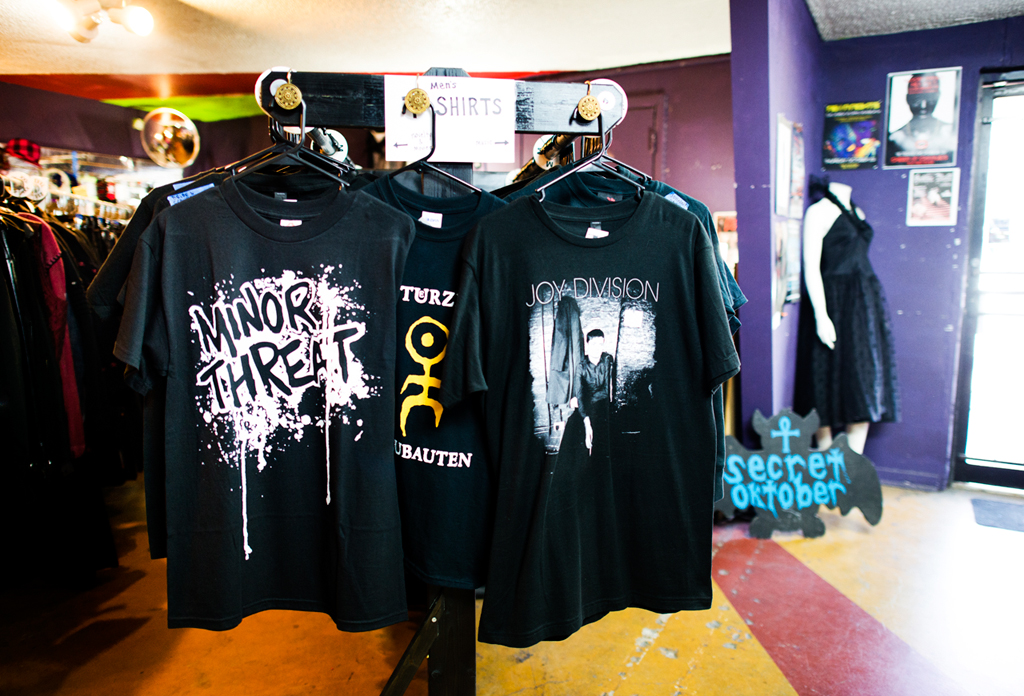 Anyone who says punk or Goth is dead clearly hasn’t been to Secret Oktober.

The Austin-based store, which is named after a Duran Duran song, was founded in 2004 by Cassandra Davis and is now owned and run by Davis and Mary Milton. They sell new and used punk, Goth, dark wave and industrial clothes, accessories and local band merch, ranging from band t-shirts to black skull studs, at the physical store and online. But it goes beyond just what they sell: Secret Oktober also puts on events like the Gothic Ball (a dance where the dress code is goth) and keeps people informed on the local scene with their useful event listings on the website.

In other words, Secret Oktober runs an entire community.

“Between us and Elysium (a Goth and alternative night club), we’re at the center of it all,” Davis told Austin.com. “We definitely are the glue holding the scene together. Since we’re at the heart of the scene, we also know what’s going on in town. That’s not something you can get when you’re just ordering t-shirts online.”

Davis is the perfect person to play such a pivotal role in the local Goth and punk scenes. She’s been listening to Goth music since she was a nine-year-old living in the Midwest (she’s now in her forties). She went on to work at retail stores like Hot Topic, not only getting deeper into the scene but also learning valuable business lessons like ordering products and managing stores.

She moved to Austin 16 years ago, after her husband landed a job in Austin in high tech. Not long after, she decided to combine her skills in retail and management with her love of punk and Goth by opening up Secret Oktober. Being set in the live music capital of the world is an added perk.

“There’s definitely a great Goth community here,” Davis said. “It’s very tough to keep an independent shop going. I’m grateful we’re still here and hope we can continue to stay for a while.”

We hope so, too! Check out Secret Oktober at 2101 South First Street from 12-8 every day and online.