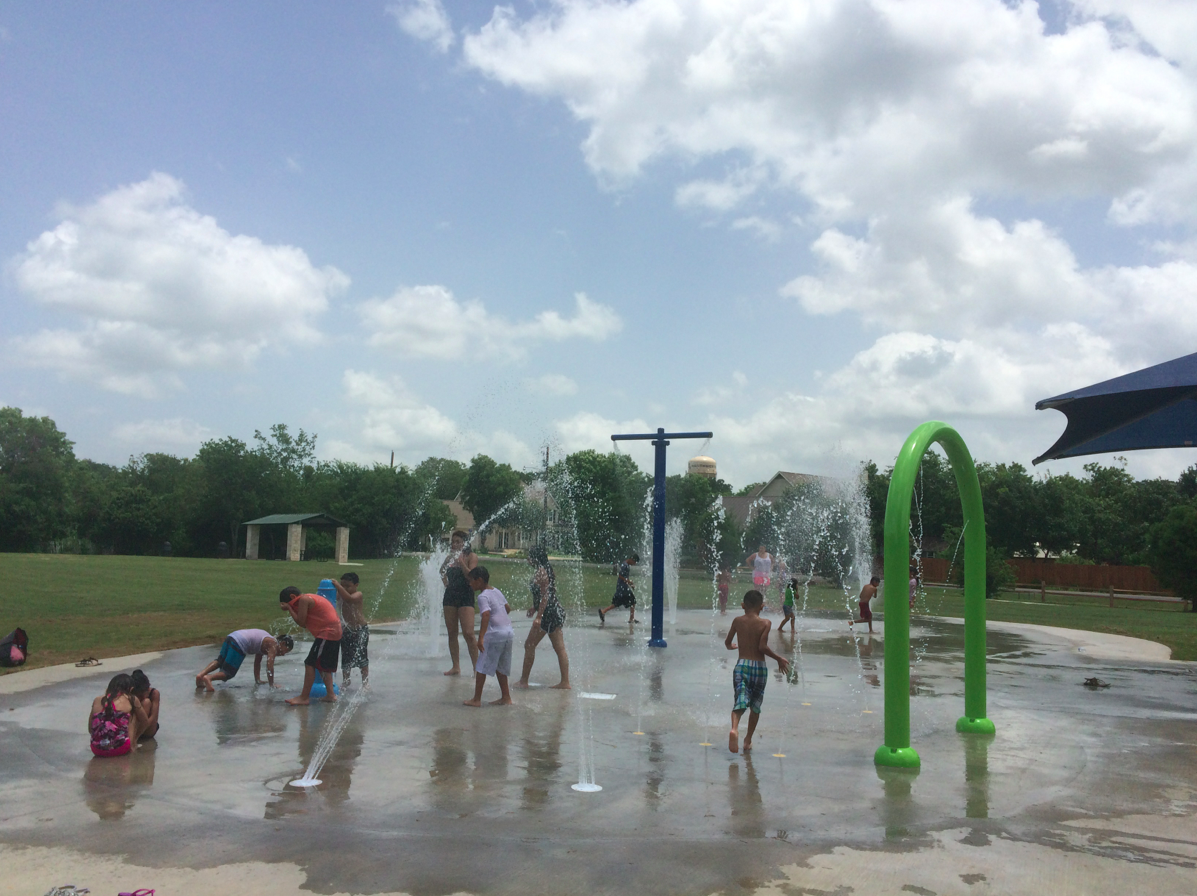 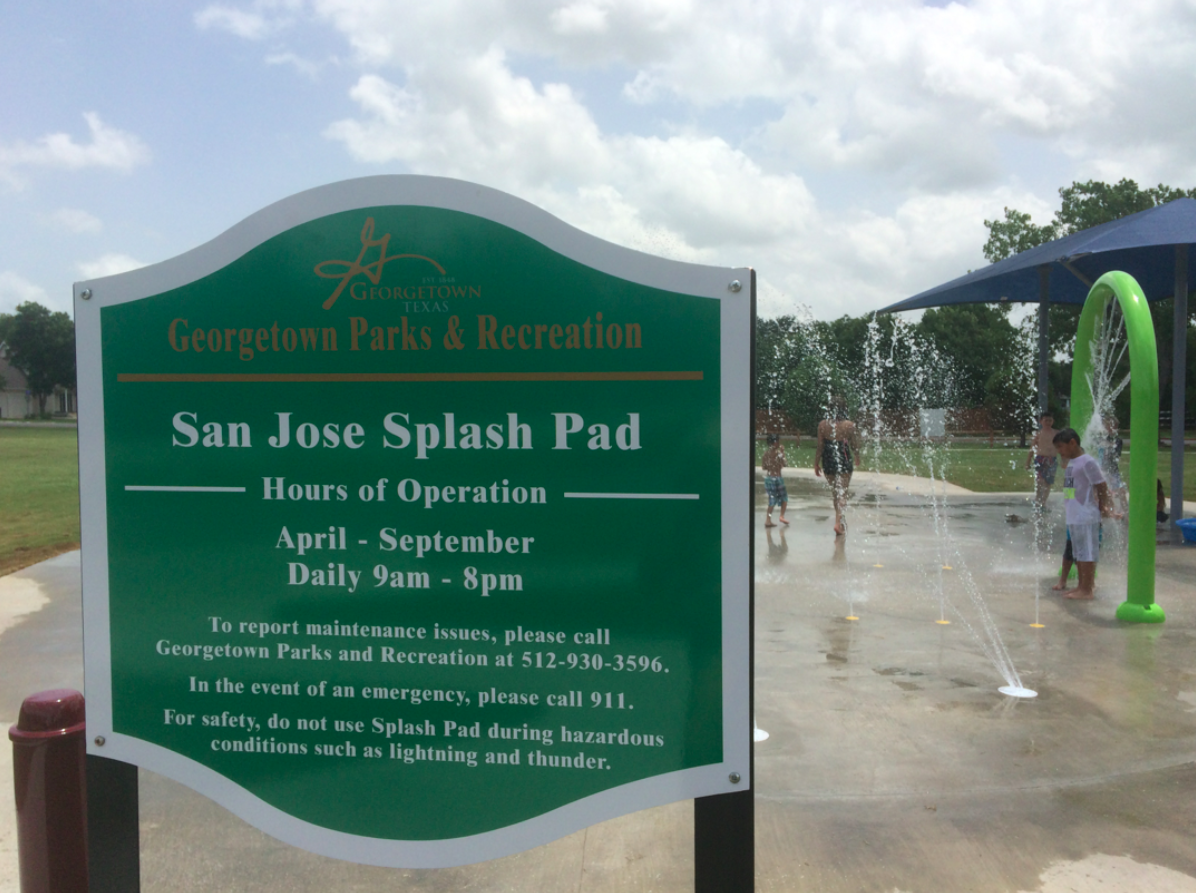 Today, Georgetown Parks and Recreation celebrated the grand opening of the city’s first free neighborhood splash pad!  Located in San Jose Park at 1707 San Jose Street, near the intersection of Maple and 15th streets, the San Jose Splash Pad is free and open to the public. It will operate daily from 9 a.m. to 8 p.m. 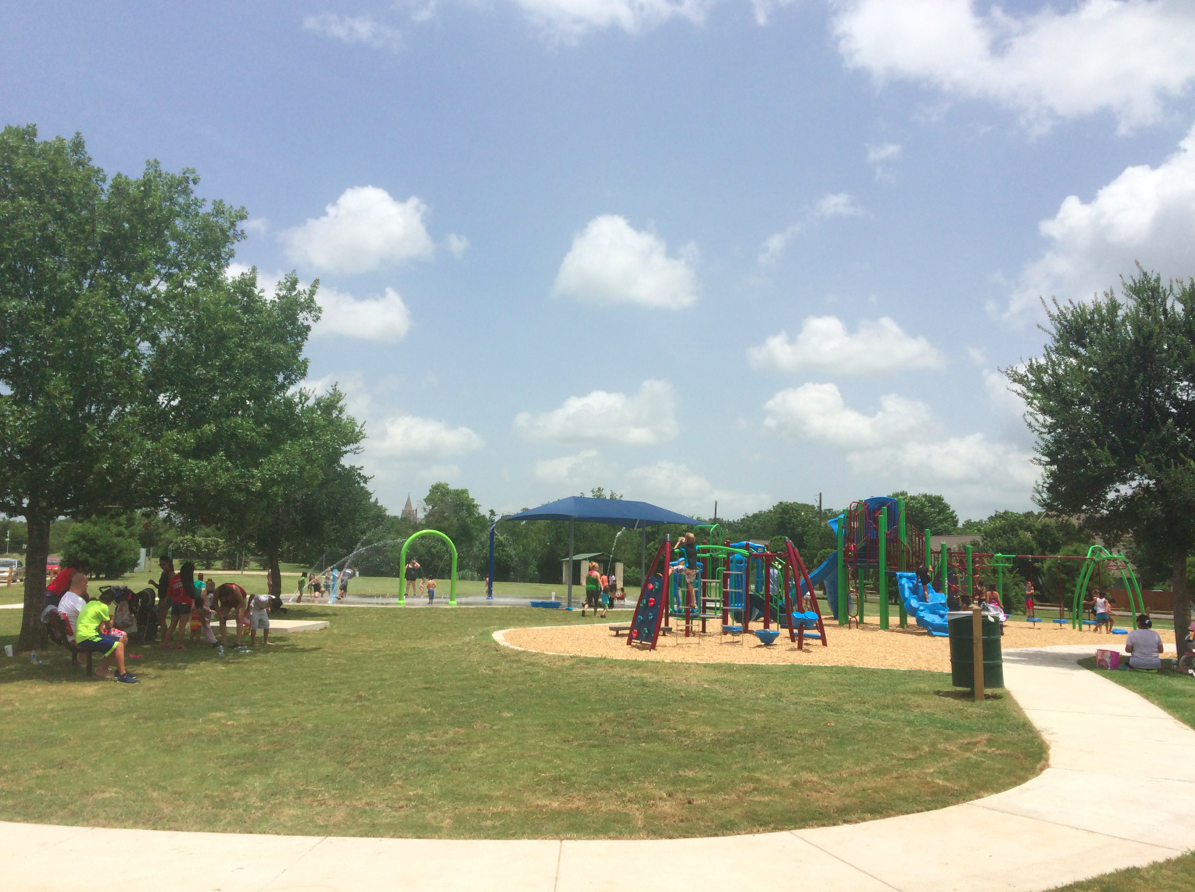 A motion sensor activates the spray features to run for several minutes before turning off automatically. The play area has a shade awning on one side. 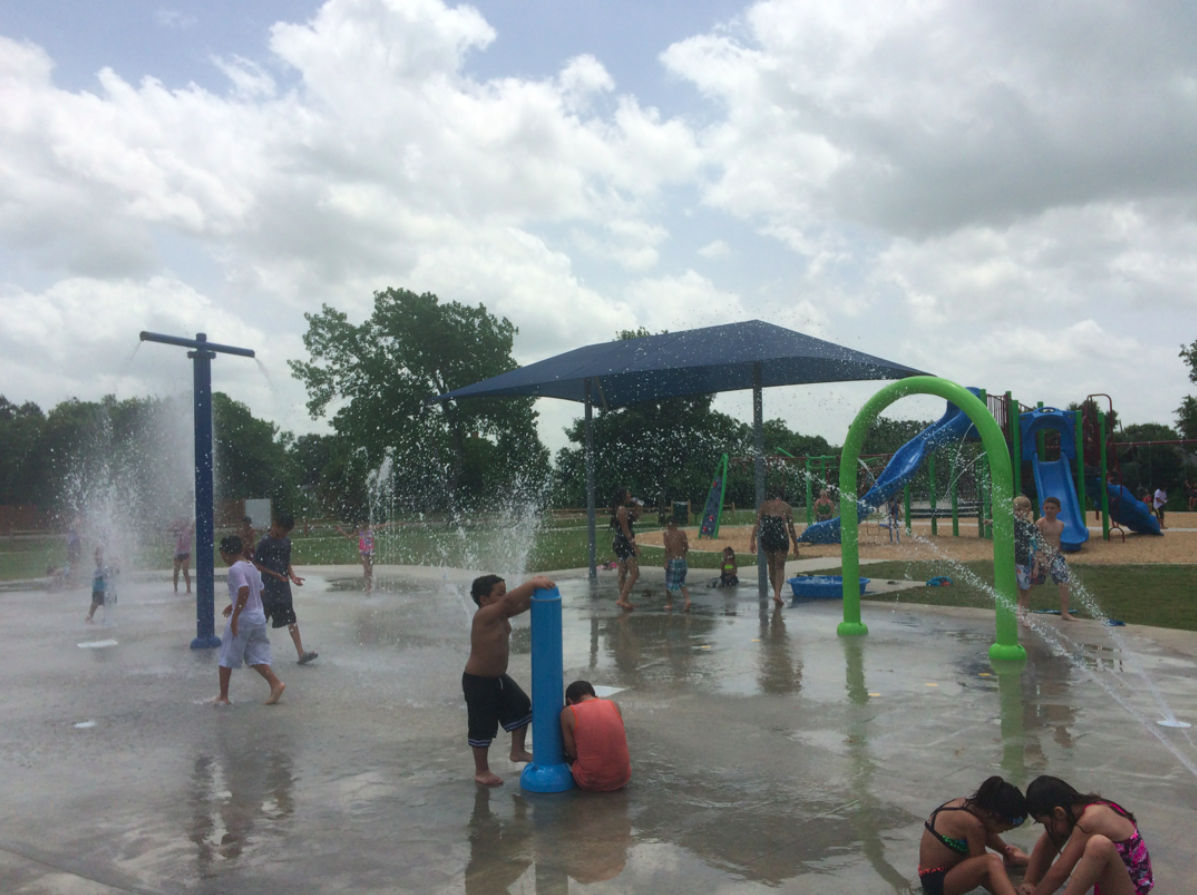 The splash pad will use recirculated water that is filtered, chlorinated, and stored in a tank below the surface. Parks staff will check chlorine levels daily. 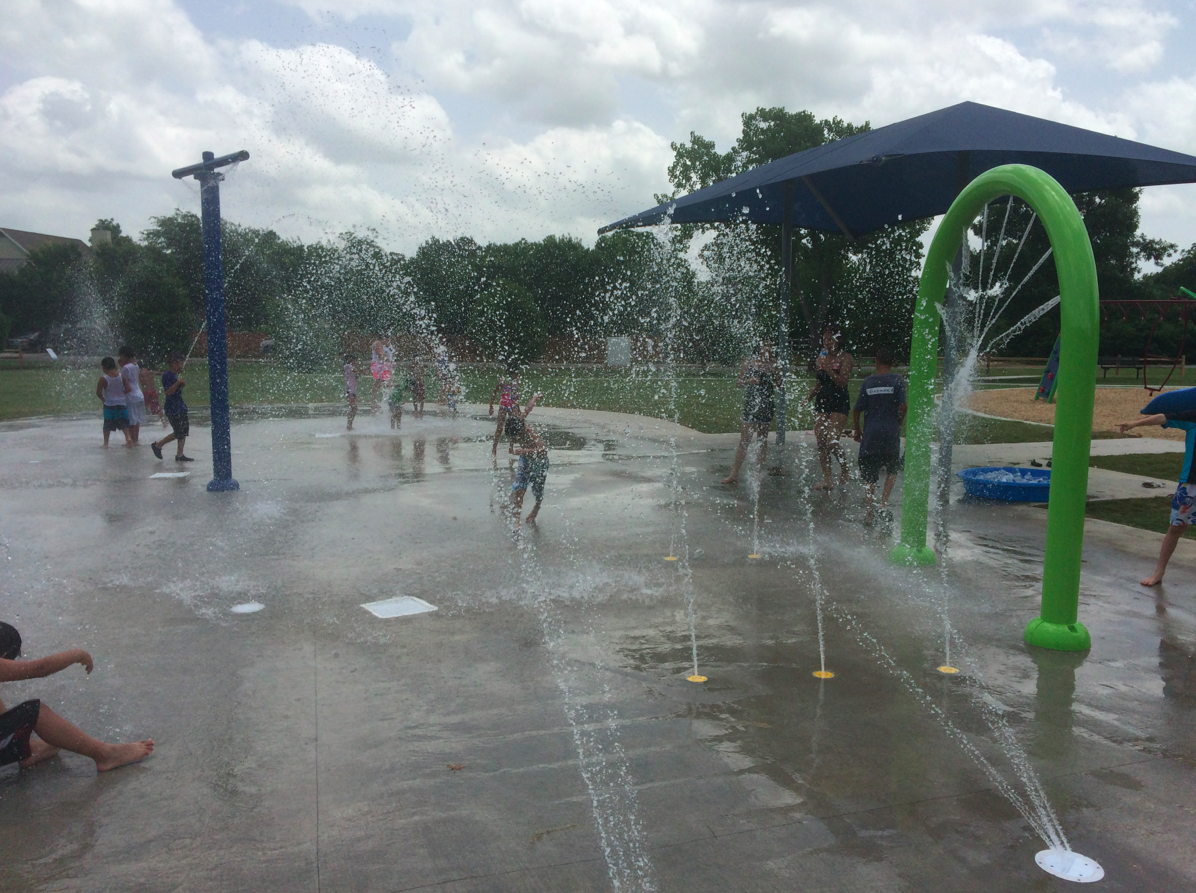 The new splash pad was added to San Jose Park in a second phase of recent renovations. Last year, the park was improved with the addition of new playground equipment, a parking area, and restrooms. 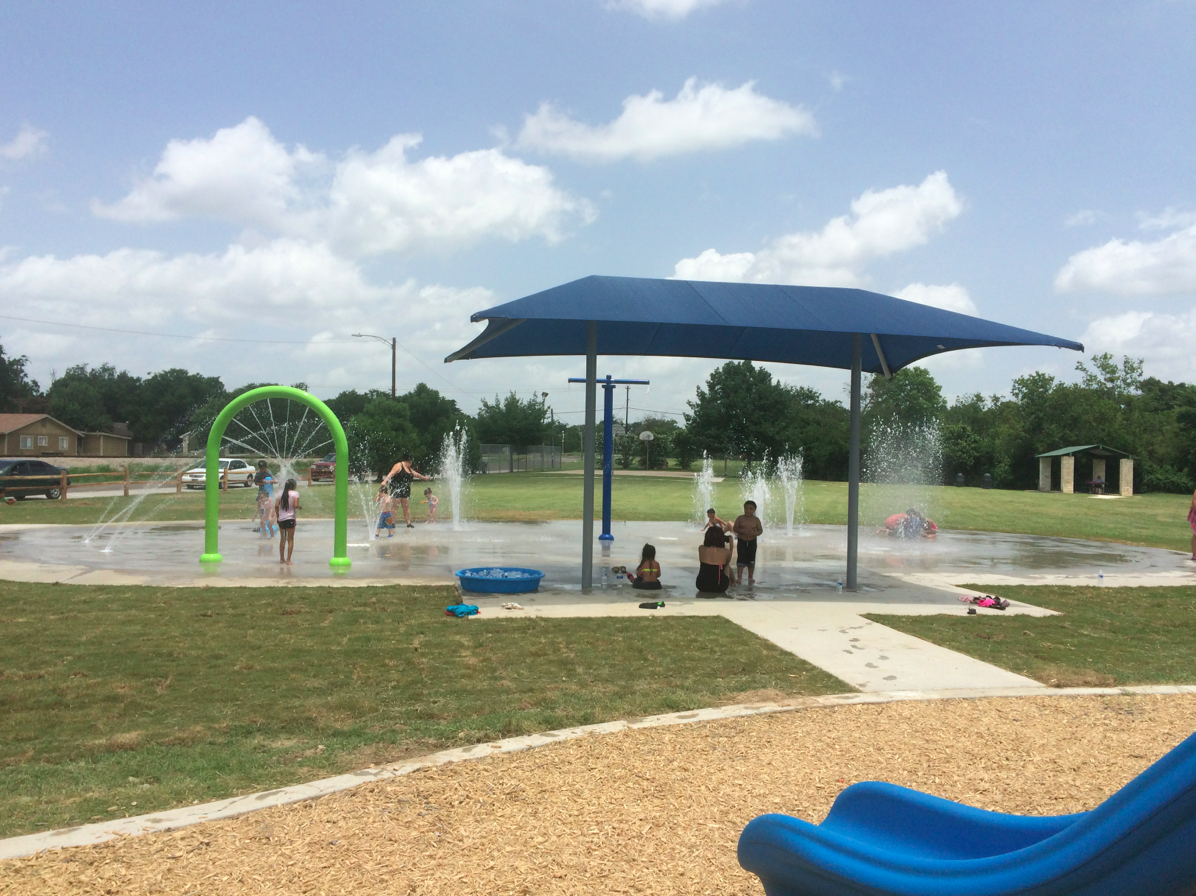 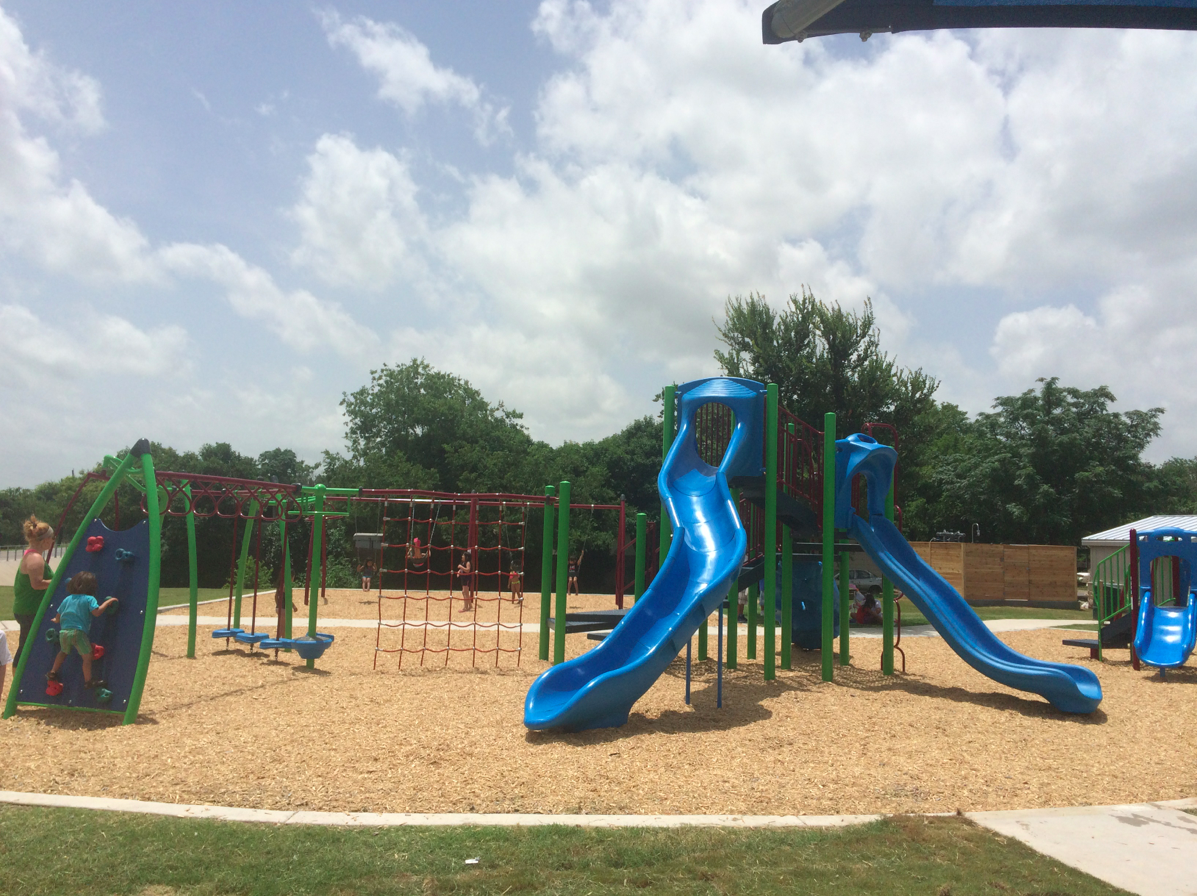 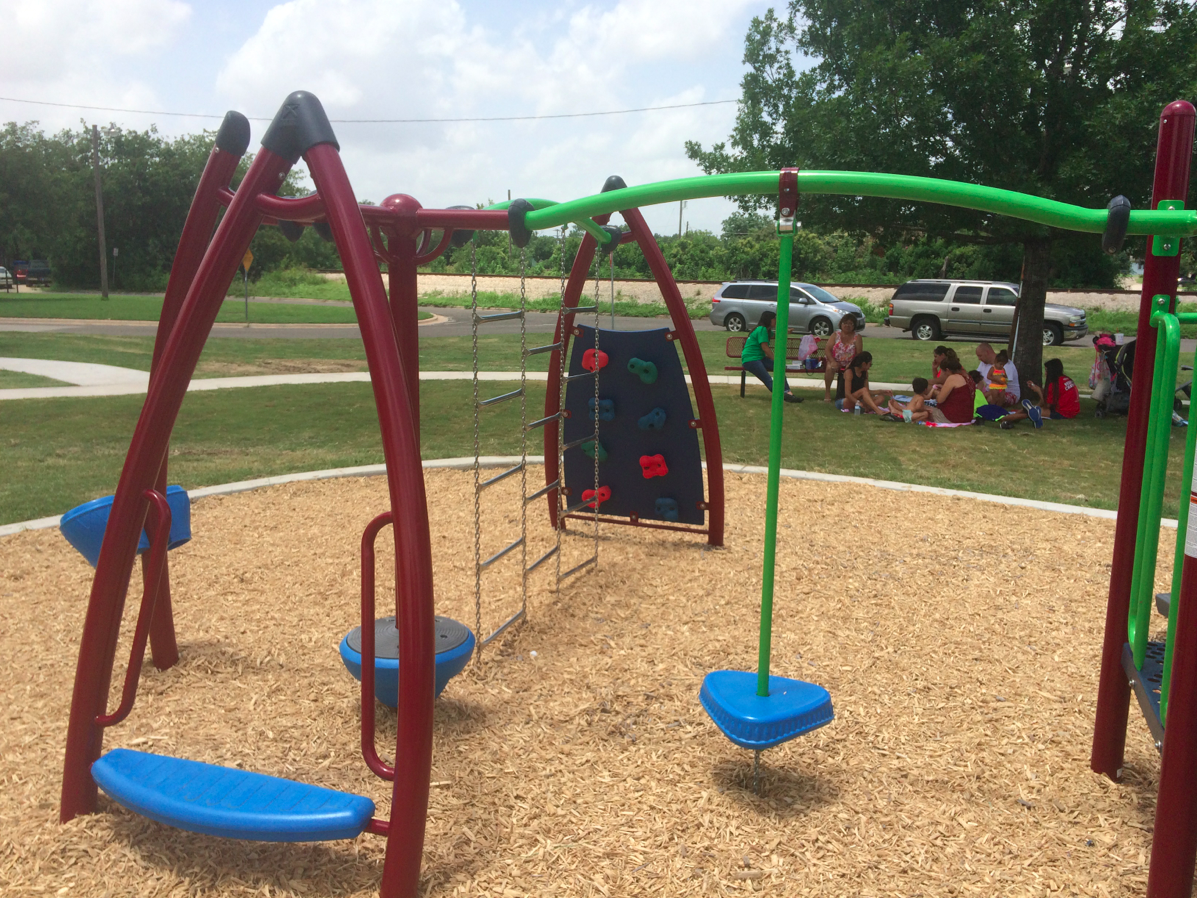 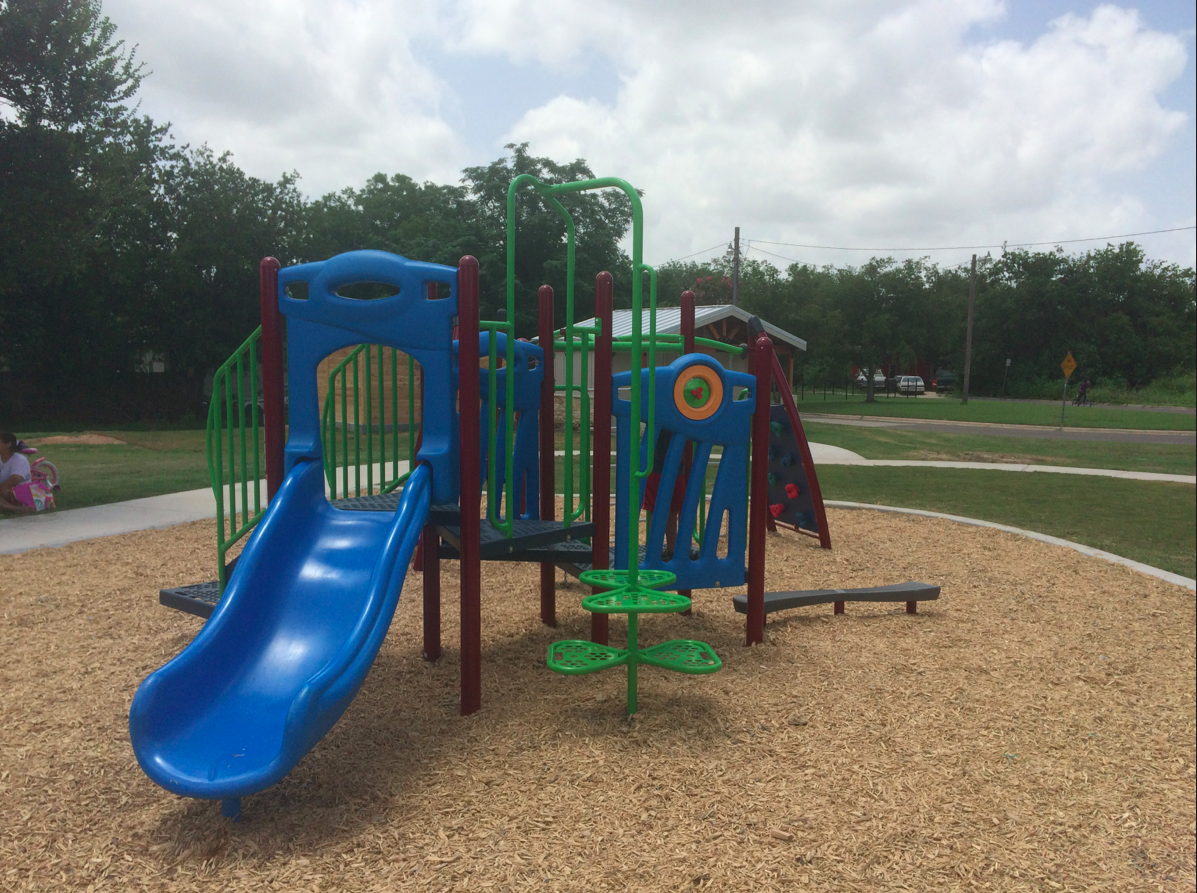 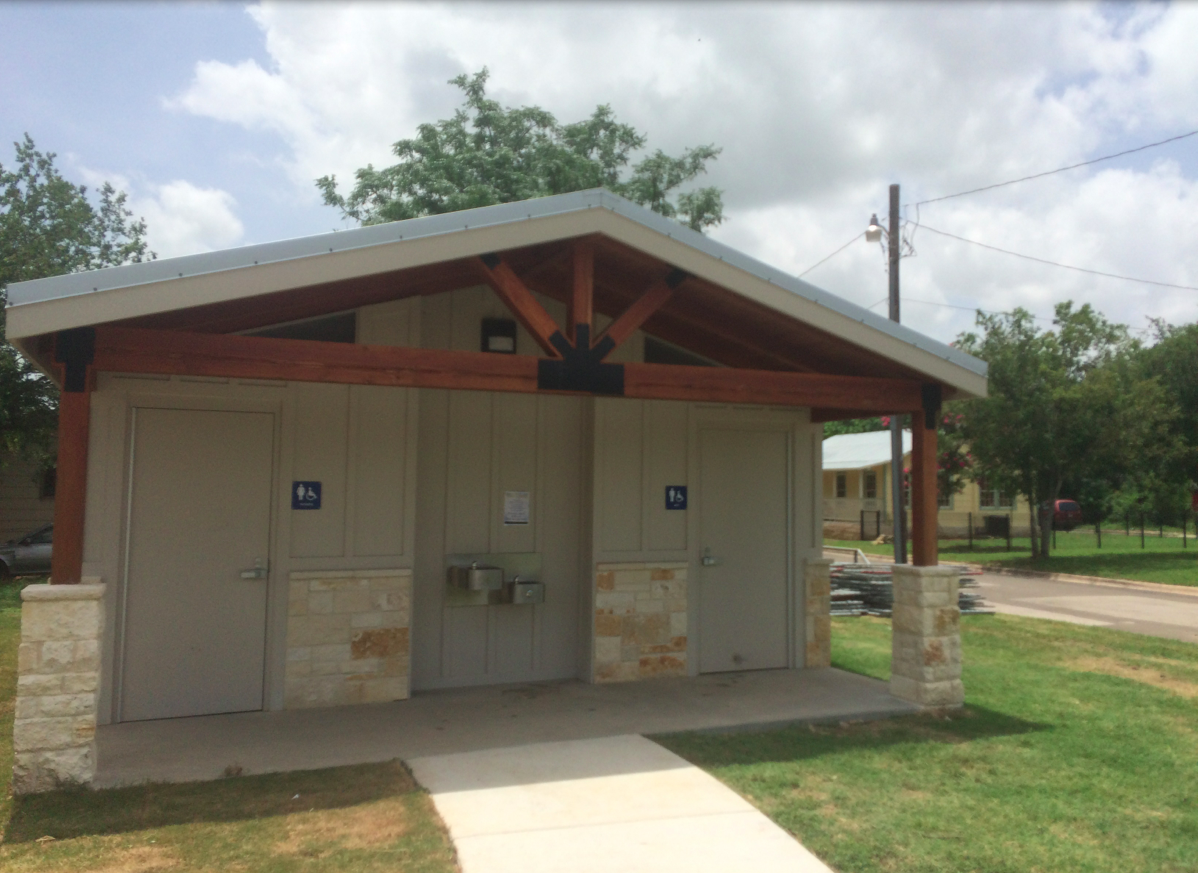 The splash pad will operate each year from April 1 through September 30. Daily hours during that season are 9 a.m. to 8 p.m.

You may also be interested in the Georgetown Rec Center Splash Pool, which charges admission ($2 – $3 for ages 4 and up; free for children 0-3).