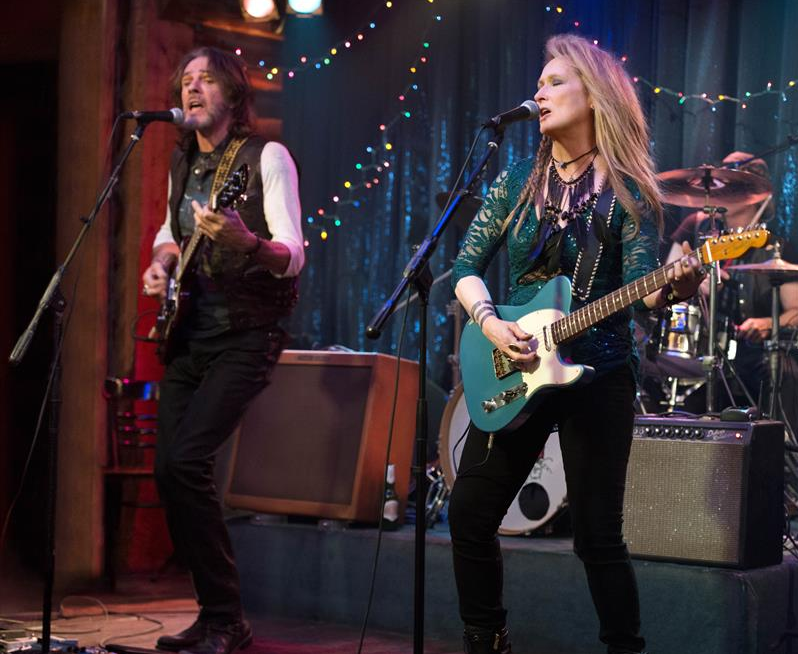 Rick Springfield and Meryl Streep perform in Ricki and The Flash. Photo by Bob Vergara, courtesy of TriStar Pictures.

Ricki and The Flash, which opens in theaters today, is a musical drama that doesn’t come tied up in a bow. There’s no lovable heroine who rights all past wrongs to ensure a Hollywood style happy ending. Instead, there’s a rough around the edges main character who is largely unapologetic for the pain that she leaves in her wake. But, the hot mess that is Ricki Rendazzo is played by Meryl Streep, so you know the ride is going to be interesting. Like Amy Poehler joked at the 2013 Golden Globes, “Meryl Streep is not here tonight. She has the flu – and I hear she’s amazing in it.”

In Ricki and The Flash, Streep plays a mother of three, who left her children behind in pursuit of rock ‘n’ rock stardom. This dream didn’t pan out and she ended up broke, alone, and a bit twitchy. By day, she works as a cashier in a San Fernando Valley supermarket, where she has difficulty smiling and not alienating the customers. At night, however, she comes to life onstage at a hole in the wall bar, where she plays opposite lead guitarist Greg, played by Rick Springfield, with her band The Flash.

Written by Diablo Cody, the Oscar winning screenwriter of Juno and Young Adult, Ricki and The Flash was inspired by Cody’s mother-in-law, Terry, who is the lead singer in a Jersey Shore rock band. “Terry is a grandmother of six,” says Cody, “and she’s still up there rocking out every weekend, walking on the bar, just electrifying the audience. Rock ‘n’ roll is her life, and I think there have been people in her life who have thought it was kind of a silly thing for a mom or grandmother to do – and she doesn’t give a damn. I love that about her.” 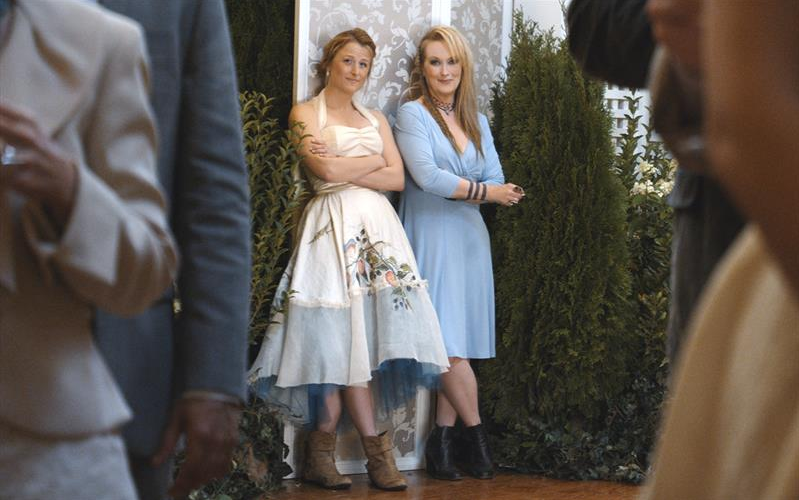 In the film, Ricki is plucked from her rocker-by-night existence when she is summoned “home” to the midwest to deal with a family crisis. Her daughter, played by real-life daughter Mamie Gummer, is coming unglued following the breakup of her marriage, and Ricki’s ex-husband, played by the amazing Kevin Kline, needs backup. Ricki goes, but her discomfort is palpable as she tries to find her place in this old life she left behind.

“It feels like real people,” says Streep. “They’re real, complicated, bumpy, messy dilemmas. It ends up being funny, but it’s heartbreaking too.”

Ricki is not greeted with open arms by the children she abandoned, which seems to surprise her a bit.

“We all have to live with our mistakes,” says Streep. “I think she wishes that her kids liked her more, understood her – I think that is a regret – but she’s pretty clear-eyed about it. Ricki lives in the moment – she acts on the impulse that feels imperative to her. It’s a relief to play someone who doesn’t act how everybody thinks she should be. She’s saying, ‘I can’t help being the way I am.'” 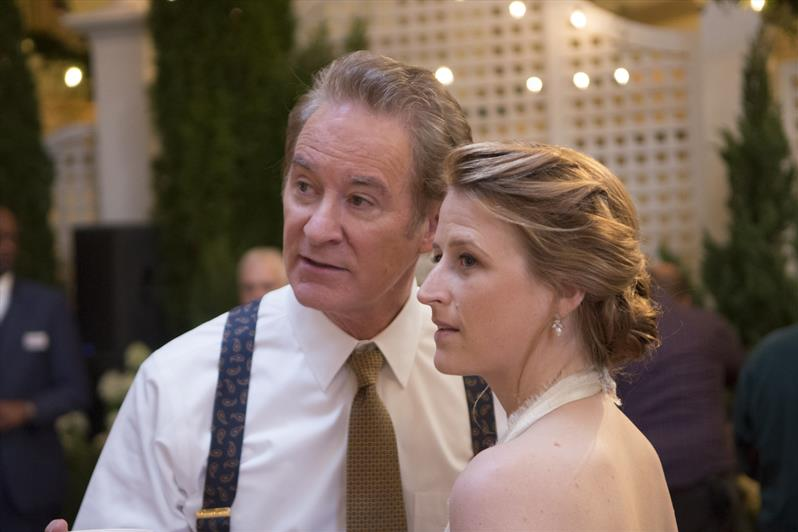 The road to redemption is a rocky one, but the underlying message of the movie seems to be that showing up is the most important step. Ricki shows up, when she’s not certain she’s wanted, when she doesn’t think she can handle it, and when she’s not even sure she wants to. It’s awkward and uncomfortable to watch at times, and frustrating that she doesn’t ever really own up to her mistakes, but Ricki shows up and tries to make a connection with her family. The result is surprisingly charming.

Ricki and the Flash has been rated PG-13 by the Motion Picture Association of America for thematic material, brief drug content, sexuality, and language.

You may also be interested in our Ricki and The Flash Prize Pack giveaway!