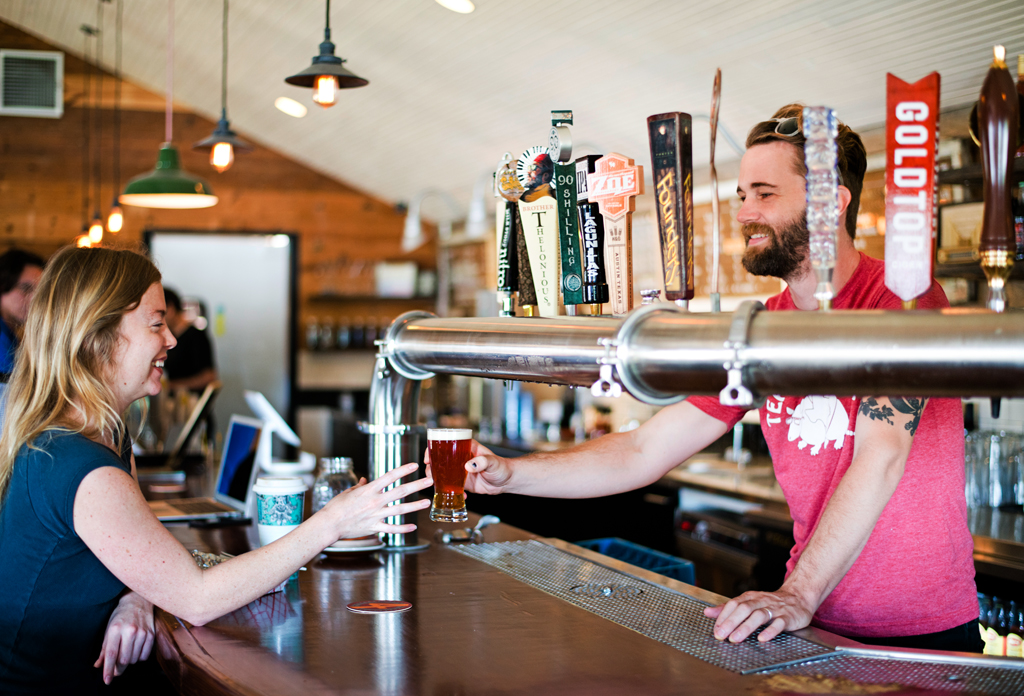 Imagine a place that has everything Austin values the most: Beer, coffee, tacos, the great outdoors, and even live music. Well, you’ve just imagined Radio Coffee & Beer.

Radio, located in South Austin on Manchaca Road, only opened in June, but already has a cult following. It’s not difficult to understand why. With about 25 beers on tap (many of them local), the Portland- renowned Stumptown coffee, 8-10 free live shows a month, a Veracruz food truck dishing out delicious tacos (including breakfast tacos), pizza from East Side Pies, and so much more, Radio really pulls at Austinites’ heart strings. And they do so in a humble, friendly way: no one will laugh at you if you don’t know your coffees or your beers, and the employees all seem want to know your name. “There’s something for everybody here,” Radio founder, manager, and co-owner Jack Wilson told Austin.com. “You can have coffee or beer or tacos or pizza at any time of the day and you can sit outside or be in our little log cabin (Radio is, essentially, inside a log cabin) or on the lawn or in our beer garden. There are a lot of different atmospheres that can be had in the same place.”

Opening Radio was the natural next step for Wilson, an often-touring solo musician who has worked at various coffee shops and bars in Austin and Seattle. He began planning for it in the fall of 2012, a couple years after moving back to his hometown of Austin from Seattle, where he lived for five years. Inspired by the success of places like Brew & Brew, but wanting to add to that coffee/bar concept, Wilson decided to open Radio Coffee & Beer in a part of South Austin lacking in coffee shops and bars.

By all counts, it’s been a resounding success.

Everyone from parents and their kids to hippies and businessmen love it. According to Wilson, Radio fits in with Austin’s laid-back, friendly, taco-beer-and-coffee loving vibe. And while Radio has plans to add on more of what Austinites love, like live comedy and movie and game nights, they also have no plans to change much.

“People like it right now,” Wilson said. “They came and they liked it and they’re staying. We’re just going to try to keep it up.”

Sounds good to us!

Radio Coffee & Beer is located at 4204 Manchaca Road, near 290 and Manchaca, and is open from 6:30 a.m. to midnight Monday through Friday and 7:30 a.m. to midnight on the weekends, with happy hour from 4-7 p.m. every day. Check it out as soon as possible and thank us later. Radio’s coffee and beer are so good that you may as well order both! Photo: Rebecca L. Bennett.