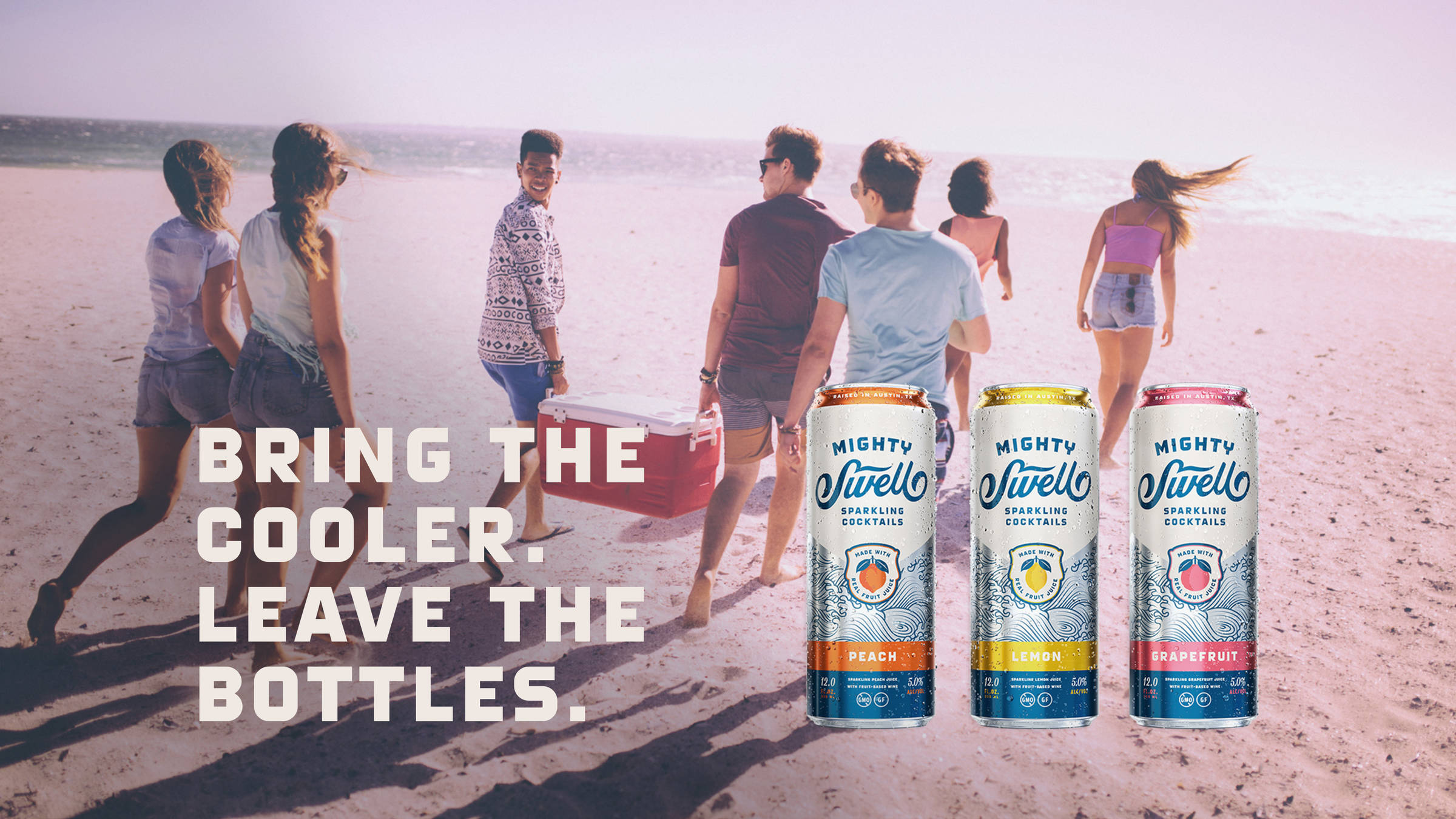 Mighty Swell Is The Perfect Name For This Austin-Made Drink

Summer just got a whole lot sweeter — and tipsier — as some of the best in the Austin beverage business roll out Mighty Swell canned cocktails in Texas.

The goal behind Mighty Swell was to create a better ready-to-drink cocktail, which they did by starting with a unique fruit-based wine, then adding pure cane sugar and carbonation. The result is a series of canned cocktails that include grapefruit, peach and lemon flavors with five percent alcohol by volume. And lucky for you, the hangover potential is dramatically reduced because there are no artificial flavors, high-fructose corn syrup, sodium benzoate, or food dyes in the product. Plus bubbles!

Key players in making this little can of goodness include Clayton Christopher, previously of Sweet Leaf Tea and current chairman and co-founder of Deep Eddy Vodka (the man clearly knows his tasty beverages), founder and CEO of Treaty Oak Brewing and Distilling, Daniel Barnes, and Jason Bronstad, a former executive at Mike’s Hard Lemonade, who will serve as the company’s president. Like the Mighty Morphin Power Rangers of booze, this trio has combined their beverage industry forces to bring about the brain-child of investment industry professional Sean Cusack, who is also part of the team. It makes sense that this concept would come from a group of Austin beverage creators, seeing how much time we like/need to spend around bodies of water in the summer. Glass around bare feet is not cool and toting around multiple bottles of liquid to create a cocktail is a pain in the ass, making Mighty Swell a perfect solution.

“We are excited to bring the right product to Texas at the right time,” says co-founder, Clayton Christopher. “Mighty Swell Sparkling Cocktails are riding the growth wave of consumers seeking flavor in all of their beverage choices. The ready-to-drink alcoholic beverage market in the U.S. has been booming in recent years with double digit growth that is expected to continue for the next several years. There is nothing better than enjoying a delectable cold cocktail in the sun, especially when you don’t have to go through the fuss of making it.”

Mighty Swell is sold in six-packs at retailers and select bars throughout Texas (you can find them retailing for $8.99-$9.99 as their suggested price at places like HEB, Spec’s, and Sunrise Mini Mart), and the company plans for broader distribution starting later this year.

Just look at how much fun these people are having with their beverages!!!