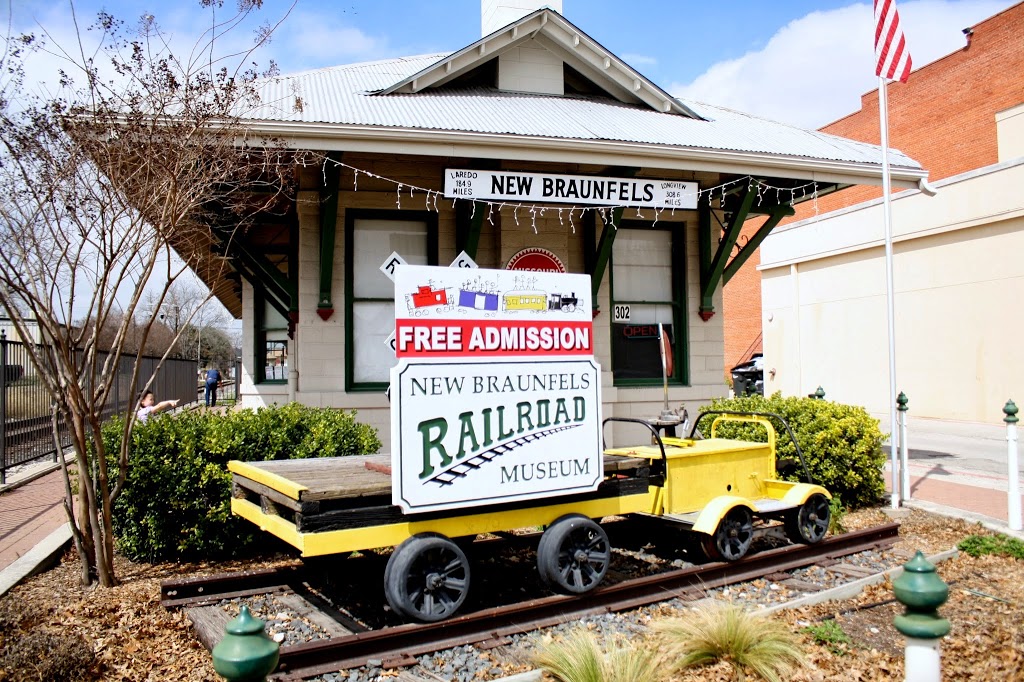 Given that I have little train aficionado at my house, I knew there really wasn’t much choice about the matter:  eventually, I was going to have to take him to the New Braunfels Railroad Museum.  And of course it made sense to visit on a  Kids Fun Day, which occurs on the first and third Saturdays of each month, from 10 a.m. – 2 p.m.  We made the drive down there, not really knowing what to expect, since I’d never talked with anyone who had been.  When we arrived, however, we quickly discovered that it’s a favorite destination for many, many New Braunfels children.  One lady told me that they practically live there. 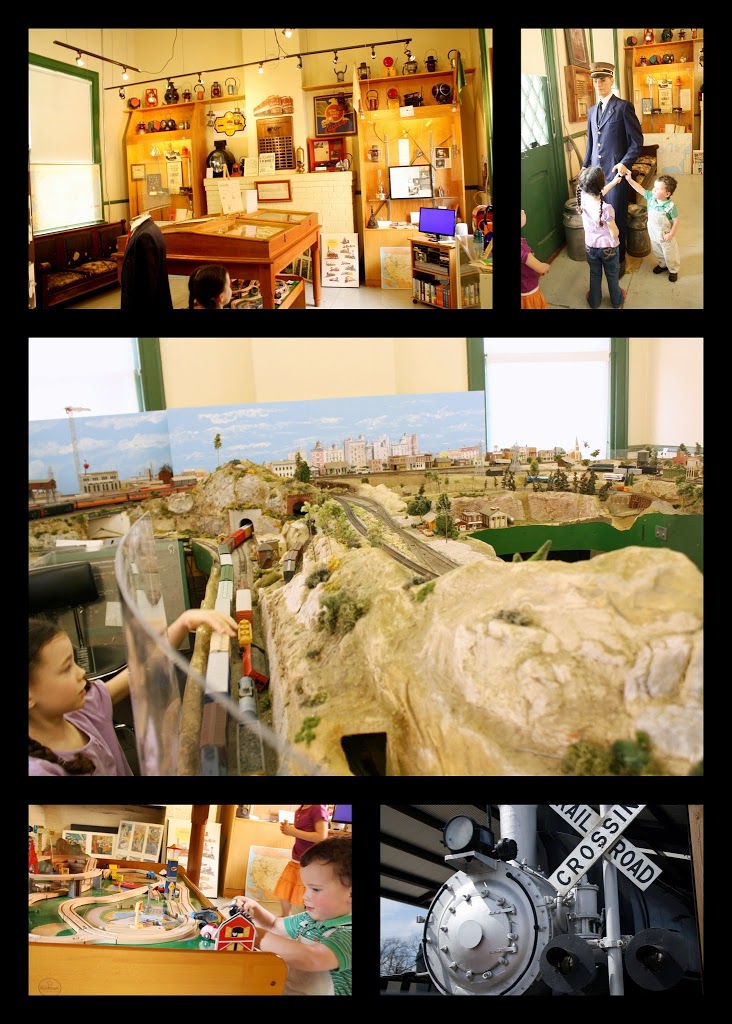 The museum itself is made up of several rooms of local train history, equipment, model trains, and photographs.  While adults and older children take a look at these things, there is a wooden toy train table cleverly placed underneath a display table for little ones to enjoy.  A large model train village covered all of one room and had lots of fun details to notice and several trains going at once. 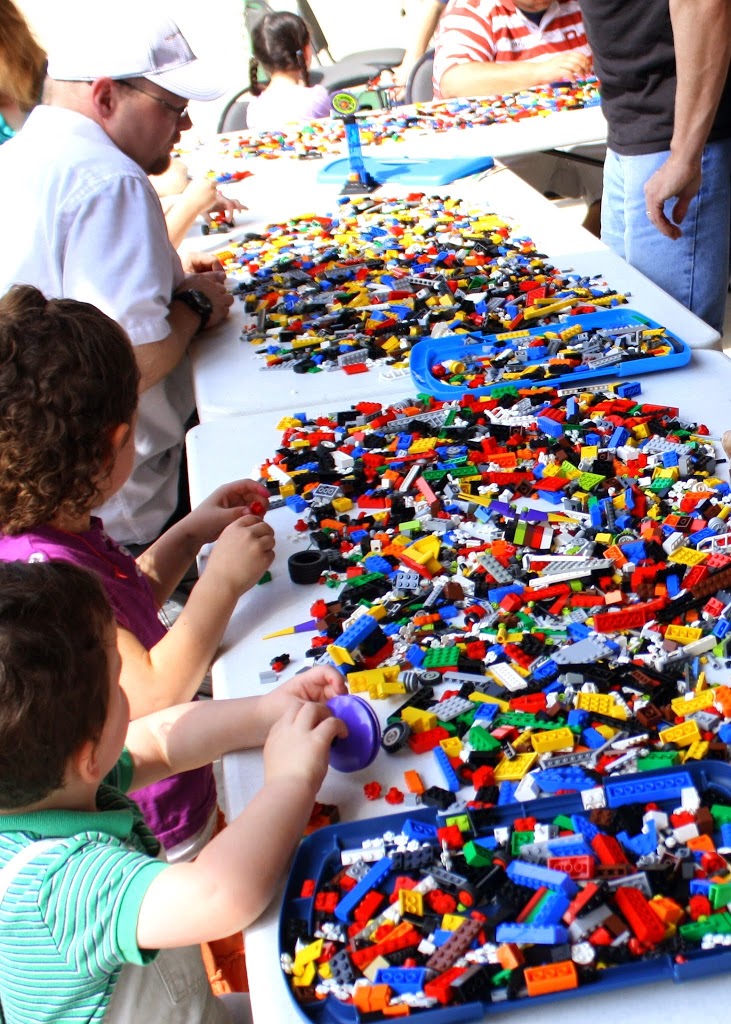 Outside in the breezeway, there were tables and tables of Legos set up for kids to build with, a model Lego train set for inspiration, and helpful volunteers offering guidance.  For a $5 donation, kids could take home their creation. 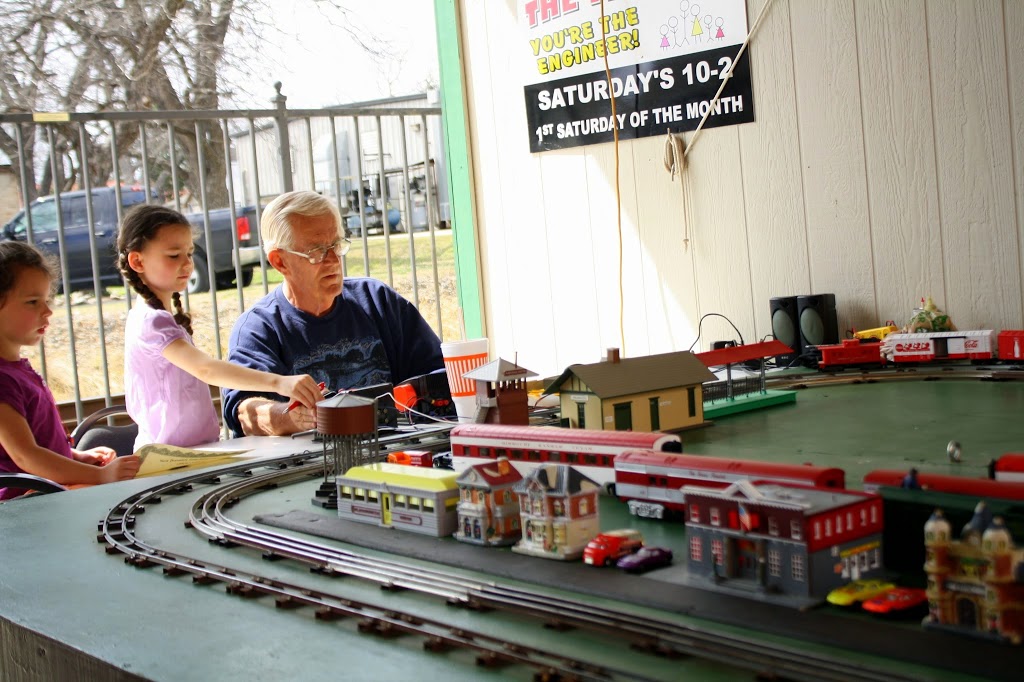 Also in the breezeway, there were tracks with two other model trains.  Kids stood in line to be able to run these trains by pushing levers.  When they were done, each child received a personalized train engineer certificate. 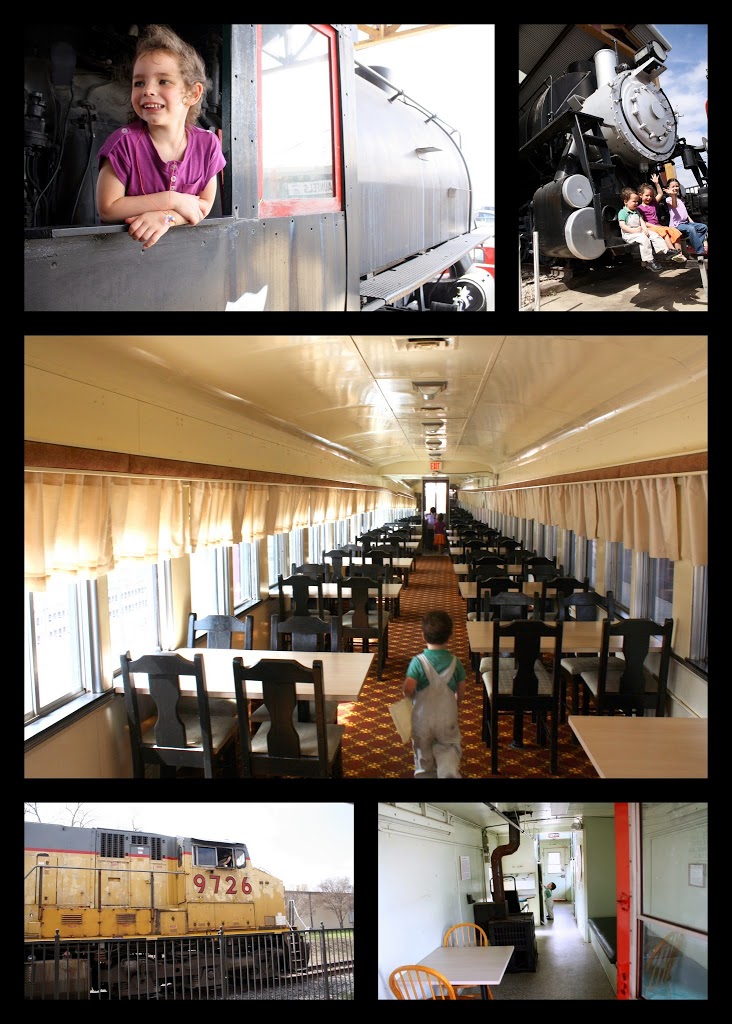 My kids’ favorite part of the museum were the four or five retired train cars that were open for them to explore.  One of these is a dining car that is available to be rented out for birthday parties.  There is also a steam engine with interesting pipes and gears inside, a baggage car, and a caboose.  A sign posted says that children must be supervised at all times.  They aren’t joking! There’s lots to climb on and manipulate; keeping kids safe there requires a bit of vigilance.

The museum is located at the old New Braunfels train depot, so train tracks run right alongside the museum.  In the hour and a half that we were there, two trains passed by.  My kids really enjoyed the close up (albeit LOUD) view of the passing trains. 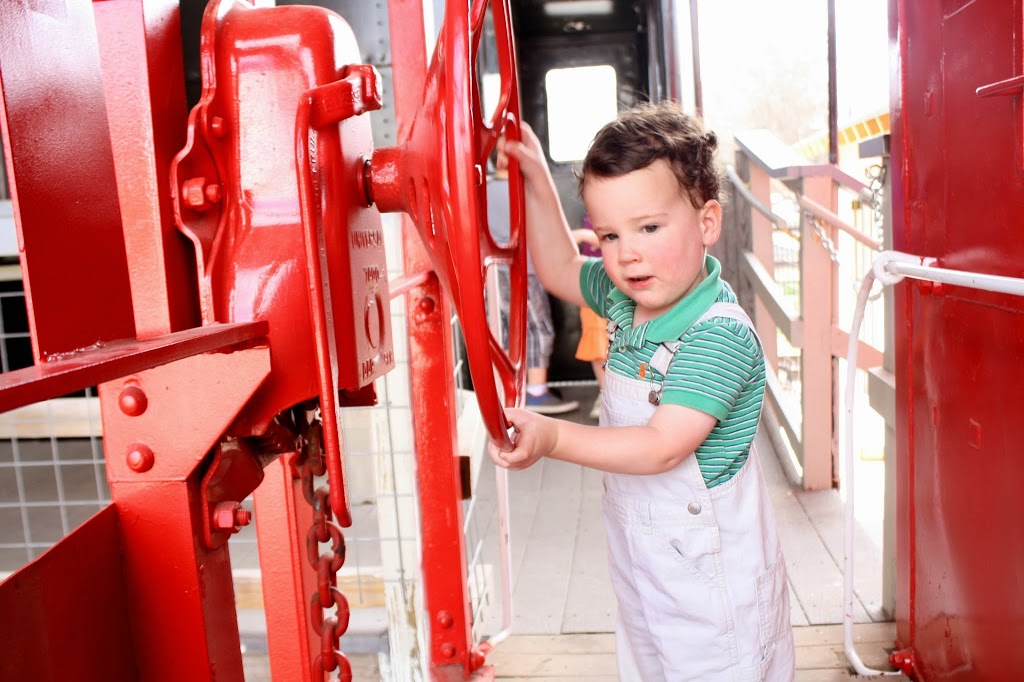 Admission to the railroad museum and Kids Fun Day is free for children under 18, but there is a $3 suggested donation for adults. Also, I don’t know if it is the case for every Kids Fun Day, but when we were there they were handing out free tickets for rides on the miniature train at Landa Park in downtown New Braunfels.

Katey writes about activities for families and children at Having Fun at Home. You may also enjoy posts Katey has written about exploring the Bee Cave Sculpture Park, Sweet Berry Farm Barton Creek Greenbelt, Longview Park, Austin’s Superlative Landmarks, the Elisabet Ney Museum, and Oakwood Cemetery. She has also written about taking kids to explore fun Austin stores like Callahan’s, The Natural Gardener, and Nature’s Treasures.