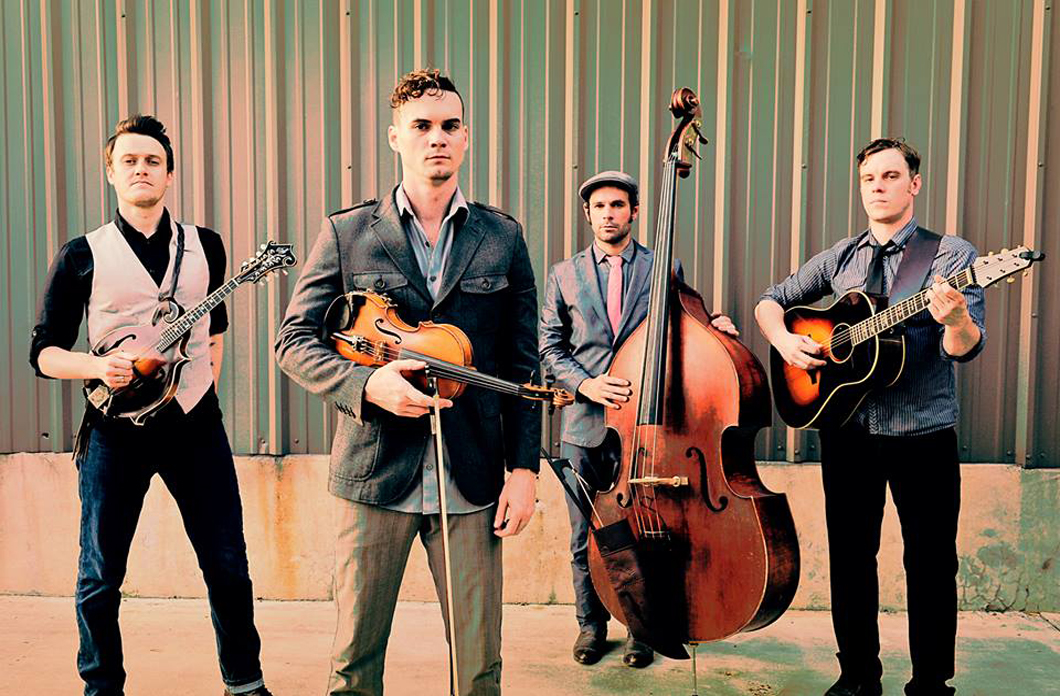 On their latest album, Places You’ve Not Been, local Austin quartet Milkdrive have created a refreshing album that goes beyond the limits of acoustic and bluegrass, roping in as many genres as possible — and then some.

Founding members Brian Beken (fiddle, mandolin, guitar, vocals), Dennis Ludiker (mandolin fiddle, vocals,), and Noah Jeffries (guitar, fiddle, and mandolin) all met one another in Weiser, Idaho as young children. Together, they participated in the National Oldtime Fiddler’s Contest to great fanfare, and eventually signed on bassist Jesse Dalton. In other words, all of the band’s members have been a part of a musical community for a long time, and that comes through in Milkdrive’s community-orientated, peaceful rhythms. Listen closely and you will hear not only decades of experience, but friendship as well. The record opens with “Take Too Long,” a relaxing and catchy track that acts as a great introduction to the band for newcomers. While Milkdrive certainly demonstrates their mastery of the bluegrass genre throughout Places, “Take Too Long” makes it immediately clear that these guys are doing something different. “John Paul” is another one of the record’s highlights, with hauntingly beautiful guitars and story-like vocals that tell a tale about meeting the Pope. While religion doesn’t really factor into their other songs, “John Paul” focuses on telling an interesting story, and that’s something we do not often hear in faith-based music. It helps that this beautifully written tune is so memorable, and certain to stir up a conversation if played for a crowd.

Then there’s “Delephine,” a gorgeous track that fits right in and keeps the album’s flow going strong. Even skeptical listeners who aren’t completely sold on Milkdrive by this point in the album will begin nodding their heads. “Delephine” is a very intricate, strongly bluegrass song that feels deeply authentic, like the band is telling us about their childhood roots. Finally, Places You’ve Not Been closes with “Ode To Alice,” an almost classical-sounding song that rounds out the album with listeners bobbing their heads.

While bluegrass music is still a (growing) niche here in Austin, Milkdrive are taking the steps needed to introduce it to a larger audience. Even so, by releasing this new record they have transcended the confines of bluegrass and turned the whole genre on its head. Perhaps this is why the band labels themselves, “progressive acoustic,” which couldn’t more correct. Progressive is exactly what they are, and their passion for the craft is moving an entire subset of the music industry forward.

Here is a selection from the album, titled “Take To Long.”