How The Austin Mom Behind Dominican Joe Keeps Her Cool, Even With Two Boys And Two Businesses

There’s a place on South Congress called Dominican Joe. That’s where, like other coffee shops, you’ll often find tables filled with people working or chatting, espresso machines whistling, and baristas calling out orders. It’s all pretty typical until you notice the walls, covered in photos of smiling children, or read the plaque by the cash register that explains Dominican Joe’s mission. This is not your regular coffee shop. Dominican Joe’s is a different kind of Austin business.

The coffee here is purchased from the Austin nonprofit Makarios, which supports the educational development of children in the Dominican Republic. Makarios works directly with farmers in that country to ships beans to Dominican Joe, which directly translated to the coffee that filled my cup one morning recently, as I sat down with the woman behind both the coffee shop and the nonprofit. 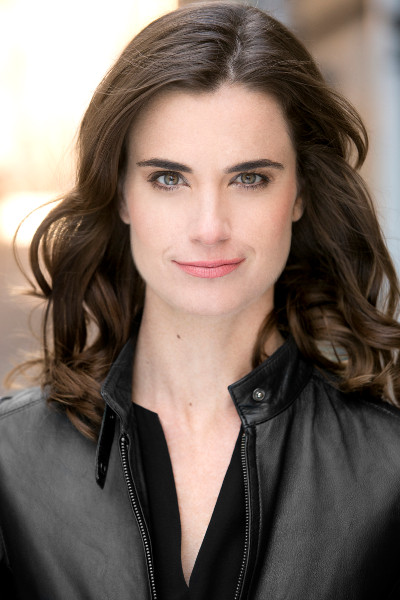 Sharla Megilligan is the founder of Makarios and co-owner of Dominican Joe. She’s also a single mom to 9-year-old adopted twin boys who became a part of her life when she was living in the Dominican Republic (DR). Sharla was introduced to the DR at 19 on a mission’s trip with her father. After college, she returned as a teacher at an American school, realizing there was a need to help educate the country’s poorest children. She started Makarios in 2004, and it’s been supporting three local communities with its school and outreach programs ever since. That same year, she began talking to her business partner about starting the coffee shop.

In ancient Greek, Makarios means blessed, a word that has helped guide Sharla’s decisions in both her professional and personal life. “I’m compelled to do something for other people, when I’ve been blessed with a lot,” she told me. By putting that compassion into actions, this Austin mom has positively impacted hundreds of children — most dramatically, the lives of her two sons.

Her boys were born two months early. They were tiny and sick. One was taken home by the Haitian birth parents — their mother was a teenager and mentally ill — and later looked after by a neighbor. The other boy was barely cared for at the Dominican hospital where he was abandoned. Near death, Sharla said he was discovered by an American doctor. He was septic, she described, and given antibiotics that caused him to lose much of his hearing

Makarios took responsibility for the boys. For the first year of their lives, Sharla was back and forth between the DR and Austin, caring for the twins herself about every other month for a few weeks at a time. Three couples were interested in adopting them, but every one backed out. Sharla remembers the moment when she knew that she should be their mom. A woman who she’d been dealing with at an adoption agency called her explaining that Haitian adoption laws had recently changed. It was actually easier for a single mom to adopt than a couple, as background checks weren’t as complicated.  “I prayed about it and said, ‘OK, God, I’ve known this all along, now I will do it,’” she says.

When the boys were 15 months old, Sharla moved to the DR full time to start the adoption process. She got Dominican custody of them right away. Sharla was the director of Makarios at that point (she currently fundraises part time) and most of her job responsibilities – the fundraising and the finances – happened out of the Austin office. In a short amount of time, she had become a working, single mom of twin boys from another country.

Sharla and I spent a few hours together on two different mornings at Dominican Joe. What you’ll read below is an edited version of our conversation that covered a lot, from the chaotic years in the DR when Sharla was working and parenting two rambunctious toddlers to their move to the US, when the boys were 4 years old, and what their lives have been like since.

Q: How did you make the decision to adopt the boys?

A: I didn’t want to push for single parenthood. I wanted what was best for them but really always knew in the back of my mind or heart that this was what I was supposed to do. My faith has always been an important part of my story. I’ve always been a risk taker and when opportunities presented themselves, I wanted to take them. I wanted to live fully. With this – still – I felt like they were basically brought to me and it was what I was supposed to do. I thought I would figure it out, compared to the other things that I’ve done – businesses I’ve started. This was not like that. I didn’t really figure it out. It was and continues to be really difficult. 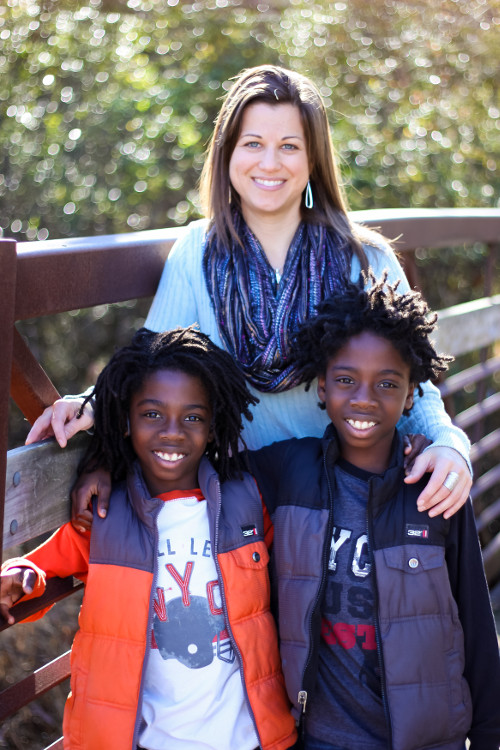 Did you have expectations of what single parenthood would be like?

Even when you don’t sit down and think about what your expectations are, you still have expectations. You just don’t realize it until they’re not met. One of things that I didn’t anticipate was the emotional burden. I thought more about the physical and financial part and whether I would have help watching them. Going to bed at night and thinking about all of the things you might have done wrong and not having anyone to share in the responsibility – it is emotionally exhausting. I have people who I trust who are parents, but they ultimately don’t share the same responsibility.

How were the boys’ younger years for you?

Being able to enjoy them as human beings, I didn’t have a lot of those moments. It was two against one. They had each other and I missed out on that first year. It took a lot of time. I’d say it took four to five years to make up for that first year. As toddlers, they didn’t want to sit on my lap. They were constantly running around. They wanted to play with each other. They called me mom, but it was more like that’s the lady who punishes me. It was awhile before they were protective of me. So much of the time I felt like I was drowning. I felt like I needed help, but I didn’t have the support there.

Do you have the support you need here?

Once we got to Austin (when they were 4), it was a whole different story. I could get them in good schools and we had all kinds of support. I don’t have family here, but I have friends who are like family. I’m super relational. I’m high on the extravert. I have really good friends – the kind of friendships when someone knows you and encourages you and lets you be you.

How did you know nonprofit work was where you wanted to focus your career?

My faith motivates me. I have always been a compassionate person. When I see a significant need of hunger or problems caused by abuse or lack of education, those things really move me. I really just have a burden for people who are in a situation where they really need help. I think we tend to assume people can help themselves. There are a lot of situations where there needs to be more opportunity before people can do their part.

Talk about your experience of being a biracial family.

Austin is a great place to be. The reactions that we get are great, versus when we have traveled to other parts of the country. One of my sons hears comments…there’s always the kid who says ‘that’s your mom?’

I think it can be a really beautiful thing when a family is different. You have more of an open mind about what relationships can be across race and ethnicity. When they are younger, it can be harder. In the big picture, it can help as adults. I think each of them will go through their own unique process of understanding their identity.

I shoot for high love and high discipline. I probably err on the side of being too consistent. I probably need to chill out and give more grace than I do. I’m all about teaching responsibility and giving them jobs and not letting them grow up to be entitled millennials.

What specifically will you do to give them a broader perspective?

It’s important to expose them to the world and a variety of people. We go back to the DR every summer (one of her sons speaks Spanish). They are still kind of awkward Americans around poverty. They will grow up around it (in the DR), so that will be good. It’s important to me that they have those kinds of experiences. We play games at a nursing home on Saturdays. As they get older and more independent, I can put more time and energy into the things I want to teach them, instead of survival parenting.

Do you make time for yourself?

I have to have a balance. I do triathlons, so I work out six days a week. I get up at 5. I read the Bible. I have coffee and I’m in my happy place. I hate the getting up part, but once I’m up, I’m good. During that time, I can write down the things I’m learning and pray for my boys. There is something that happens in that space of prayer – a really important dynamic happens when I’m making the space for that. The other element is just having the time when it is quiet. It definitely gives me more of the mental capacity to deal better with things, especially in light of the fact that I don’t have a husband. 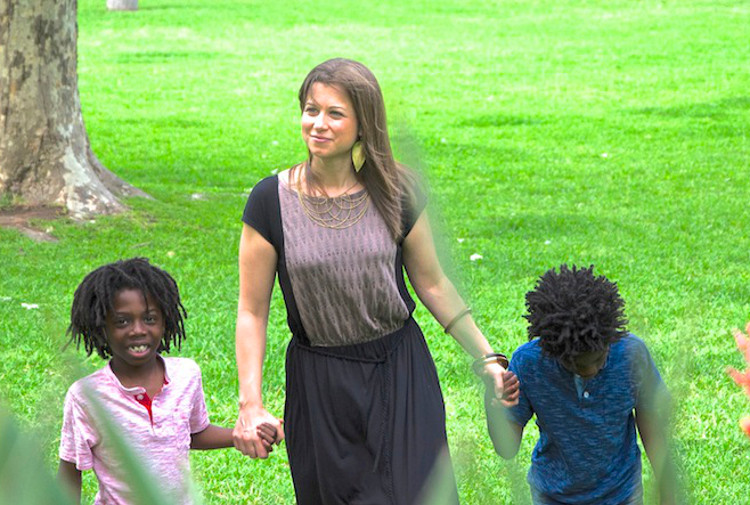 Do the societal pressures of motherhood ever affect you?

I don’t have time to be bogged down like that. I have mommy guilt. I’m not wired to be a people pleaser necessarily. I’m not motivated by other people’s judgments. I’m certainly impacted. I have friends who are like minded in being open minded.

What are your hopes for your boys for the future and where do you see you and the boys in, say, 10 years?

My hope for them is that they are well loved, know how to love and respect others, value relationships, serve others and make a difference. No pressure, guys. In 10 years, I would love to either live overseas or travel. I would love for my boys to attend college outside of the United States or do some sort of international volunteer work or training.

Is there advice you have for someone who’s thinking about single parenthood?

I have a lot of advice for someone adopting, but the main thing would be to make sure you have a group of friends who will help and support you along the way. It’s going to be hard, but worth it.

Sharla also is a nonprofit consultant, teaches nonprofit management at Concordia University Texas and writes for World Magazine. For more information about Makarios, log on to www.makariosinternational.org

If you know of a mom who could be featured in this series, reach out to Abby on Twitter @AbbyRoedel.