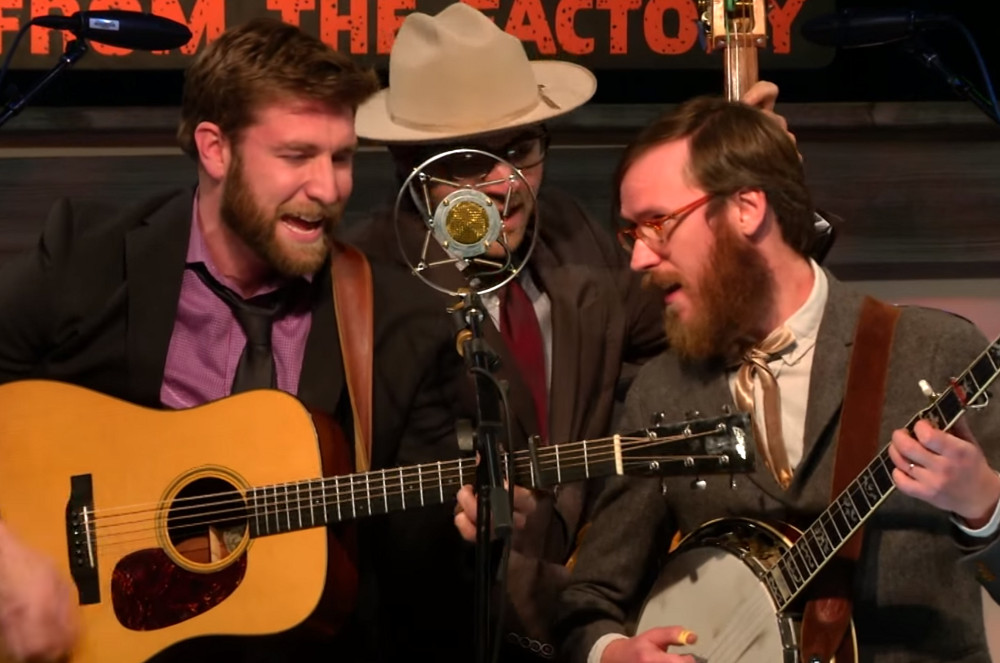 This past year has been absolutely incredible for Austin music. While the city can often seem full to the gills with talent, and so many new albums are being released, there’s always a handful that stand above the rest. Here is the Austin music that Austin.com critic Lauren Gribble couldn’t stop listening to in 2015, in no particular order. –The editor

Curtis Grimes, Bottom of the Fifth

Over the past year Austin’s music scene has been able to hear some incredible albums, and one of the newest artists to hit the scene is Curtis Grimes, an up and coming country musician who released his latest record Bottom of the Fifth, which is a collection of songs that were inspired by Grimes and his college career playing baseball. While an injury ended his chances of ever making it to the pro’s, it’s clear from listening to Grimes sing that he still has a strong passion for the sport, and even though he can no longer play for a career, at least he can stir up some nostalgia and sound fantastic doing it.

Over the past few decades, the Live Music Capitol has seen plenty of bands come and go, though Quiet Company is one of the rare few that have managed to stick around for some time. Releasing Transgressor in March, the once Christian rock act have released a beautiful and captivating record that we couldn’t stop spinning, and if you haven’t heard it yet, you won’t be able to stop listening either.

Adding to the abundance of blues bands throughout the city is local act The Bellfuries, a blues group with hints of 50’s rock and roll that sounds not only enthralling but also authentic. Writing a record titled The Workingman’s Bellfuries, the group released songs that sounded reminiscent of 50’s musicians Elvis Presley and The Everly Brothers, as the band strummed and crooned like they had been playing since their idols became famous.

If you were able to check out Chipper Jones perform at the Do512 Lounge earlier this year, you knew immediately that the group was one of the best up and coming bands in town. Chipper Jones is a duo who plays instrumental progressive rock and roll, writing songs that move and entertain us from beginning to end, while making us want to hear more. Despite the absence of vocals, the music wraps up its listeners in an embrace that won’t let us go. Their latest EP Tropics/COSM, released in April, gives their audience the same feeling as their live performances do, as we watch a band that is set out to write tunes that rock and are remembered for the long haul.

Bluegrass has been a genre that is rarely heard in Austin, partly due to country being the more popular style in town, though Wood & Wire want to change all that. After releasing their record The Coast, fans got a taste of how confident they were in their playing abilities and songwriting. If you want an honest and raw look into great music from a fantastic group, you should by all means check out Wood & Wire as soon as possible.

Making their debut at SXSW 2015, Town Hall Devils are a band not to miss, as their debut record Ouroboros Blues, intertwines blues and rock in a pleasing batch of tunes that we couldn’t stop spinning once the band released the EP. With tracks such as “Always on the Run” and “Kick It Around”, the band drew a solid crowd at SXSW and will continue to do so if they keep releasing music like they put out this year.

Mundi, My House Is The Sky

While Austin is known for being “weird” in lifestyle, it is also known for its unique multitude of genres that span from rock, jazz, rap, all the way to classical. Mundi was one of the few bands that took on the stiff genre and made it accessible to younger audiences, while still pleasing their older, and more musically picky fans. After deciding to hang things up in October, the classical music band played a farewell show at the Scottish Rite Theatre that same month to a packed and enthusiastic house, to not only celebrate their long career, but their compilation album Finisterre: a Celebration of Mundi. Their last proper album My House Is The Sky introduced listeners to foreign lands and music that felt like it had come straight out of a fairytale. After listening to the group play their final notes at The Scottish Rite, the crowd realized that they were losing something great and that classical music in Austin would never be the same.

MilkDrive, Places You’ve Not Been

Along with Wood & Wire, MilkDrive are trying to make bluegrass an accessible genre, and on their most recent album Places You’ve Not Been, MilkDrive are taking bluegrass from a niche genre to a style that is widely heard throughout the city. “Progressive acoustic” is how the band labels themselves, and with their catchy and soulful tracks this could not be more true. Places  is certainly a record that you should not miss, and with the way the group is turning bluegrass on its head, it won’t be long before you hear of MilkDrive becoming one of Austin’s best known acts.

The past few years have been an interesting ride for Knifight, a local Austin band that started performing noise pop while transforming into a synth pop band, all while opening for Future Islands and Duran Duran all in the same year. Their latest album V, released in the first half of the year, is a haunting and intoxicating record that fans of Caspian will love for its surrounding sound that embraces listeners with haunting and eerie sounding music.

Abraham Weaver is a longtime Austinite who makes great music in the country genre, and while he keeps it within the modern pop style that we are used to hearing from country artists these days, Abraham adds a bit of Mexican flavor into his music to reflect his ethnic background, which plays a highly influential role in the sound and flow of his latest album Yours. Singing about the past and the women coming through his life, Abraham writes music that is honest and real, while keeping his music appealing to all who listen.

If you are interested in reading more of Lauren Gribble’s features you can check out her website Listen Here Reviews.