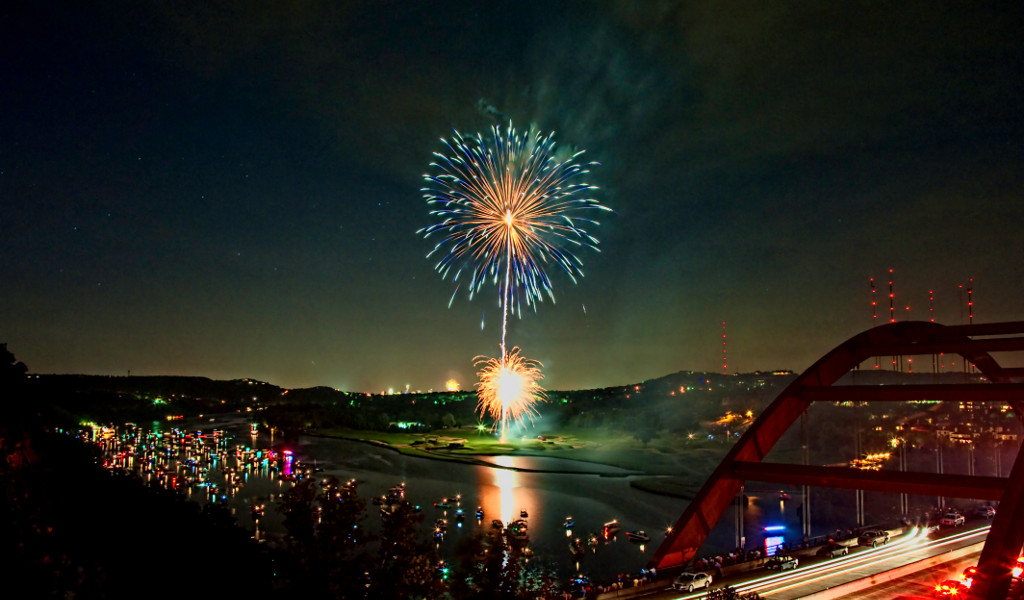 You are reading “Editor’s Note,” a blog by Stephen C. Webster.

It has been a crazy year, Austin.

From SXSW tragedy to Ebola to our wholly remade city government, ATX spent 2014 in the midst of constant growth and change. The same can be said of Austin.com.

On January 1, 2014, Austin.com was just a placeholder website, and we remained a placeholder for about half the year. Our owner, iEstates, never intended for the site to stay this way. In July, iEstates CEO and serial angel investor David Wieland hired Austin-based Proud Highway Media Group to revamp Austin.com and bring in a creative team to support it.

What you see here today is the product of less than six months of full-time work by one editor and once- or twice-daily posts from just five regular contributors.

Before the current iteration of Austin.com went online, our beautiful city’s dot com actually looked like this: We don’t miss the old design, for obvious reasons.

Proud Highway relaunched Austin.com on July 2, and within our first full month over 20,000 people dropped by to check out the new digs. By the end of September, our monthly readers grew to 50,000. Here at year’s end, we can safely say that December 2014 was our best month yet with over 80,000 readers — 95 percent of whom are here in Austin, which blows us away.

With each day, week, and month in 2014 taken together, our rate of growth looks something like this… The most amazing thing about our exponential growth is that Austin.com is not supported by revenues or marketing. Aside from our Facebook and Twitter accounts, this website is driven entirely by word-of-mouth advertising. In 2014, word got out about us. The people we affected the most in 2014 include our friends at the University of Texas at Austin, our city’s favorite celebrity Matthew McConaughey, all the fine folks making West Austin fun, everybody bringing Christmas cheer to the city, and anybody who cares about Austin’s politics.

Here’s how our top six posts shook out, along with their total pageviews in 2014…

2.) Matthew McConaughey’s Beautiful Love Letter To Austin Will Also Sell You A Car – 25,312

We also interviewed Mayor Steve Adler, Councilman Mike Martinez, and our friends at AT&T told us that an Austin.com story landed on their CEO’s desk, convincing them to promote our work on social media. Another major high point in 2014: The owner of Austin’s boozy, bacon-y Brave New Baker credited our story with helping launch her full-time career as an entrepreneur, and we couldn’t be happier about that! Our contributor Stephanie Anderson also launched a food + comedy video series that’ll have you salivating and laughing at the same time — a truly dangerous combination.

What Sets Us Apart Why are people talking about Austin.com? We believe it’s because of our unique positioning in the local media market. Austin.com is an entirely positive publication, designed to merge several different media types: Business journalism, hyperlocal news, and viral web writing. From the feedback our readers send us, it sounds like y’all enjoy it. We plan to expand on this angle significantly in 2015.

We also made a point of seeking out known personalities in 2014. You might have noticed that our team includes Daniel Webb, the fella who fistbumped Obama and gave a shout out to LGBTQ equality; Austin-famous, local-access cable celebrity Arcie Cola; and Scott Braddock, one of the standard-bearers for Texas political journalism over at Quorum Report. We found that making friends with people you already know is one of the best moves possible for a fledgling website like ours. Expect to see more name-names on Austin.com in 2015. That being said, Austin.com staff photographer Rebecca L. Bennett ended up our most-read contributor in 2014, achieved through hard work and talent, not reputation. Expect to see her name in other places soon.

Most importantly, we believe folks around town are talking about Austin.com because we follow the golden rule in everything we do, including editorializing. When it comes to critiques, the old saying “You can catch more flies with honey than vinegar” is certainly true in this town. When we do shine a light on the negative (like we did for the NFL’s domestic violence scandals), Austin.com strives to strike a balance between complaining and helping. We don’t want to be that guy who whines about change but doesn’t do anything to make a given situation better. Everyone associated with Austin.com is in this community, and we care about it deeply.

We are also an ad-free website for the same reasons. Our primary goal is to give back to the city that’s made our lives so magical. We accomplished those aims with such smashing success in 2014 that we can’t be anything but optimistic for 2015, as we finally begin to implement our real plans for Austin.com.

As Austin.com becomes a proper business entity in 2015, we plan to offer much deeper content options, including a visual navigation system that will let readers click on their neighborhood and see all the stories attached to it. That’s just one of many initiatives Austin.com will be launching next year. We also plan to branch out beyond our city’s borders, reaching tourists who hope to visit to Austin and helping Austinites find fun in their big back yard, a gorgeous piece of nature better known as the Texas Hill Country. There’s so much more too, but we have all year to get to that stuff.

Even as we grow — and that growth will be rapid — Austin.com will never lose focus on our primary mission. We aim to serve you, our readers, in everything we do. You have made this venture possible from day one, and we’re thrilled and humbled by your support.

From the bottom of our hearts, thank you Austin! We love you so much.