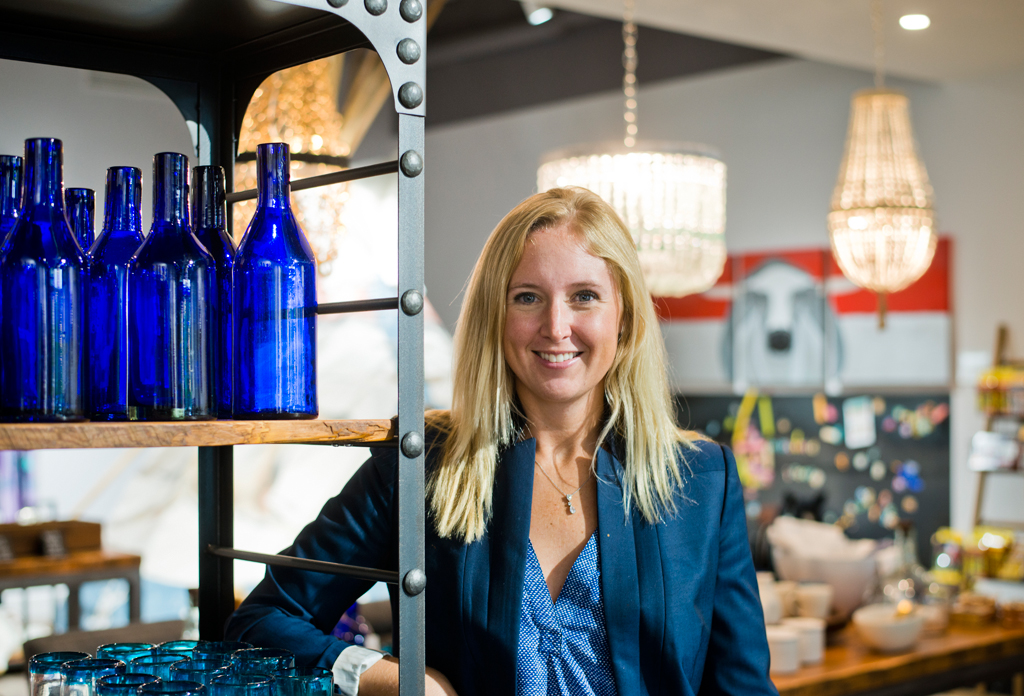 For someone with a history as a Wall Street power broker, launching a rustic, ranch-style boutique called HACIENDA in downtown Austin seems like an odd choice. But that’s exactly what Jessica Beattie did last year. Though still in her mid-thirties, Beattie says she’s pretty much lived everywhere — and kept herself busy ever since graduating. She even found herself doing photography and interior design for friends and family, on top of the 80-hour work weeks that come with climbing the ranks at companies like Goldman Sachs, R6 Capital Management, and KKR & Co.

The ubiquitous Jessica Beattie had it all and did it all with an effortlessness that people couldn’t help but notice. She was one of the reigning queens of Wall Street. Then, everything changed five years ago with the birth of her twins.

“I had that life with the apartment and nannies,” she told Austin.com. “But I wasn’t being the person or mother I wanted to be, and I wanted to do something hands on, that reflected my personality a little more.”

So, Beattie traded in her high-pressure New York City lifestyle for more relaxed living in Austin and opened up a boutique downtown that specializes in rustic, ranch-style, artisan-made goods. Thus, HACIENDA Collection was born.

Some of HACIENDA’s wares are crafted by Beattie herself, while other unique items in the store are created by local artists, or handpicked goods from around the world. Of course, HACIENDA also hosts the occasional gallery-style event to show off their fabulous new items and artists.

The store also features a play area for kids to monkey around while moms shop — one of Beattie’s personal touches.

Shoppers who visit the Colorado Street storefront near Second Street downtown will find all sorts of fascinating and unique goods at HACIENDA, from blue carafe bottles to handmade rugs, canvas backpacks to stuffed animals for the kids. You could say it’s fancy, but also quite affordable.

“Hacienda to me is modern ranch,” she said. “It takes influences from the west and Europe, and a countryside setting. We target the 25-55 age group. It skews a little older than the true college student bohemian, to people on their first or second home who care about decorating their space.”

Beattie said that Austin was ideal for HACIENDA because of what she sees as an “appreciation for artisan-made goods,” and our “sophisticated downtown city center.”

“Austin has enough city and enough fun,” she added. “It’s an easier lifestyle. I love everything, from the food trucks to the sports scene to the music. It doesn’t feel like a small town, but it has just enough community.” To experience this unique Austin gem, stop by the store at 204 Colorado Street, or visit HaciendaCollection.com.