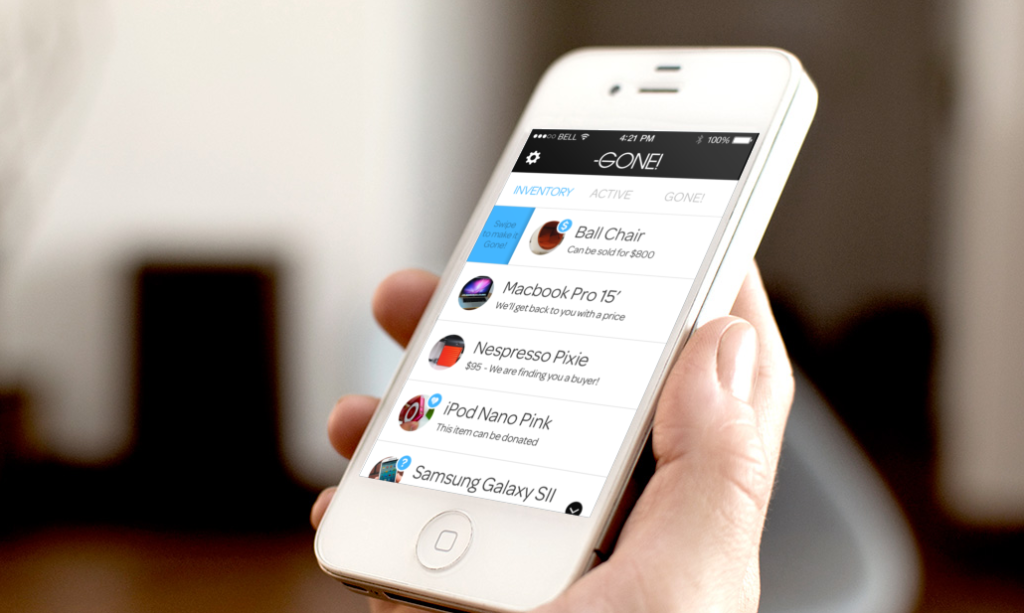 Gone, Austin’s Stuff-Selling Startup, Is About To Get HUGE

Gone!, a relatively new company operating in Austin and San Francisco that carts away and sells its users’ unwanted items, is going national thanks to a newly announced partnership with shipping provider UPS.

Currently, the company’s doorstep pickup service — known as Gone! On-Demand — is available only to iOS users in Austin and San Francisco. But soon, any iOS user in the United States will be able to sell their stuff through the app thanks to a new service they’re calling Gone! Lite. Austin.com first covered Gone! last August, shortly after their successful run through Techstars, Austin’s world-class startup accelerator. At the time, we described it as having the potential to make selling stuff on Craigslist obsolete. Gone! CEO and co-founder Nicolas Bayerque more or less agreed, describing the app as “a sort-of consignment shop for everything” that lacks the geographic fragmentation of Craigslist, and cuts out the travel frequently required to complete Craigslist sales. Gone! Lite is much the same, but vastly more accessible thanks to UPS.

In other words, Gone! isn’t just a threat to Craigslist. Not anymore. Major players in the online reselling business like eBay should be paying close attention.

For buyers, using the Gone! app is like having access to a thrift store 24 hours a day, seven days a week. For sellers, the experience is much more streamlined than any other selling experience currently available to consumers at large. Just upload details and images of any item through the app and Gone! will make an offer. It will even search users’ email accounts for receipts, pulling all the important details for any item originally bought online. If the user accepts the offer, someone from Gone! will come pick up the stuff either that very day or the next, if you’re lucky enough to live in Austin or San Francisco.

Gone! Lite is similar, but instead of concierge pickup at the user’s doorstep, UPS will deliver packing materials and a paid shipping label. Box up the item, drop it off at a UPS Store, and it’s off to the Gone! warehouse. Once the item is purchased, a check or an Amazon.com gift card is sent to the user. If nobody bites, Gone! recycles or donates the unwanted stuff and arranges a tax writeoff. It’s that simple.

“Gone! On-Demand is currently available in Austin and San Francisco but, now with the announcement of Gone! Lite, users anywhere can easily sell their items by shipping them to Gone! through our shipping service partnership,” Bayerque said in a media advisory. “We’ll either cut users a check or they can even redeem their sales credit for Amazon.com gift cards. Getting rid of old items has never been easier. Gone! On-Demand and Gone! Lite take the hassle out of selling items, and can now be used nationwide.”

The company said that an Android version of Gone! should be available soon.