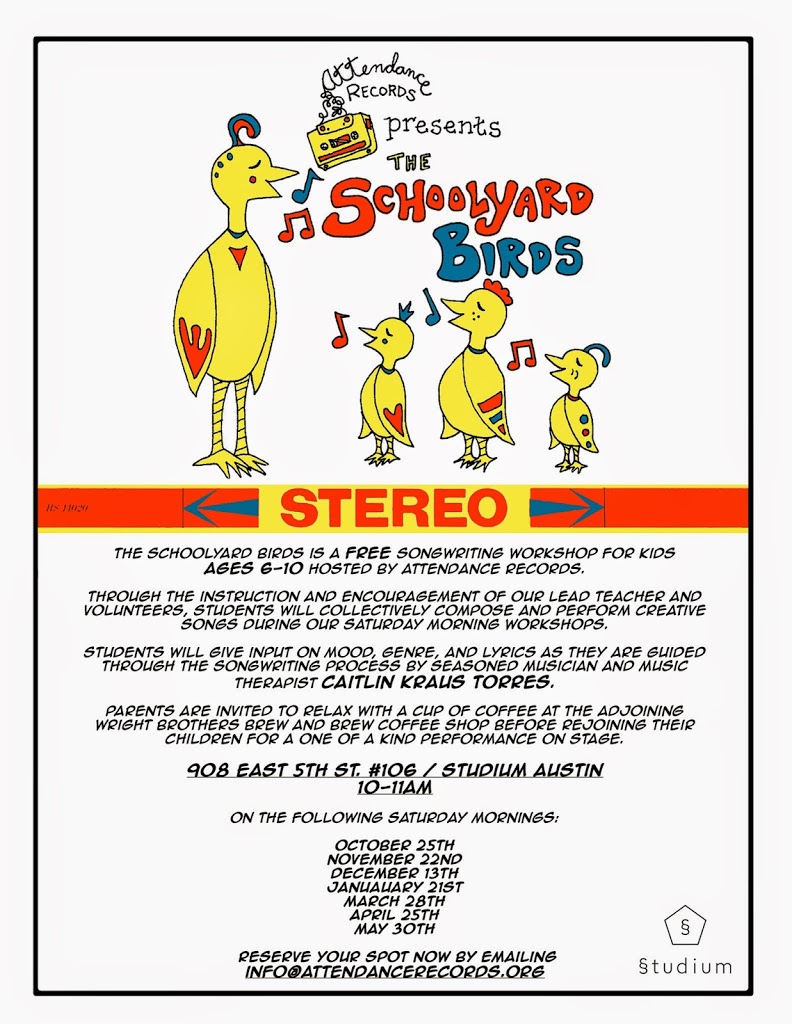 Update: All of the workshops are now full, but you can still email [email protected] to be added to the wait list.

Saturday mornings, starting October 25th, kids ages 6 to 10 are invited to attend free songwriting workshops hosted by Attendance Records!  Students who participate in The Schoolyard Birds workshops will collectively compose creative songs, guided through the songwriting process by musician and music therapist Caitlin Kraus Torres, and then perform the songs for parents.

Workshops will be held on the following Saturday mornings, from 10-11 a.m.: