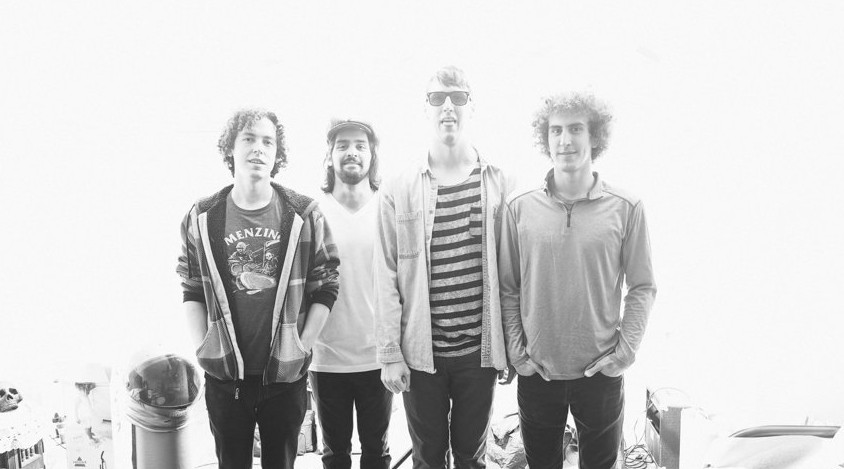 Free Kittens & Bread is an up and coming band from Austin who released their album American Miserablist on April 1. After listening to their latest single “Brainless,” it’s clear the punk rock act is on their way to big things.

The group got its start in 2013 in guitarist Chase Spruiell’s garage in Princeton, Texas, where he began recording the band’s debut EP Recluse. That initial release was followed up by another EP titled Puppet the following year. Upon moving to Austin in 2013 for school, Spruiell decided that he needed to start a new musical project — Free Kittens & Bread came together that same year.

The group is rounded out by Mark Hawley on guitar, Nate Lugo on bass guitar, and Gabe Garcia on drums. “I already knew Chase from St. Edward’s University, however he transferred to another school only to move back to Austin in 2013 when he started the project,” Hawley told Austin.com. “When we were looking for a new drummer in 2015, Gabe hit us up on Facebook a couple times, then joined the band soon after. We met Nate (our 7th bassist) at a show we played at Speakeasy. When our 6th bassist couldn’t continue in the band, Nate contacted us to join.” Mark added that the band’s name comes from Chase’s small town roots and walking with his band mates around Princeton. “In the summer of 2009, we were wandering around Chase’s home town, and we saw a bunch of signs around town for ‘Free Kittens and Bread,'” he explained. “We followed the signs and sure enough, a family was giving away kittens as well as loaves of bread set up on a table. The sign had ‘& bread’ written in different paint as an afterthought, as if they couldn’t get rid of the kittens. We thought that was hilarious so we took one of the signs.”

Years later, Chase still had one of the signs and a need for a band name. As the friends were brainstorming potential monikers, Free Kittens & Bread felt like the right fit, and the name stuck.

While the members were inspired by bands such as Blink 182, the band has adopted more mature musical heroes such as Bob Dylan, Against Me!, and John Frusciante, which all come through on the group’s new record American Miserablist. While Free Kittens & Bread is still relatively unknown outside of the Lone Star State, American Miserablist has the potential to make them much more popular. Their latest licks immediately resonate with pop, punk, and rock fans all across the nation.

With an album of this quality under their belts, Free Kittens & Bread has established the fundamentals for success in music. Free Kittens & Bread is a talented, genuine, and ambitious group that is leaving music fans nodding their heads wherever they go. Big things are surely in store.

You can check out the band’s song “Brainless” below.

If you’d like to check out more of Lauren Gribble’s features, you can head to her website Listen Here Reviews.