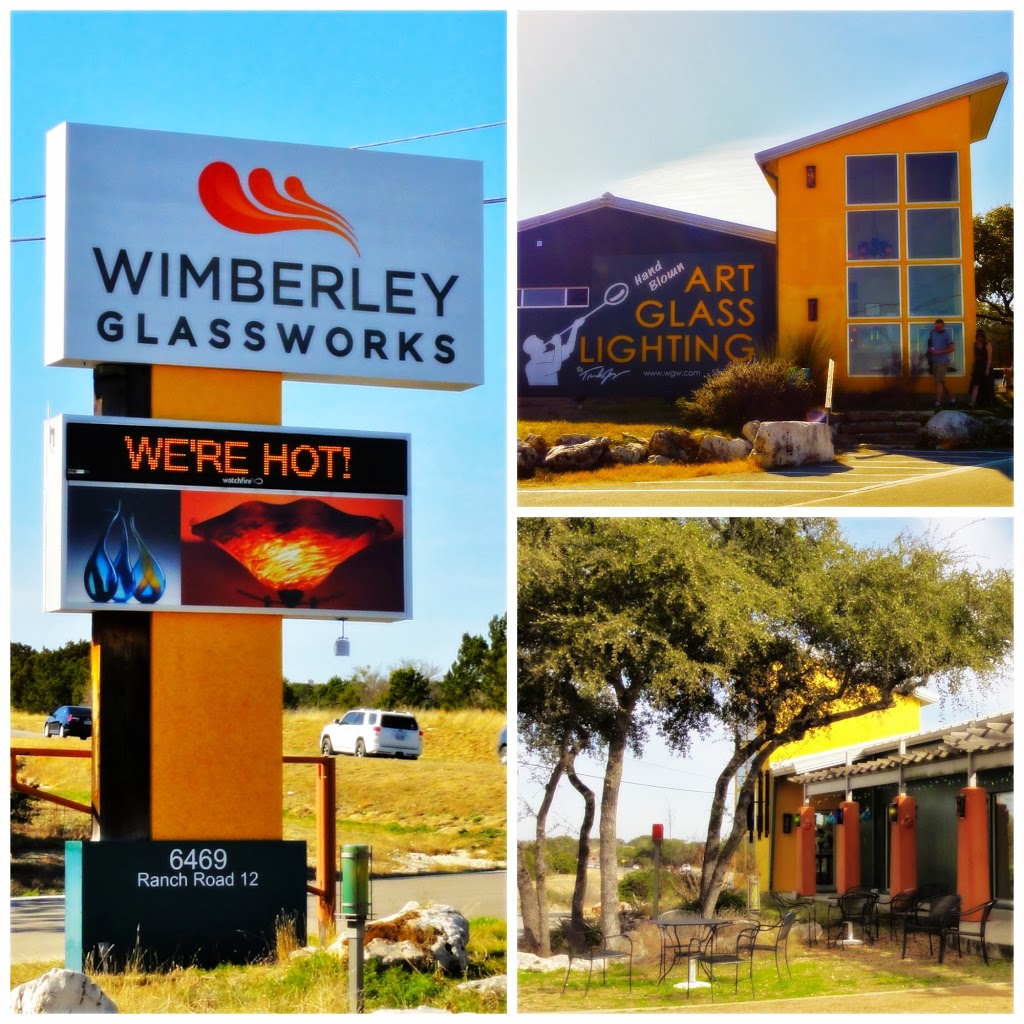 I didn’t know much of anything about glass art before my first visit to Wimberley Glassworks. What becomes clear upon entering their gallery is the distinction between the mass-produced glass items we’re used to seeing and the one of a kind works of art WGW creates. The gallery contains everything from jewelry and paperweights to vases and custom chandeliers–all created on site by a handful of talented artists. According to owner Tim deJong, very few art schools still teach glassblowing due to the expense of operating and maintaining the studios. By extension, there are only a smattering of studios producing these spectacular glass pieces across the country. Just down the road from us lies this treasure, which features free glassblowing demonstrations daily.

While it’s tempting to work some sort of bull in a china shop analogy into this post, the truth is that Wimberley Glassworks is a great place to visit with well-behaved kids. I first took my boys about a month ago and my first grader (who, admittedly, refers to himself in the third person as “The Artist”) enjoyed the demonstrations so much that we went back again last weekend with the grandparents.

During our recent visits, the demonstrations were led by Tim and another artist named Justin. Two of the three demos we watched produced large, colorful Chilhuly-inspired plates. We learned that glass has a memory and will hold the shape of a mold even after being reheated over and over again. We watched the process of adding color to a piece. (All 300 pounds of molten glass in the WGW furnace are clear.) We stared in awe as Tim spun what looked like a vase until it unfurled like a flower into a plate. The third demo we attended was an experimental attempt at creating a cylindrical light fixture rolled in glass shards to give the clear glass a crazed effect. While the experiment was a success, it taught us spectators that nothing in the art of glassblowing is a given. The only way to learn the art is by doing it and glass is only predictable to a certain extent. In other words, it is entirely possible to spend a great deal of time and energy on a piece, only to have it fail. 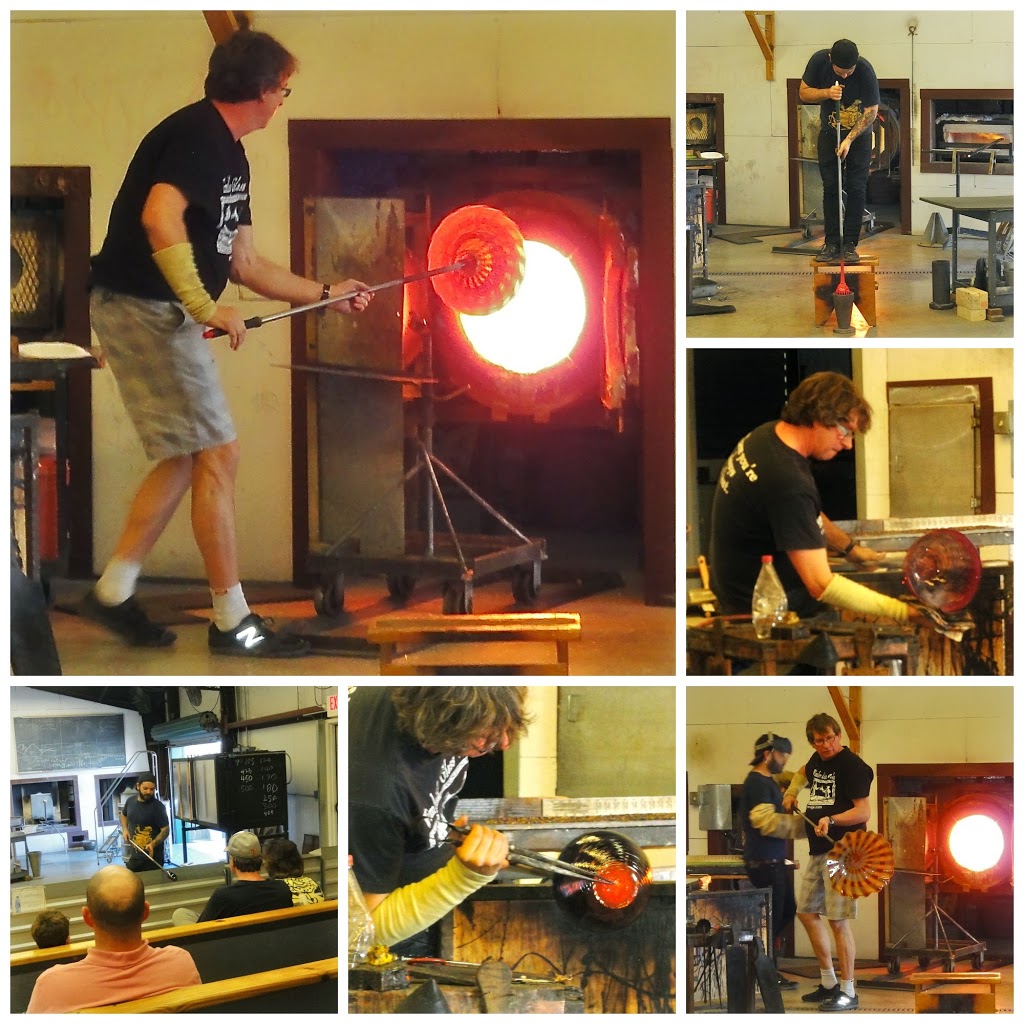 My son, The Artist, said his favorite part of visiting Wimberley Glassworks was that “they tell you, like, exactly, what they’re doing.” Both Tim and Justin described the process each step of the way and addressed questions from the audience as they came up. After the pieces were completed and placed in the oven to cool down, the artists opened the floor to additional questions. Tim encouraged the kids in the crowd to participate in the Q&A session. When my son’s one question turned into a rambling series of questions, Tim answered with admirable patience. He was a great source of knowledge on everything from the history of glassblowing to the science, art, and economics of glass. I was amazed by how much we learned during our visits and that we had a different experience each time. 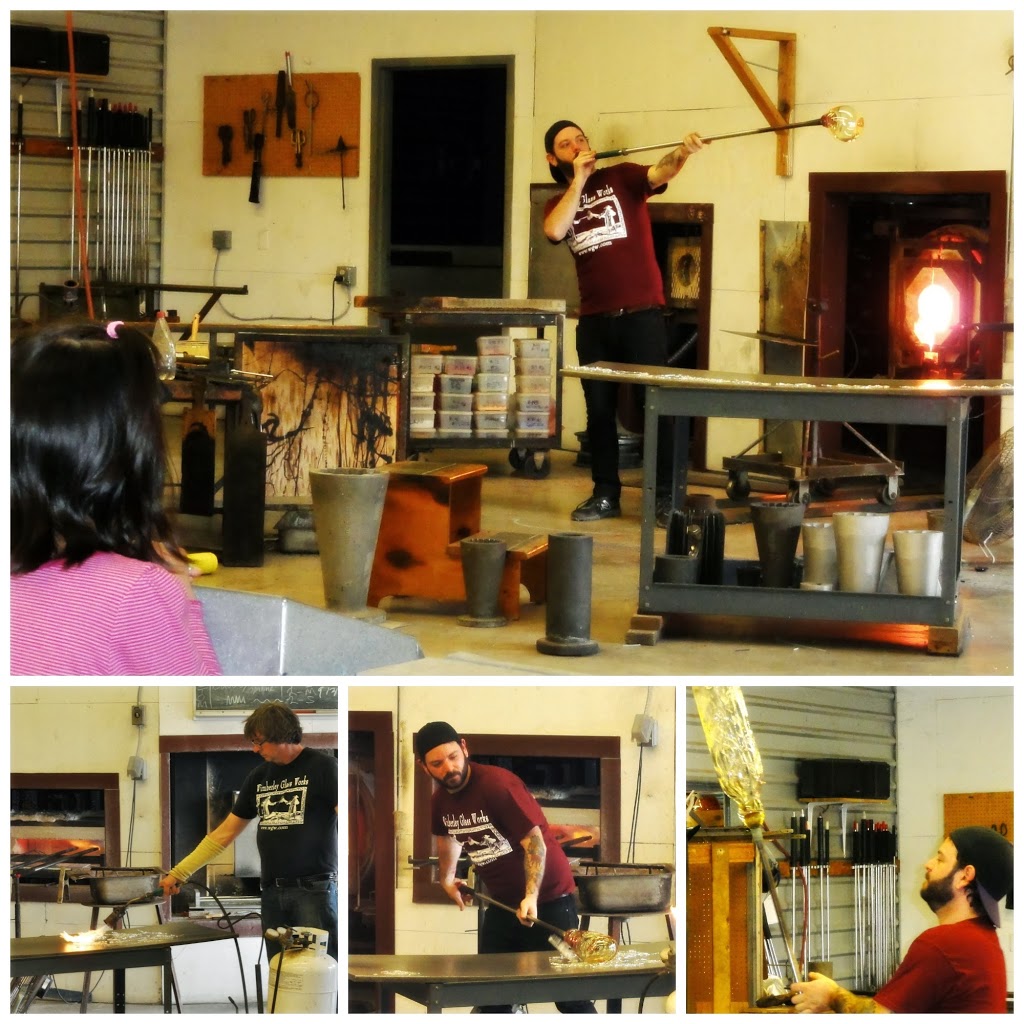 Wimberley Glassworks sits on Ranch Road 12, roughly halfway between Wimberley and San Marcos. There is a small courtyard with tables, chairs, and the greatest windchime I’ve ever heard. It’s an ideal spot for snacking and working off a bit of steam from the drive before heading inside the gallery. The gallery staff is incredibly welcoming but I strongly suggest a quick look-but-don’t-touch refresher with your kids before entering. As soon as you step through the doors, you will be surrounded by very expensive and nerve-wrackingly breakable works of art. 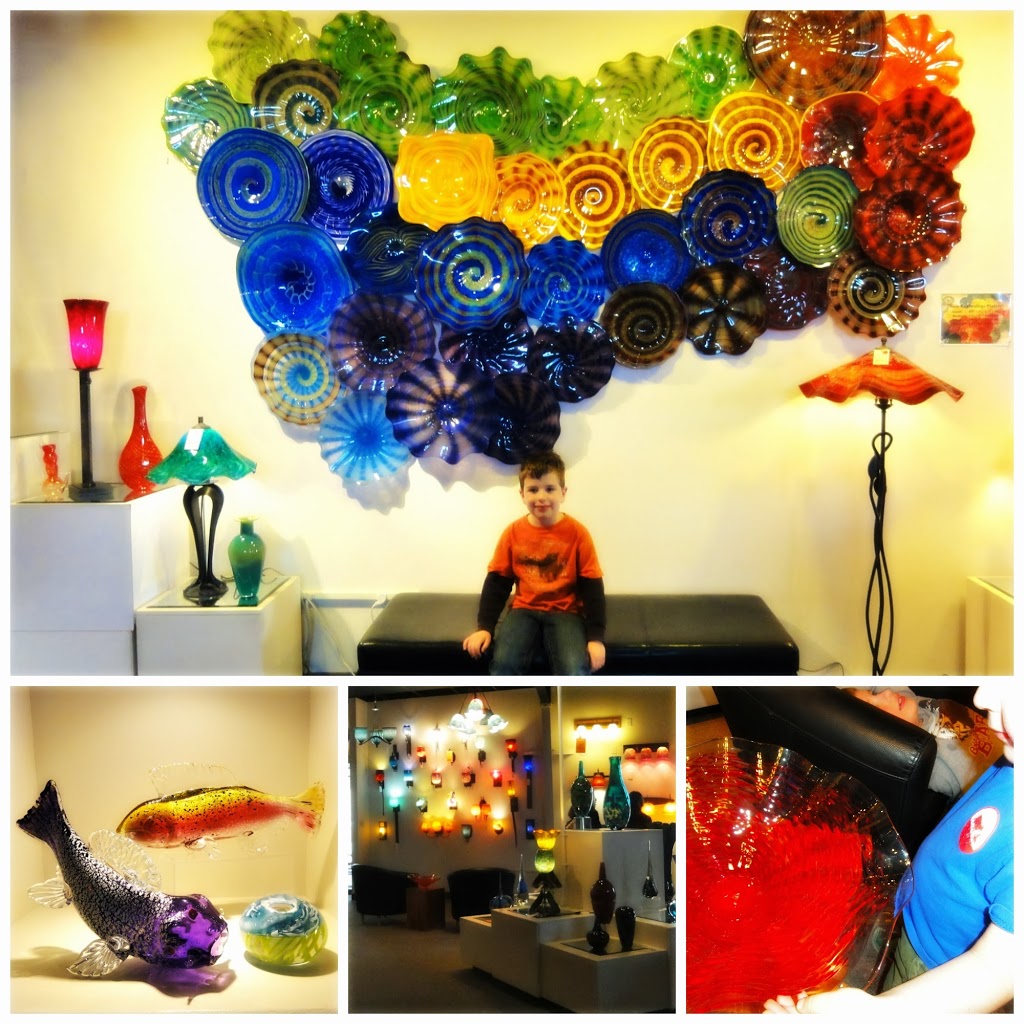 Depending on the complexity of the piece being created, one or several artists may participate in each demonstration. Similarly, the lengths of the demos will vary. The artists break for about 15 minutes between sessions, so it’s feasible to stay for more than one if your kids get excited about the process. And if you arrive when a demo is in progress, it’s ok to sneak in quietly rather than waiting to catch the next one from the beginning. The viewing area has plenty of stadium style seating so you won’t have to endure any “I can’t see” whining from the shorter members of your party. Do be aware that the raging furnace maintains a temperature of 2100 degrees and, consequently, the studio can get downright toasty. There are fans and air conditioning but I definitely won’t be going back in the heat of summer.

Want to make a day of it? A trip to Wimberley Glassworks could easily be streched to include a visit to Blue Hole or the Meadows Center (formerly Aquarena Springs). 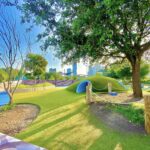 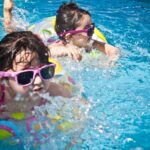 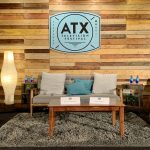 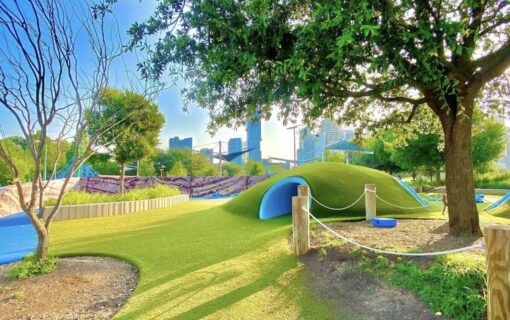 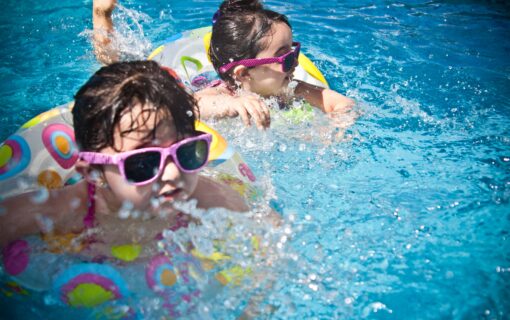