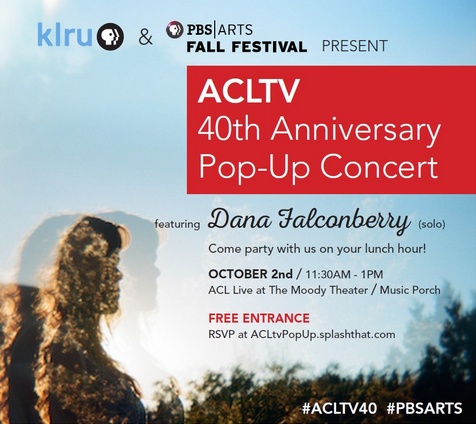 Free and Low-Cost Concerts in Austin: ACL and Beyond

Once again, Austin will flex its musical muscles as our residents prepare for the Austin City Limits Music Festival (ACL), which will take place this weekend and next at Zilker Park. If you have tickets, you probably already know that kids 10 and under get in free with a ticketed adult and that there is a special place inside the festival, Austin Kiddie Limits, which caters to families.

Although wristbands and single-day passes are now sold out, there are plenty of opportunities to catch musicians in the Live Music Capital of the World and not break the bank. While we all appreciate free music, it goes without saying that these musicians perform to support their own livelihoods, so there are always ways to support them, whether it’s putting in some money when the tip jar comes around or buying their music or merchandise.

KLRU-TV, Austin PBS and the PBS Art Fall Festival are hosting the ACLTV 40th Anniversary Pop-Up Concert on Thursday, October 2nd from 11:30 a.m. until 1:00 p.m. RSVP to this FREE show here. Dana Falconberry will perform a solo show at noon. You can buy lunch from Dock & Roll, Tapas Bravas and Burro Cheese Kitchen and nibble on free frozen banana halfsies from Bananarchy. You can even get your photo taken at On the Flipside’s photobooth.

KGSR will broadcast live from Threadgill’s World Headquarters from 8:00 a.m. until noon on Friday, October 3rd and Saturday, October 4th. A $5 donation to HAAM gets you in, and the first 100 people through the door receive a FREE breakfast taco. Here is the schedule, which is subject to change:

KUTX Live at the Four Seasons takes place on Friday, October 3rd. A donation of $10 supports the Seton Shivers Cancer Center and gets you a FREE gourmet breakfast taco and coffee. Bring a lawn chair or a blanket to sit on. The performances will also be broadcast live on the radio. 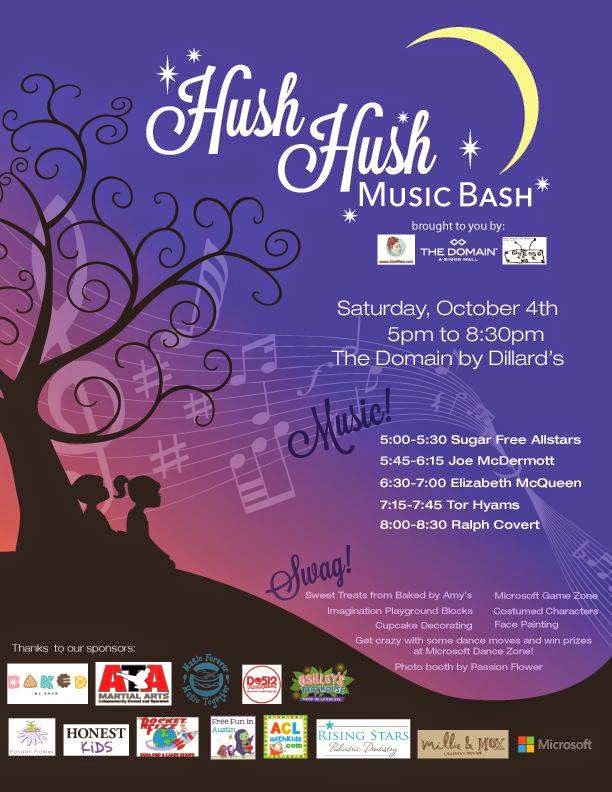 Other chances to catch free or low-cost live music this fall:

The Austin City Limits TV show is filmed in front of a live studio audience and you can enter into a drawing to attend a taping for FREE. Upcoming Austin City Limits tapings are listed on the ACL TV’s website and announced on their Facebook page. Ticket giveaways are posted about a week before the taping. Winners are chosen at random and must present a photo ID to pick up tickets. Winners are notified by email. Standing may be required and no photography, recording or cell phone use is allowed in the studio. 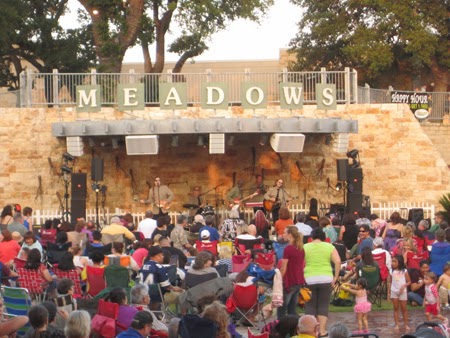 The Grove at Southpark Meadows plays host to a FREE Fall ’14 Special Concert Series. Most shows start at 7:00 p.m.
Here are the remaining dates on the calendar:

St. Matthew’s Episcopal Church has teamed up with Spicewood Tavern in northwest Austin to host musicians on select Sunday evenings for intimate shows and conversations with the artists. The Soul of a Musician Music Series begins at 7:30 p.m. most Sundays, and there is no cover charge.

The Blanton hosts Third Thursdays each month, a themed event that features extended hours and special programming. The museum is open until 9:00 p.m., and Thursdays are FREE. You can even have happy hour in the cafe featuring a glass of wine and slice of gourmet pizza for $5.

Beat the Rush is part of the special programming which takes place at 5:30 p.m. each Third Thursday. Beat the Rush features a guided musical tour of performances by small ensembles in a sequence of galleries in the museum. The musicians discuss with the audience how the music compositions that they’ve chosen connect to the paintings, drawings, and sculptures on display.

Remaining Third Thursdays of the year:

Unplugged on the Front Porch – On the third Thursday of the month, All Saints Episcopal Church and the Live Music Capital Foundation host a free concert series. Doors open at 7:00 p.m. and the music starts at 7:30 p.m. Entry and drinks are FREE, but the organizers ask for a $10 or $20 donation which goes directly to the artist. Parking is free downtown on Sundays. It’s lawn seating, so bring something to sit on. 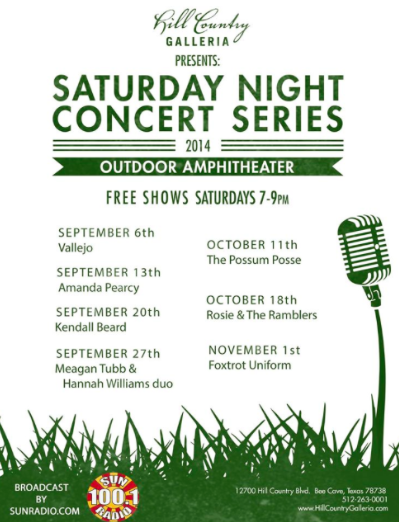 There are of course many, many other places to enjoy free live music in this town. Heidi O. recently wrote about the kid-focused free music happening around town. What’s your favorite venue?

A recovering workaholic, Nicole Basham now spends her time rediscovering Austin through her 8-year-old son’s eyes. A soccer-playing mom, Nicole also enjoys tickling too close to bedtime, taking in some live music and being silly. You can also find her writing at LiveMom, Savvy Source for Parents and CultureMap. She recently penned 50+ Places to Eat Out With Kids in Austin.