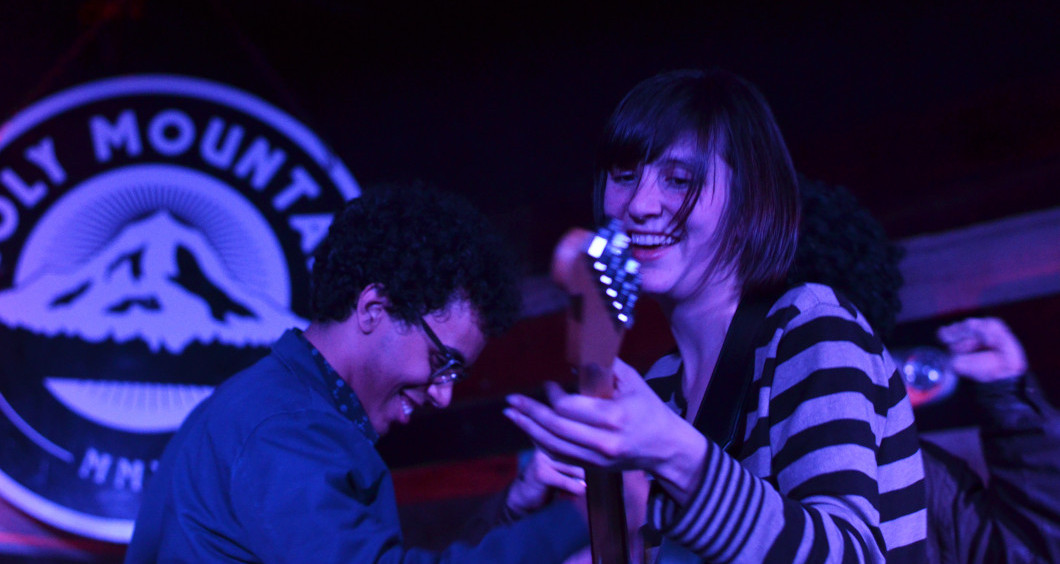 Five Local Bands That Blew Us Away During Free Week 2015

Austinites wandering about the city the past 10 days may have found that the usual hum of music drifting through the streets buzzed a little louder than normal. Since the start of the New Year, musicians, promoters, and fans alike have joined forces in celebration of the biggest local music party in town – Free Week.

This extra long week of free fun is the ultimate remedy for all wintertime woes. Since the first Free Week in 2003, venues have never had to fear a post-holiday business lull during the first week of January as thirsty patrons pour into participating bars. Music fans, with wallets a little too light after all the December spending, are given the gift of free live music bliss. Local bands take the spotlight at this party and rock out to the most appreciative of audiences. It’s the perfect symbiotic love triangle. Everyone wins.

Free Week reverberates throughout the entire city. Venues all over take part – from big downtown staples like Stubb’s to eastside dives like Sahara Lounge, everyone wants to celebrate Austin’s biggest claim to fame as the Live Music Capitol of the World. This is the event of the year that encapsulates what Austin is all about, especially during this time of rapid growth. No matter how big Austin gets and no matter how much things seem to change, a sense of community remains strong.

Here are a few bands that gave us some free lovin’ this past week, and watch out for them throughout the rest of the year! After a long, nearly two-year hiatus from Austin, Unknown Relatives made an epic comeback during Free Week. While they still retain their pop sensibility, its complicated with a slightly darker, more post-punk feel. Check out their awesome new sound at their next show this Wednesday at Cheer-up Charlie’s (also free!). Milezo wasn’t just a band playing at Holy Mountain this Free Week. They were a full-on party. Dancing fans joined the pysch pop band on stage in an awesome sonic embrace. Word on the street is that these dudes have been in the studio the past month, so watch out for a brand new Milezo album to be released in the near future! Mike Melendi of rock band Trustees graced a crowd at Beerland with his first ever solo show. His unique songwriting abilities left everyone wanting a larger dose of this one-man band. No future shows have been reported, so cross your fingers that Melendi will hit the stage solo again. Here’s a selection from the Trustees. The Zoltars enthralled listeners during Free Week with their raw, honest sound. Endearingly openhearted, the Zoltars generate an intimacy unlike any other garage pop band around. Not only will they be releasing their 3rd full length record at the end of February, but a children’s album under the name ‘Jarebear’ sometime this year as well.

While official Free Week 2015 may have passed with the threat of freezing rain over the weekend, the live music party never really dies in Austin. Plus, SXSW is right around the corner! We can’t wait.