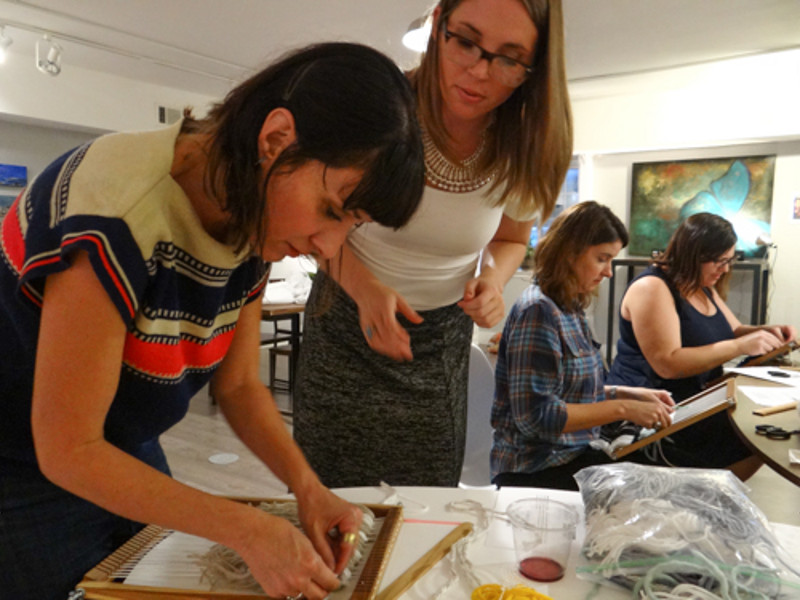 Find Your Next Hobby At Austin Learnshop

Kaley Coffield is one well-traveled individual. Before she landed in Eanes ISD, her first job out of college had her teaching in a village in Thailand. She’s also taught in Argentina and Chile. So it was no surprise when the woman who mastered creating opportunities and experiences for herself decided to embark on an idea to create those same opportunities for others. Thus, Austin Learnshop was born.

“I love taking on new hobbies,” Coffield told Austin.com recently. “I tried painting, both oil and acrylic, as well as playing the guitar. I took a creative writing class from UT Informal Classes, but I felt that the room I was taking it in terms of fostering creativity. I saw that places in California and New York had places where people could create and learn new hobbies from one another, and I thought by doing this in Austin, it would be a great opportunity to build community.”

Her first Austin Learnshop event was held in August, and the topic (as well as the presenter) was one that Coffield happened upon by chance. She met Audrey McGlinchy, a producer from Austin’s NPR station, KUT, at a networking event. After chatting for a bit, McGlinchy agreed to run a podcasting learnshop. Eight people showed up and they all enjoyed putting microphones in front of each other’s faces. A few even started their own podcasts after the learnshop, Coffield said. Some quirkier learnshops followed after her initial success. A pickling workshop, on August 15, featured attendees pickling everything from okra to green beans and vegetables, with a jam workshop the next day. There was even a knitting learnshop, and a cider learnshop held at Austin Eastciders.

Coffield says the idea of a learnshop is less craft-oriented and more based on sampling an activity that requires deep skill.

“For our cider workshop, our cidermaker was so specific. He said, ‘You have to make the cider at 102 degrees,’ and you can’t get that sort of info online or elsewhere.”

Attendees cannot stop raving about the learnshops. Nicole DeAngelis, an Austin marketing professional and fellow yoga teacher, took the pickling learnshop and “thoroughly enjoyed” participating in the class. “I was able to learn a new skill,” she said.

The amount of attendees at Learnshop classes range from 8 to 18, with the price hovering from $30-60 dollars for materials, and to compensate the instructors. Coffield keeps it small to allow the instructor to give ample time to each student. The classes usually run for two hours.

Coffield has a bevy of learnshops on tap for 2016, like woodworking, art installation, jewelry making and class on small business just to name a few. There are plenty of people coming to her asking to teach, too. There’s such variety that it’s anybody’s guess as to what might get scheduled next.

Piggy-backing off her work with Rustic Pathways, an international organization she works with over the summer, Coffield said she hopes these learnshops international.

“My original idea was to help create experiences for people through traveling, and it morphed into Austin Learnshops,” she said. “Hopefully one day we can do these learnshops [in other countries].”