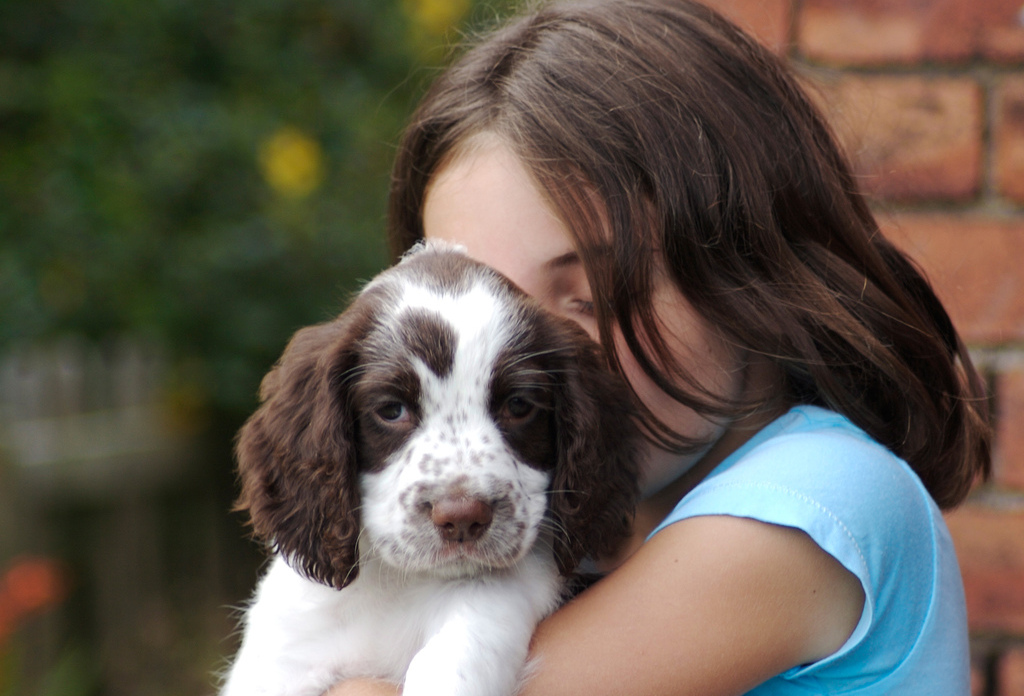 Cats and dogs are brought home from shelters like Austin Pets Alive! for a variety of reasons. Some people like having them around for a security (usually dogs, unless there’s an industry of “guard cats” I’m not aware of), some for companionship or to recover from ailments such as PTSD (such as the work done by awesome organizations like Pets For Vets). More often than not, however, pets are brought home to become another addition to a growing family – or, in other words, their kids pestered them into it.

There’s nothing wrong with that – that’s how I got my first dog, as a matter of fact. But, it’s not as simple as finding the friendliest dog at the shelter and taking it home. Some dogs and cats may be the sweetest thing in the world when you first meet them, then turn into complete sociopaths once they get around other pets or children. Thankfully, the staff members at Austin Pets Alive! and the other fantastic animal rescue facilities in Austin are trained to help you find just the right new friend.

Here’s a few of these friends still looking for a new home that APA! has listed in their site as “good with children.” That being said, the following statement is necessary:

The ratings below indicate our best guesses based on what we’ve observed for each animal at the shelter or in foster. Each animal will respond differently in different situations, and may not live up to these ratings in all situations. Click here to learn more about how we rate our adoptable pets.

King wants to lick you. So badly.

Meet King, a terrier/pit bull mix and an absolute sweetheart. A large (nearly 70 lbs.) 5 year old cupcake of a dog, King is also a “graduate” of APA’s CGC program – also known as the Austin Kennel Club’s Canine Good Citizen certification. In order to gain said certification, a dog must “ dog must demonstrate solid obedience training and general reliability in 10 different real-world scenarios.” (Check here to learn more about the program.)

King has proven to be a complete gentleman when it comes to dealing with both children as well as new people, and rarely, if ever barks. He’s still active enough to go on car rides and hikes and, in fact, copes best in a home with a large yard. However, it’s highly suggested that he be the only pet in the house

If you’re interested in making King a part of your family or would like to donate to help APA with the costs to keep him happy and healthy until he can be adopted by someone, visit his APA profile here.

If you’re looking for a canine friend that’s a bit on the younger side, consider Malu Lani. Another terrier/pit bull mix (some may be shocked at just how lovable and obedient pit bulls can be when they’re in loving homes), this three year old little lady is a controlled bundle of energy. She loves to play with children and chew on toys, but she’s intelligent and reliable enough to leave her home alone and not worry about your furniture being destroyed.

She’s already fixed, crate trained and house trained, and  the APA is currently working on improving her leash training. Also, remember, ever APA dog adoption comes free behavior assistance, so you’re never on your own with training your new friend to be on their best behavior.

Learn more about Malu Lani and where to visit here, at her APA profile page here.

It doesn’t take a animal behaviorist to know that taking care of cats is, well, a completely different animal than taking care of dogs (yeah, we’re sticking with that pun, deal with it). Not only are there simply more cats than dogs out there that need homes, they generally have more health and care requirements. That being said, cats are also self-reliant, intelligent, develop the most interesting personalities and, with a little patience, you can train them to do some amazing things.

One of these adorable little monsters is Tiger, an 11-year old domestic shorthair (cats generally don’t give a rodent’s posterior what their name is, so feel free to change it upon adoption). Tiger was hit by a car years ago but recovered almost as good as new. As an older cat, she does require some older cat needs – plenty of water and wet food – and arthritis will slow her down some. She’s not especially fond of the company of other cats but she loves people – including children (well, children who realize that cats are pets and not toys). She’s a talker and a snuggler and loves to take naps.

Tiger is litter box trained, has all her shots, tested and fixed.  To get me information, such as where to meet her and adoption details, pay a visit to her profile page.

Billy Jean. She’s just a girl who thinks that you are the one.

Also perfect for homes with slightly older children is Billy Jean. A 4 year old domestic shorthair, she’s playful, curious and well behaved. Friendly and used to other cats and dogs, she’ll even head into the room and join in on any playtime going on at the moment. She’s a well-rounded, well behaved cat

Billy Jean is not only already checked out for diseases and vaccinated, fixed and litter-trained, she’s also already microchipped in case she gets lost. But you wouldn’t let a precious furball like this get lost, now would you?

Find out more details about Billy Jean at her profile page here.

Sadly, not every pet at APA or any of the other shelters are as healthy and care-free as these four. Some are in serious need of special attention and are looking for an extra compassionate home to live in. Next week, we’ll take a look at some of the special-needs animals that need your home just as badly.

Remember, when you adopt a pet at APA, you’re saving two lives: the life of your new friend and the life of another pet that is taking their place!

IMPORTANT: Along with its benefits, pet ownership is a big responsibility. Please consult with the staff of shelters like the APA as well as other pet owners before making a decision to adopt one.