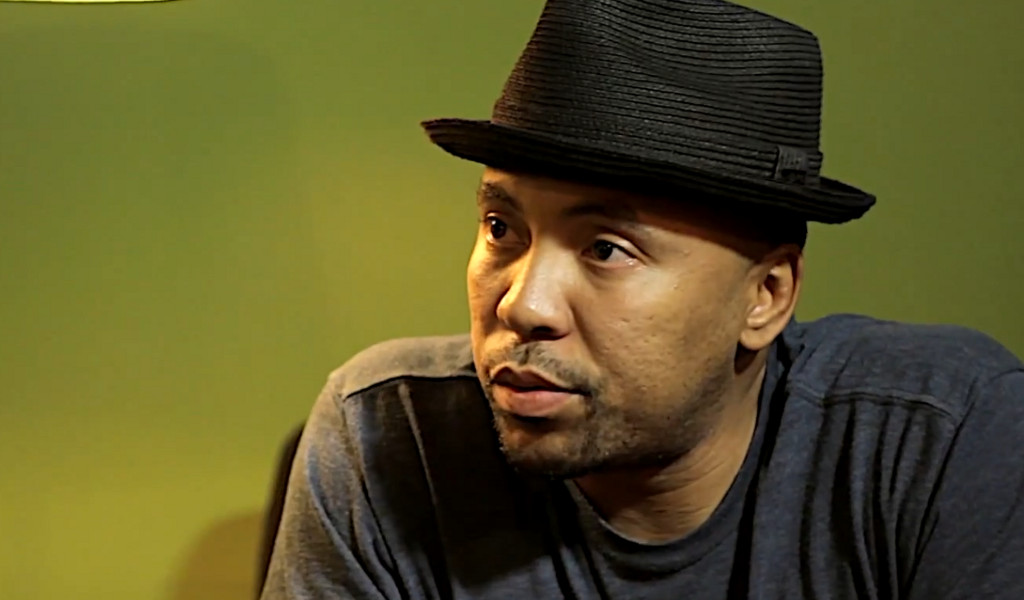 This Entrepreneur Is Finding Success By Fusing Martial Arts, Poetry, And Hip-Hop

Editor’s note: Welcome to the first edition of Austin Creators, a brand-new interview series by Chilimbwe Washington focused on film and entertainment professionals in the Texas capital. Do you want to get featured by Austin Creators? Then connect with Mocha Latte Productions on Facebook and make sure to say hi!
——

In any business, an overnight success is incredibly rare. Da’Shade Moonbeam — AKA Jeff Johnson, a hip-hop artist, poet, martial artist, social activist, filmmaker, and entrepreneur — is no exception to the rule. Despite that, Da’Shade is finding success by doing something highly unusual: He’s created a company that fuses all of his loves into one thing.

Da’Shade’s business is called Cry Havoc Action Choreography. As you might guess, Da’Shade and his crew get to geek out on the sets of motion pictures and stage fights for movies both big and small. But, how did he get here?

Da’Shade made the jump to perfecting his message behind the camera from his time as a hip-hop artist. A proud native of East Austin, Da’Shade grew up toward the end of the golden age of “Must See Cartoons,” which meant that the media of his younger days was mostly focused on faces that looked nothing like what he saw in the mirror.

In the early 1990’s, Da’Shade found himself drawn to hip-hop and began honing his own Texas branded music. Before long, Da’Shade and several of his life-long friends branched out into film, forming Cry Havoc to meld their love of movies, martial arts, poetry, and hip-hop. While they’re still a young company, today Cry Havoc is doing stunt work on original “Star Wars” stories, and they even have a project authorized by George Lucas himself.

Da’Shade first caught the spotlight with “Let This Be The Beginning,” performed as an opener for Talib Kweli, and later this year he’ll be prominently featured in a short film titled “The Revamp: Part 1.” Reinvention is essential for growth in any industry.

For Da’Shade, his reinvention is apparent with “The Revamp: Part 1.” The main character in this 10+ minute post-apocalyptic piece battles to get back his kidnapped wife. The fighting style primarily used in the short is capoeira, this includes the complementary swordplay to go with it.

Shot by ATX Productions, with Cry Havoc Action Choreography arranging the fight scenes, “The Revamp” is a pivotal push for Da’Shade toward truly next-level, polished, professional work. Check out the trailer below:

While it’s clear that Da’Shade is talented, what’s less clear is what he represents. Da’Shade is just one face among a new wave of black filmmakers coming to prominence in Austin right now. The audience that came out for a recent Alamo Drafthouse special screening of “The Revamp: Part 1” made that powerfully apparent. This next wave of local filmmakers is much bigger than anyone realizes yet, and the sheer talent they are bringing to the fore is insane.

Keep an eye out for Da’Shade and “The Revamp,” and expect to hear more from Cry Havoc in the near future.