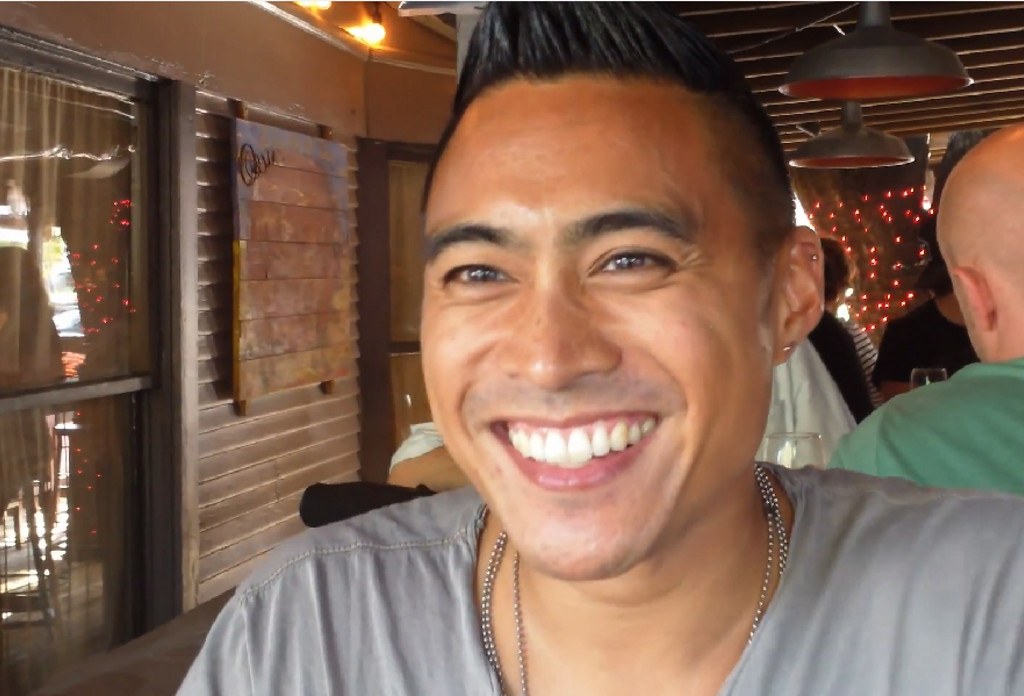 Editor’s note: The clip below is our debut of “Day Drinkin’ with Arcie Cola and Austin.com,” a weekly video profile series focused on talented, extraordinary, and just plain weird Austinites. You might know our host Arcie from The Austin Chronicle‘s “Best Of” lists in 2008, when her show “Cookin’ Good” won best local-access cable program and landed her on the paper’s cover. She’s also the co-host of PooPoo Platter’s drag show at Elysium, and occasionally a Tarot card-reading psychic. Austin.com featured a story about Arcie back in July spotlighting her video profiles of local Austinites, and today we’re pleased to present our first collaboration. Be warned: Some of Arcie’s material gets Weird and potentially NSFW, but we wouldn’t have it any other way. She’s as unique as the city itself. We hope you enjoy her work as much as we do.
——

In this week’s episode of “Day Drinkin’ with Arcie Cola and Austin.com,” Arcie talks to cinematographer and documentary filmmaker PJ Raval, whose heartbreaking documentary about three gay seniors, “Before You Know It,” won “Best Documentary” at the Chicago Gay and Lesbian International Film Festival and “Audience Favorite” at the Austin Gay & Lesbian International Film Festival. Raval also worked on the Academy Award-nominated documentary “Trouble In The Water.”

His interview is a nod to Austin’s LGBTQ community, without which this city would be a much less interesting place. Happy Pride Week, y’all!