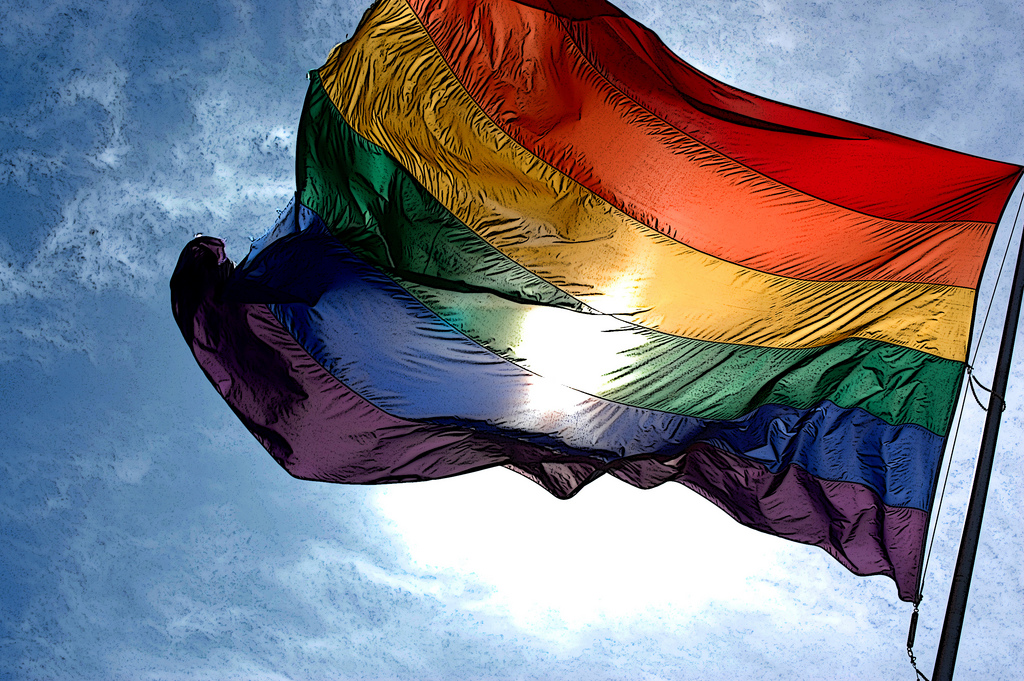 Foulk has been working hard with his weekly sketch show “Bad Example,” at the New Movement Theater, and movie release of psychological thriller ‘Meet Me There.’ Hardesty has been darting from comedy gig to comedy gig at Cap City Comedy Club, Hell Yes Fest in New Orleans, and FUN FUN FUN FEST here in Austin.  I was lucky enough to sit down with these busy, funny men to discuss their popular show Greetings From Queer Mountain.

DANIEL WEBB: What do you like most about Austin?

MICHEAL FOULK (MF): Well i grew up here for the most part, so it’s home. I love Austin. I love Austin because it’s still a live music city, but in the past couple years it’s become a comedy city in a big way with Moontower Comedy Festival. There are five improv theaters in town, sketch shows all over, you can’t go to a damn bar without seeing a stand up show.

It used to just be all blues bands and now it’s comedians.

MF: I’m enjoying watching the city change. Different things are combining, we’re getting a lot of shows that are music and comedy.  I would way rather see someone bomb on stage than see someone who was too into Stevie Ray Vaugn.

Ralphie, what do you love about Austin? RALPH HARDESTY (RH): My favorite thing about Austin is the creative culture here.  There’s a lot of energy, there are really cool things happening all the time, everywhere, to the point where it’s exhausting!  I’d rather it be that than live in Dallas, if i can throw a little shade.

What is Greetings From Queer Mountain?

MF: Greetings From Queer Mountain is a monthly storytelling showcase for LGBT (and as many letters as we can fit in) that is run by me and Ralph Hardesty, every month at Cheer Up Charlies.

RH: First of all I disagree with everything Micheal just said.  And second of all, it’s basically a storytelling open mic where people can sign up ahead of time and come and do whatever the fuck they want to do.  Typically it ends up being a story but we’ve had theatrical presentations, we’ve had people take their clothes off.  It’s kind of it whatever people need it to be.

Where did you get the idea for Greetings From Queer Mountain?

MF: Ralph and I wanted to do a show that focused on gay comedians and when we started putting it together we realized there’s only like five of us in town.  So then we thought, “What if we do a show where the goal is to push more people in front of a microphone?” It was just that. Greetings From Queer Mountain came out of failing to put together a gay stand up show.

MF: Our audience is great!  The audience enjoys seeing different voices up there, they know when to laugh and they know when to get into it. We’ve gotten a great response from the trans community which is awesome.  It’s really important to me that all groups are represented on that stage.

RH: It’s amazing when you have a show that people want to come to.  Not only is there a good crowd but they actually want to see the show, whereas normally when you perform at a bar you have to accept that people didn’t know there would be a show happening.

MF:  I like when they didn’t know the show was gonna be there.  I know Ralph likes to spot the straight couple that was just having a drink.

RH: I remember saying to the sound guy at Cheer Up Charlie’s, “I love doing a show here because people actually come to this bar!” and he said ” I’m here every night and these people know you’re show is tonight. They’re here for you.” I’m always surprised how attentive your audience is.

MF: I think it says something about the speakers.  When people are really telling some truth up there, you want to listen.  And you can tell when it’s bullshit.  You’re like, “Wait a second, only a third of this story is true, and then you combined the rest with an episode of SVU.”

Cheer Up Charlies has been a very supportive venue –

MF: I love Cheer Up Charlies!  The space is awesome. I love all the staff, Maggie and Tamara.  It’s the perfect place for the show, they go together.

Generally speaking, who performs at Greetings From Queer Mountain? RH: Generally speaking they are aging alcoholics who are all healing adolescent wounds.

RH: It’s definitely a queer group.  We try to make it as queer as possible.

Jami Shofner is one of my favorite performers.

RH: In my 30s, the most punk-rock thing about me is Jami Shofner. I will always let Jami be on the show. She’s such an anomaly. She has a place at Queer Mountain. I love Jami.

Each show has a special theme. Are there any past themes that stand out to you?

RH: The ones about fu*king are generally the best. I think the ones where people tell great stories like, “That’s How I Found Out I’m A Sub!” and I’m like, ‘Wow! That’s a great story!’

MF: Probably one of my favorites was one of our performers brought his laptop and set it up to have a homemade pornographic video playing, but it was covered up with a blanket  so you could only see it if you chose to. It was really fun watching people decide, “I’m gonna go look at it!”

What is something that surprised you at a Queer Mountain show?

MF: A friend of ours, Maggie Criss, came out, officially claiming that she was a trans woman, and did it on the stage at Queer Mountain and talked about her path with it. It was a really powerful thing. What’s great about Queer Mountain is you’ll get a lot of funny stuff, but then you’ll get people working out some serious shit on stage.

Looking forward to this year, what do you want for Greetings From Queer Mountain?

MF: There’s a lot of stuff I’d like to do! There’s a lot I want to put under this idea, because in my head Greetings From Queer Mountain is this show that is really queer and cool, and honest.

Catch the next Greetings From Queer Mountain on Wednesday, January 28 at 9 p.m.