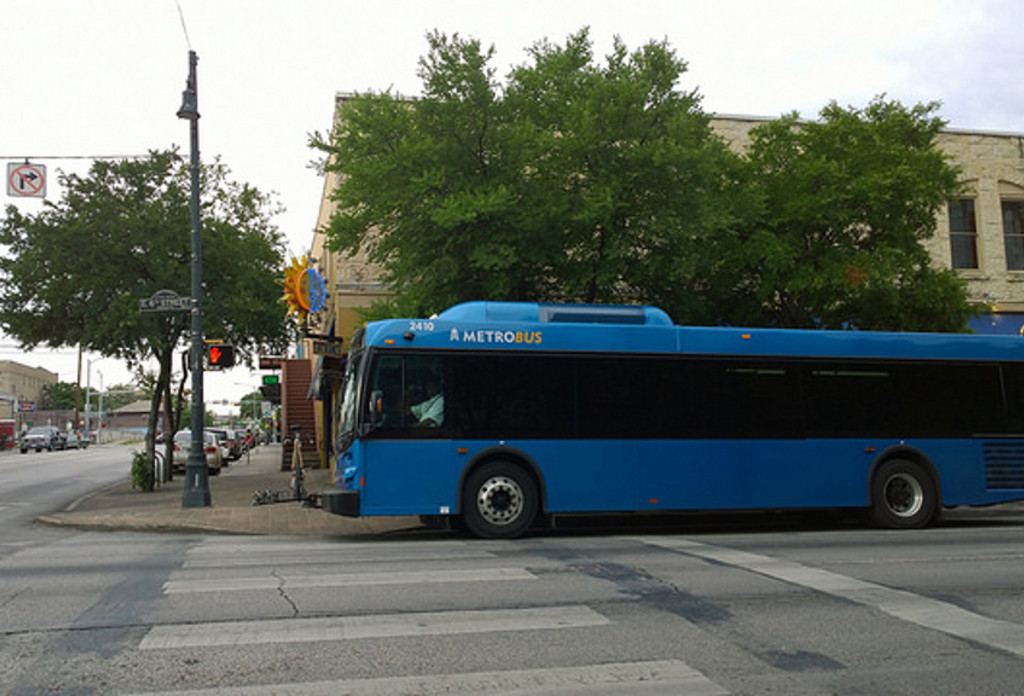 CapMetro Bus Stops on Congress are No More

Like many familiar sights in Austin, the regular stream of public buses up and down Congress Ave. will now be a distant memory. As of Tuesday, the City of Austin and CapMetro have closed down the remaining 19 bus stops along the busy downtown street, moving them to nearby Guadalupe and Lavaca Streets. The only remaining bus to venture the street will be the Metro Airport route, in order to keep it convenient to the hotels in the area.

The decision to remove the stops, which has been in the works for nearly five years, was intended to make the stretch of road more business and pedestrian friendly. Dedicated bus lanes running along the aforementioned Guadalupe and Lavace streets have also been implemented to, among other things, provide room for the new MetroRapid bus service.