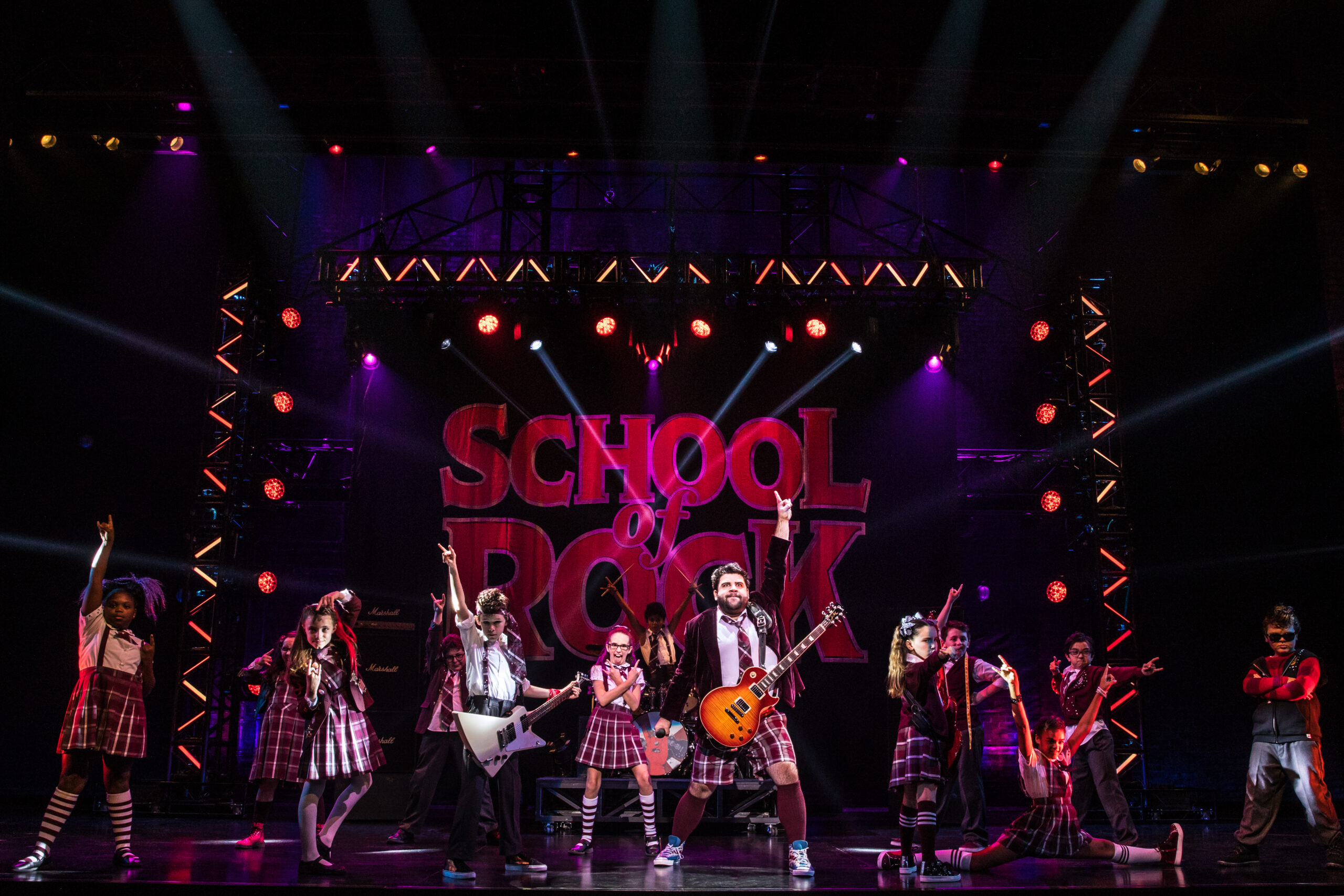 Get Ready To Rock & Roll With School Of Rock – The Musical! And We’ve Got Tickets to Give Away!

Fasten your belt straps because you’re in for one wild ride as School of Rock – The Musical, takes you on an electrifying journey through middle school as a group of book smart music prodigies transform into a captivating, head-banging rock star band.

This is one performance you don’t want to miss! Keep reading to see how you can enter to win two free tickets to the show on its opening night, February 13, 2018.

From the School of Rock – The Musical description:

“Based on the hit film, this hilarious new musical follows Dewey Finn, a wannabe rock star posing as a substitute teacher who turns a class of straight-A students into a guitar-shredding, bass-slapping, mind-blowing rock band. This high-octane smash features 14 new songs from Andrew Lloyd Webber, all the original songs from the movie and musical theater’s first-ever kids rock band playing their instruments live on stage.”

The cast of the School of Rock Tour. © Matthew Murphy.

Listen in as Merritt David Janes (Dewey Alternate), talks about his experience as a School of Rock Broadway member:

How did you get started in Broadway musicals and was it always a passion of yours? My first musical that I ever did was Jesus Christ Superstar. I played Peter! And the first two musicals I ever saw were Cats and Phantom of the Opera. So it makes sense for Andrew Lloyd Webber to have written the first Broadway show I was going to be apart of.

What’s it like working with the other cast members and have you worked with any of them prior to this play? This is a fantastic group of people. Not every tour has a group this solid. I’ve worked with a few people from different tours. As far as School of Rock goes, Emily Borromeo, Gianna Harris, and I came from the Broadway production in New York.

School of Rock is a story about believing in yourself and your abilities even after failures or setbacks occur. Have you ever experienced this in your personal life? Of course! We all have! There a lots of reasons and excuses NOT to do something out there. But if you do nothing, then nothing will happen. We are all out here together because we found the reasons to make it happen!

What is a typical day in the life of a traveling Broadway cast member when you aren’t doing the show? We have 8 shows every week and we are in each city anywhere from a week to a month. We tend to have later bed times than most because we get out of work around 11:00pm.

What would be one takeaway you’d like for the audience members to get after watching this musical? They are seeing kids do something that has never been done on stage before when they become their own rock band in this story. I hope that people will leave our show and pick up their favorite instrument and start rocking on their own! 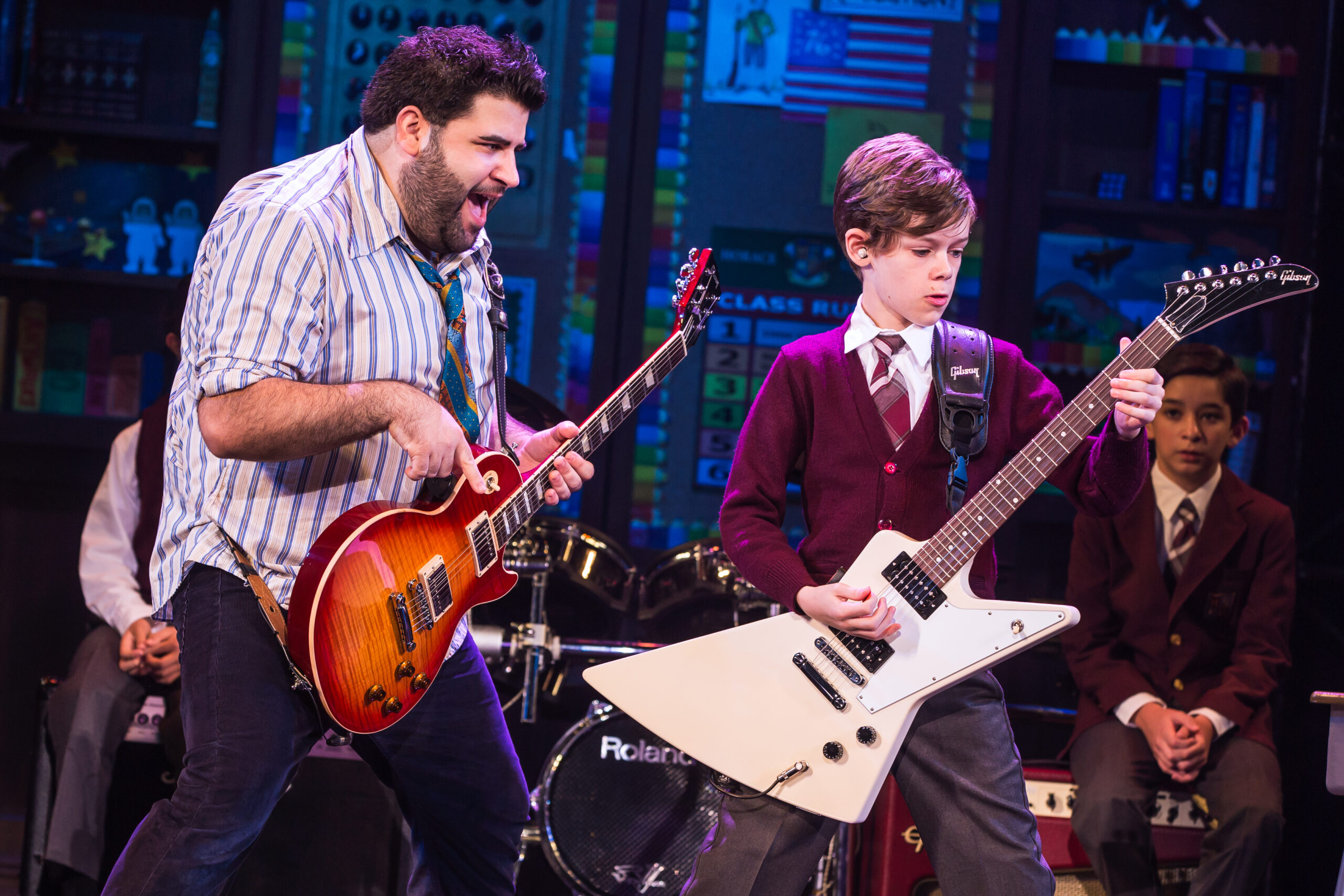 Rob Colletti and Phoenix Schuman in the School of Rock Tour. © Matthew Murphy.

If you can’t seem to get enough of this musical experience during its short time here, try visiting Austin’s very own School of Rock school, devoted to training students locally to become amazing musicians.

School of Rock, sponsored by Lexus and presented by the Texas Performing Arts, is performing at the Bass Caoncert Hall in Austin February 13–18, 2018. Tickets can be purchased at School of Rock – The Musical.

And go ahead and enter our ticket giveaway, while you’re at it!

Win a Pair of Tickets to ‘School of Rock’ the Musical
https://js.gleam.io/e.js