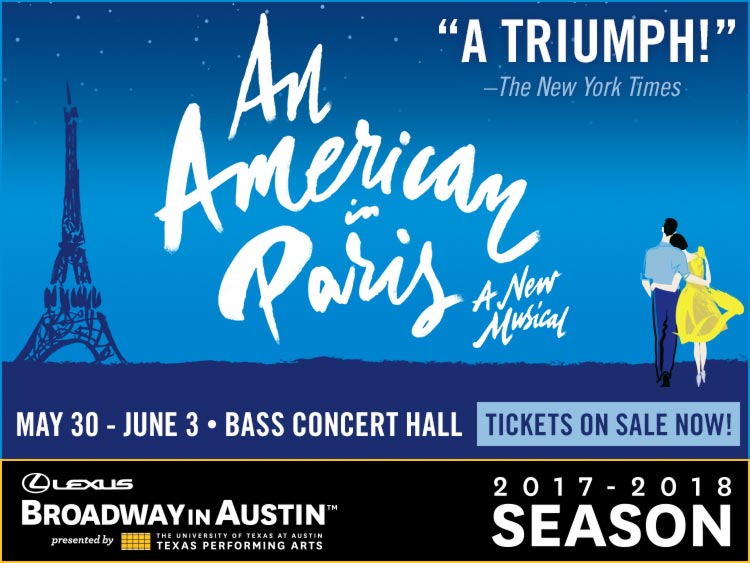 Broadway in Austin Presents An American in Paris, and We’ve Got Tickets to Give Away!

Broadway in Austin is closing their 2017-2018 season with the acclaimed musical, An American in Paris. This stage production is inspired by the Academy Award winning film of the same name and tells the story of an American soldier, a mysterious French girl, and a beloved European city after World War II.

With music and lyrics by George and Ira Gershwin (just try not to sing along to “I Got Rhythm”) and directed and choreographed by Tony-Award winner Christopher Wheeldon, it’s a wonderful way to end the season. The show runs from May 30 to June 3 at Bass Concert Hall, and we’ve got a pair of tickets to opening night!

Want an even better chance of winning? You’ll get a bonus entry for completing all six actions, which are as simple as signing up for our newsletter and reading a few great articles about Austin!

‘An American In Paris’ giveaway