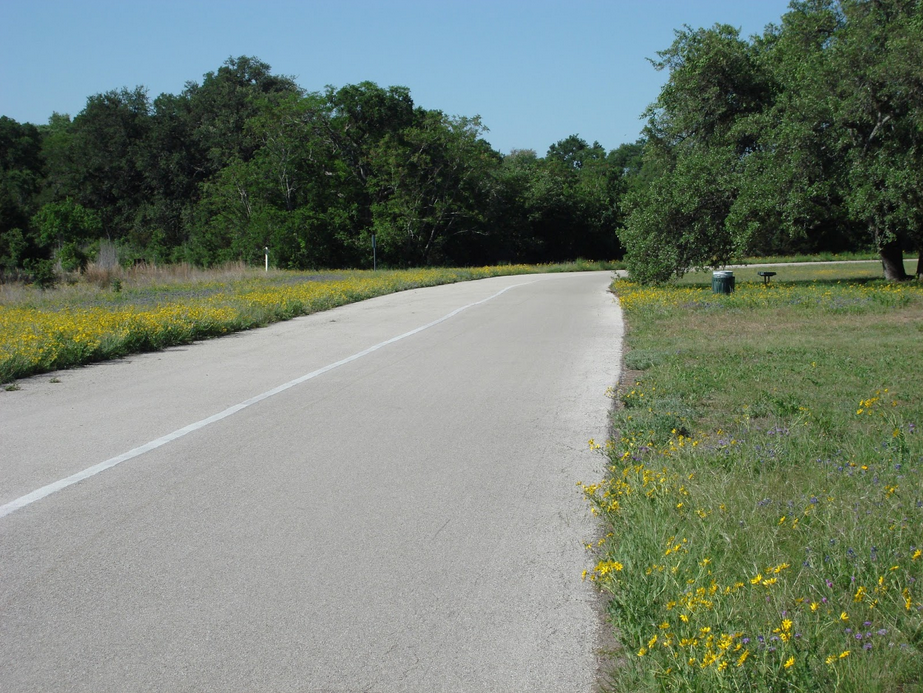 Austinites prefer a little green space with their urban jungle. Like the greenbelts that crisscross town, the Veloway is a unique venue that highlights the city’s love for physical activity and the outdoors. Approximately 3.1 miles long and 23 feet wide, the paved one-way track is a free and public-use facility completely closed to vehicular and foot traffic, designed expressly for the use of cyclists and rollerbladers.

The Veloway is surrounded by undeveloped land with small trees and brush, and in season, offers brightly colored fields of bluebonnets, Indian blankets and other native wildflowers. Squirrels, roadrunners and deer are common sights, as well as the occasional rattlesnake and tarantula. The track is designed in a large loop, with several hairpin turns and rises, and is divided by a center stripe into two wide lanes, the left of which is meant to be the “fast” lane. Traffic travels in a clockwise direction, and beyond the sound of a noisy free-hub or poorly maintained chain coming up behind you, there’s no road noise.

The Veloway is, above all, a safe place to ride your bike. As a pleasant change of pace from pickup trucks and suburbans, indecisive squirrels are a rider’s biggest threat. And though the course isn’t completely flat and “easy,” it’s a good place to bring an inexperienced or novice rider who isn’t comfortable riding in traffic or navigating around obstacles. On the weekends when the weather is favorable, the Veloway is full of recreational riders and parents coaxing their kids around the loop. During the week or on particularly cold or rainy days when the crowds are gone, the Veloway is excellent for faster training, with the added bonus of building good cornering skills. It’s also a venue where, along with roller skates and inline skates, virtually any species of bike is welcome and safe—unicycles, tri bikes, road bikes, mountain bikes, recumbents, and even stranger inventions. 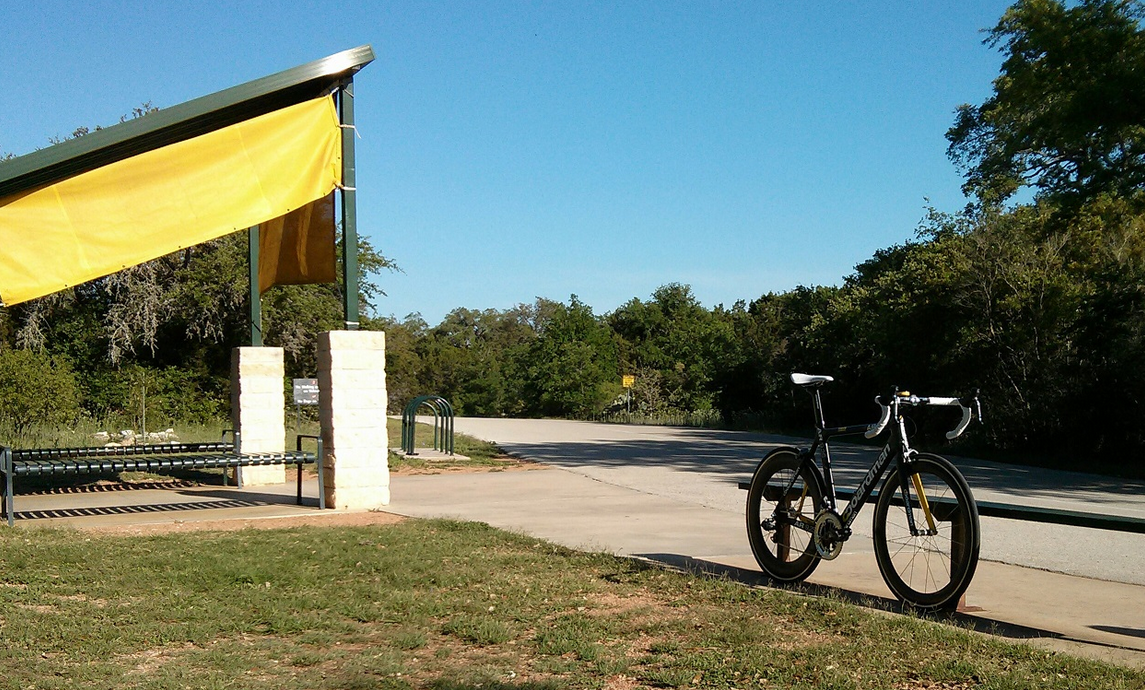 The Veloway does have its drawbacks. For one, it’s located too far south for many cyclists, adjacent to the Ladybird Johnson Wildflower Center at the intersection of South Mopac and La Crosse Avenue. Cracks are widening in the pavement, and the track floods in spots after heavy rains. The only facilities are two porta potties typically in an extreme state of overuse. On that note, you can sign a petition for Veloway improvements here.

Overall, however, the Veloway is an undervalued space that offers a truly special opportunity to ride. As a person who loves to be outside and trusts her handling skills but not area motorists, I give the Veloway full credit for saving my sanity over the past nine months. My son will have logged approximately 85 hours of Veloway time by the time he’s born at the end of May. Many thanks to the city and the volunteers who keep this incredible space up and running, aiding the current crop of cyclists and building a future one.

Take Mopac South to La Crosse. Turn left on La Crosse. Park on the street or in the dirt parking lot to the left. The Veloway is clearly marked.

There are also some unofficial dirt paths to the Veloway behind Bowie High School (avoid this route during school hours) and neighborhoods off of Brodie Lane. These are visible on Google Maps

Article written by Kathryn Hunter. Many thanks to Austin Tri-Cyclist for sharing this wonderful post with us!