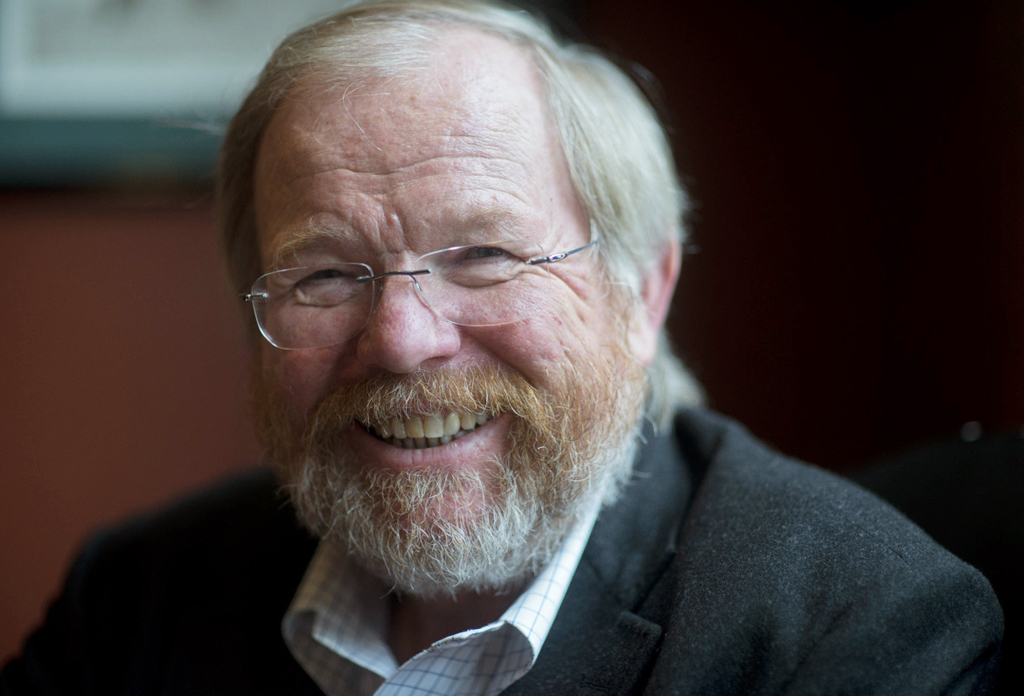 On Friday, January 30, The Long Center invited a new bearded face into town. From 8:00 to 9:30 p.m., acclaimed travel writer and comedian Bill Bryson regaled Austinites with humorous tales of his travels — of encounters with grizzly bears along the Appalachian Trail, near-death experiences in light aircraft, Australia’s wide assortment of deadly creatures, and his feeling beautifully torn between two homelands: Britain and the United States.

Throughout the talk, Bryson read from a number of his most popular books, including A Walk in the Woods, Bryson’s account of his failed attempt to hike the entire Appalachian Trail (which has just been adapted into a film), Bill Bryson’s African Diary, a memoir of his time in Kenya with CARE International, and In A Sunburned Country, a whimsical guide to Australia. More than a few times during the evening, Bryson had the entire audience rolling — and that’s just the way he likes it. The author tries to find or create humor in just about every experience in life and admitted to being particularly proud of the time that he made an impossibly serious loan officer smile “for the first time in his life.” During the Q&A segment of the event, it became clear that Austinites respect and value Bryson’s work. Several audience members expressed looking forward to each new installment and having read preexisting books more than once. A young boy thanked Bryson for writing things that entertained him on “really long and boring” road trips. Other guests requested details about particular passages from his novels or aimed questions at getting to know the man himself.

“I just don’t know,” Bryson answered the audience member who asked which of his books has proven to be the most personally rewarding for him. “I feel so lucky to get to do what I do… It’s the most fun I could ever have and I’m getting paid for it.”

Bryson was also prompted to explain two of his upcoming projects. The first will be a “fun” memoir of his travels in and infatuation with Britain and the second will be a short history of the “wondrous machine” that is the human body, both written in his characteristic witty prose

Bryson’s appearance was a continuance of the “Long Center Presents” series. With this program, the Long Center endeavors to celebrate influential and engaging speakers by inviting them to interact with Austin audiences at Dell Hall. The Long Center wasn’t able to name any of the other movers and shakers scheduled to appear this year, but Wendi Reichstein, the Long Center’s Marketing Coordinator, did inform Austin.com that “several in-demand, popular, and very exciting speakers” have agreed to take the stage in 2015 and 2016. The full 2015-2016 Long Center Presents schedule hasn’t been announced yet, but Reichstein expects those details to be released in April.

Despite having traveled all across the U.S. and the world, this was Bryson’s very first time in Austin. He spoke favorably of the city and, when asked about his history as the Thunderbolt Kid, a superhero alias created by Bryson to imbue himself with the power to imaginatively “zap” himself rid of annoyances, Bryson replied cheekily, “I have been eliminating people for decades… but I haven’t zapped anyone in Austin yet.”

Here’s betting his answer would have been different if he had hit Austin rush hour traffic before the show.