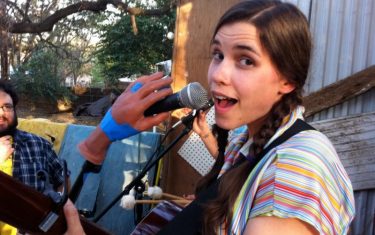 Recovering from grief is never easy, but Austin musician Dana Falconberry has managed to put this process into words in a beautiful new song titled “Alberio.” The song was written during a time when she was working as a resident artist and musician in Sequoia and Kings National Parks in California. Sounding a bit like Bon Iver, the shimmering guitar and pitched vocals of “Alberio” add plenty of emotion, allowing us to feel like Falconberry has perfectly put into words how we may be feeling during times of despair, while being at a loss for how to clearly articulate it. That’s one of the many great things about music, and with Falconberry nailing this so perfectly, you should not pass on listening to this track.

Take a listen to “Alberio” below.