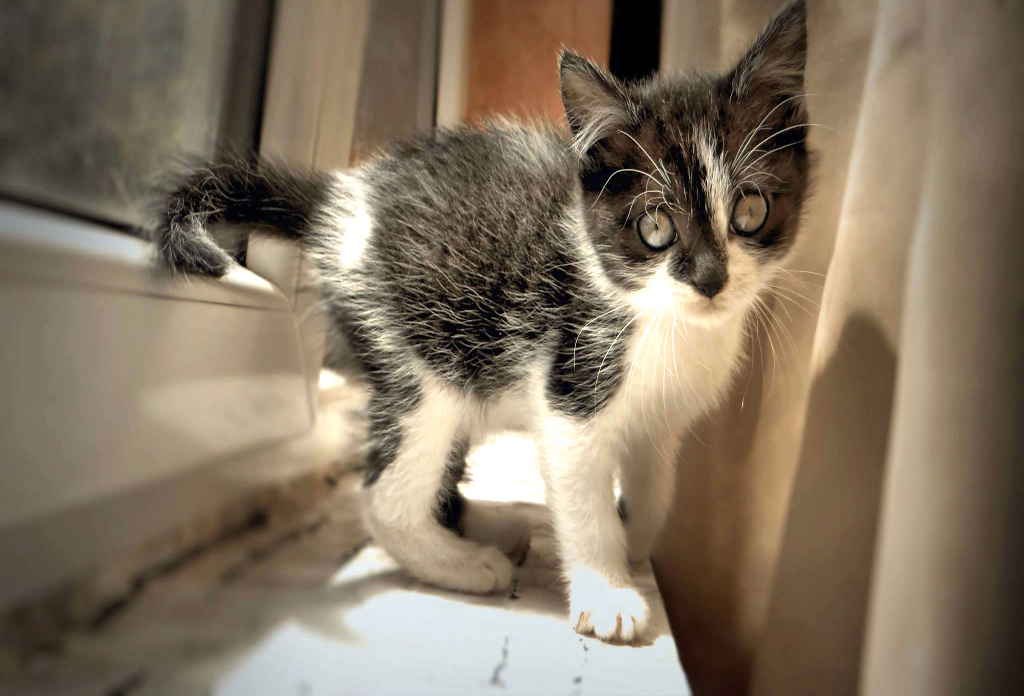 Austin Pets Alive! is more than just your average animal shelter – it’s an Austin institution. Founded in 2008, the non-profit organization set out with a goal to make Austin a “no-kill” city. In addition to taking in animals on their own, APA would frequently take in animals from other shelters that were on their euthanasia lists. In addition, they frequently hold conferences around the country on their no-kill philosophy and offer pet education programs to reduce the number of unwanted pets in the city.

In 2010, the Austin City Council passed the APA sponsored “No-Kill Plan”, which effectively made Austin a “No-Kill” city all around.

APA is always looking for folks to help by donating, volunteering, or providing a foster home for an animal. However, the most effective way you can help is by adopting a dog or cat directly. To that end, we’re happy to showcase some of the adorable little scamps just waiting to come home with you and be your bestest friend in the whole wide world.

Bugsy lives up to the saying “let sleeping dogs sleep.” If he could hang a “Do Not Disturb” sign on his crate at night, he would, as he needs a full night’s beauty rest.Bugsy is a friendly, social dog that loves going on walks, car rides, and even kayaking.

He enjoys meeting new people and showing them all the “tricks” he can do. He loves to perform like a little “circus” dog and knows many tricks… “sit,” “kennel,” “down,” “rollover,” “give kisses” and will twirl in circles when you ask him to

He’s friendly with cats (and other dogs once he gets used to them) and kids and he’s low energy – meaning he won’t go nuts and tear up your couch.

Morgan is a Terrier and American Bulldog mix, nearly 5 years old, fixed and house-trained. Here’s more from the APA:

It’s impossible to have a bad time with Morgan. With her wiggly body and big goofy face, this girl is a born entertainer. Because, most of all, Morgan is fun. Confident, outgoing, intelligent, hilarious, and fun.Morgan loves to play. Once out of her kennel, she wiggles all over. Those wiggles and that great big smile show you how happy she is to be with you. Morgan is very playful; she loves to chase toys and balls, and, more than anything, loves to play in water.Morgan will splash around in the pool, then lie back with her paws up on the side, just like a human sunbather lounging after a swim. She is a born athlete, with plenty of energy to spare, so swims, long walks and runs should be a daily part of her life. A home with active adult companions and no other pets is needed.

Take a look at the list of other available dogs or find out when you can visit them in person.

Everybody loves a kitten. Sadly, too often those kittens are left without a home when they get older and are no longer “adorable”. That’s also not considering the number of kittens born outside to feral cats. Which is why it’s imperative to a.) make sure you’re in it for the long haul when taking in a kitten and b.) getting them spayed or neutered right away. Bob Barker wasn’t just talking out of his butt, you know.

Older cats have lots to offer, as well. They’re less rambunctious than kittens, so they’re less likely to try and destroy all your possessions. They tend to have more of a personality and are more self-reliant, as well. To that end, here are a couple of felines that could use a good home:

Peanut is a 7 year old domestic shorthair who… WHOA! Get a load of that eye! How cool is that? You could adopt this cat and say that she used to be a wizard or something. Here’s APA’s description of her:

This lovely plus-sized gal was an APA! rescue back in late 2009. She was adopted and lived joyfully for nearly 4 years until her elderly human was no longer able to care for her. So it’s our mission to make sure she finds her next perfect (forever) home. Her name was Peanut when APA! first met her, but she has gone by the name Marilyn because of her lovely beauty mark. Marilyn is a much more fitting name for this ladycat.

Marilyn is a bit on the heavy side but loves to swat at string and feather toys, so with proper playtime she will slim down a bit. She has one pupil that is blown, but her beautiful golden eyes seem to not give her any problems at all. Marilyn enjoys being pet and giving head buts, and rolls on the floor when she’s feeling affectionate. She will let you know, though, when she’s had enough attention and might even give you a bit of a love-nip! Because of this, she would most likely do best in a home with no small children.

Marilyn has lived peacefully with other cats, but she tends to eat more when she feels she has to compete at the food dish. She most prefers to bond with her human. Sleeping with you on the bed is her favorite activity.

Whatever, APA. Peanut is an awesome name.

If you’re looking for a new friend a little bit on the younger side, this 2 year old dude might be right up your alley. What do you have to say about this too-cool-for-school feline, APA?

Affectionate – Outgoing – ConfidentMr. Gray is a big, purry, cross eyed love boat. He is extremely social – no fear around new people. He has a deep, loud purr that he is not afraid to show off as he kneads air biscuits while you pet him.This dude has a big face, a gorgeous grey and cream tabby coat, and a surprisingly arrogant gaze to go with his crossed eyes.Mr. Gray is a hunky mancat full of love. He would do best in a home where he is paid lots of attention. Come meet him today, and let him charm his way into your heart and home!

We’ll be back next week with more pets that are just waiting to come home with someone like you. In the meantime, if you’ve recently adopted a pet – either from APA or another shelter or even just off the street – or if you just have a pet that’s awesome, let us know! Share your pics with us via twitter (@Austin) or our Facebook page. We’ll show off your furry pal in a future article.