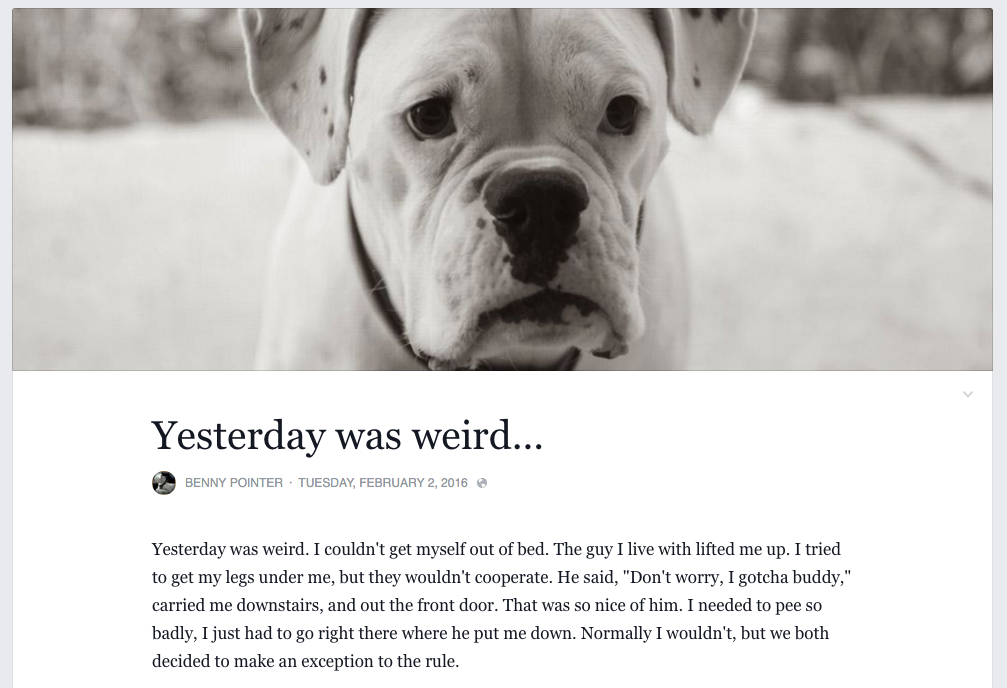 If you’re looking for a moving story this Monday, Fox 7’s got one for you. Austin musician/actor John Pointer recently had a social media post go viral, and it all came from his love for his four-legged friend, Benny. The post is written from Benny’s point of view as the dog reflects on falling ill and his love for his human.

It’s an incredibly beautiful tribute that will, quite frankly, have you sitting in a puddle of your own tears. So maybe save reading it until after you’ve left the office for the day.

The Facebook note was originally posted on February 2, and has since been shared nearly 50,000 times, with 25,000 reactions. Fox 7 notes that Pointer is already working on a long form novel and illustrated book and has already been in touch with publishers. Here’s hoping that not only helps him in his grieving process, but also others who have been through similar situations.