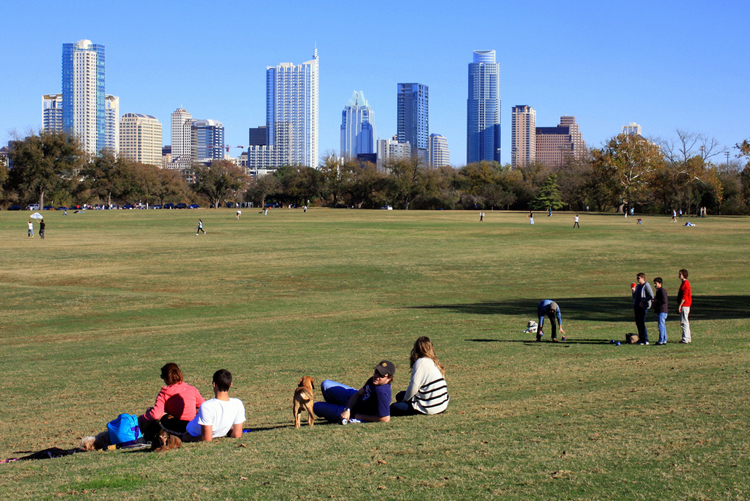 The City of Austin website calls Zilker Park “Austin’s most loved park,” and now we have the chance to make it the nation’s most loved park, as it’s recently been nominated for Best City Park in the Country by the USA Today 10 Best travel and lifestyle site, according to KXAN. Austinites have already voted it the 8th Wonder of Austin, so this seems like the natural progression.

What’s not to love about a 351-acre park that hosts events like Shakespeare in the Park, Blues on the Green, Austin Kite Festival (this weekend!), Austin City Limits Festival, Trail of Lights, Austin Sunshine Camp and is home to the Zilker Zephyr, Barton Springs Pool, Zilker Botanical Gardens, Austin Nature and Science Center, Zilker Hillside Theatre, and Umlauf Sculpture Garden?

You can vote for Zilker Park out of the 20 finalists once per day until noon, EST on March 28. The winner will be announced Friday, April 1 at 12pm.

As of publication, Zilker Park was in 5th place on the voting leaderboard. At the very least, we have to beat Dallas and Houston (which has two parks nominated).