Did you know that Austin is having an identity crisis?

Austin is trying to decide what kind of city it wants to be. Is it the tech boom-town, the start-up capitol, land of the housing crisis, and still the ‘Live Music Capitol of the World’?

Consider the realistic proposition that it could be ALL of the above.

Who we are and where we’re headed is a conversation all Austinites should be excited to take part in. From students to social workers, teachers to techies, if we expect to keep our funky city great, several issues must be addressed, and your voice is needed!

Mayor Steve Adler’s Music and Creative Ecosystem Omnibus Resolution was introduced to implement an integrated plan for the future of music, creativity, and industry in Austin. Though the Resolution was to be put before a final City Council vote this Tuesday, June 28th, the City called recess for the summer. This means that – for now – the far-reaching, if remarkably vague,  72-point plan within the Resolution will be relegated back to the drawing board.

The Resolution sets forth several problems facing our growing city, some of which include “issues related to affordability, lack of space, permitting, and other related needs that are impediments to [creatives’ – musicians and artists] ability to prosper.”

And prosper we do. According to data included in the Resolution, “the Economic Impact of Music 2016 Study shows the collective impact of music and music-related tourism accounted for just over $1.8 billion in annual economic activity, supporting over 21,000 jobs and producing almost $40 million in City tax revenue.” Creativity is a cornerstone of Austin’s identity and economic prosperity, and arts, culture, and creativity are essential keys to the City’s unique and distinctive identity, and further are valued as vital contributors to our community’s character, quality of life and economy, and collectively, the Austin music and creative ecosystem generates rich, social, cultural and economic benefit.

Agree? Disagree? Own a venue or play in a band? Spend your spare time enjoying the arts?

All ideas and opinions are helpful when considering the impact Austin’s music and arts scene has on a large percentage of the population, whether through employment or patronage.

Have your say this Tuesday at 2 pm, as The FeedBak Podcast broadcasts live from City Hall. Podcaster, entrepreneur, and longtime local, Bak Zoumanigui, will be taking questions from listeners to put directly to those involved in policy-making for the Austin scene.

These folks have another solid month to consider possibilities for the Omnibus Resolution while the local government is in recess, and they could use your input!

Log on to The FeedBak to take part in one of the most important conversations taking place about the city you love, and weigh in on the plans to Keep Austin Austin!

Wish you could visit the Gilmore Girls town of Stars Hollow? New Braunfels Is The Next Best Thing

How To Throw the Best Longhorns Tailgate Party Ever

Our Favorite Restaurants with Playgrounds in Austin

- September 22, 2021
Wish you could visit the Gilmore Girls town of Stars Hollow? New Braunfels Is The Next Best Thing 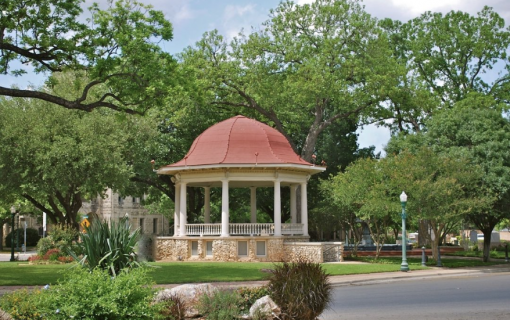 The New Braunfels town square feels a heck of a lot like Stars Hollow! Here's where to go to feel just like the Gilmore Girls.
- September 21, 2021
Pickleball Rules Explained: Everything You Need to Know Before You Hit The Court 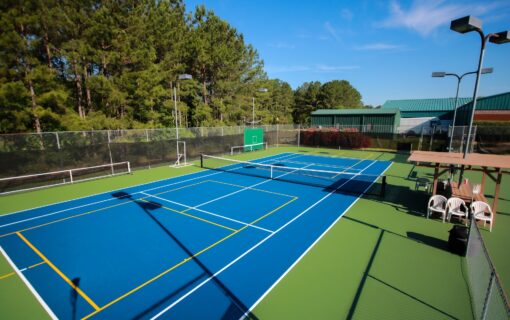 If you want to learn how to play pickleball and become a little more familiar with the rules, you have come to the right place.
- September 16, 2021
How To Throw the Best Longhorns Tailgate Party Ever

Want to know how real fans of the UT Longhorns tailgate? Here's all you need to have the most fun possible on game day. Hook 'em!