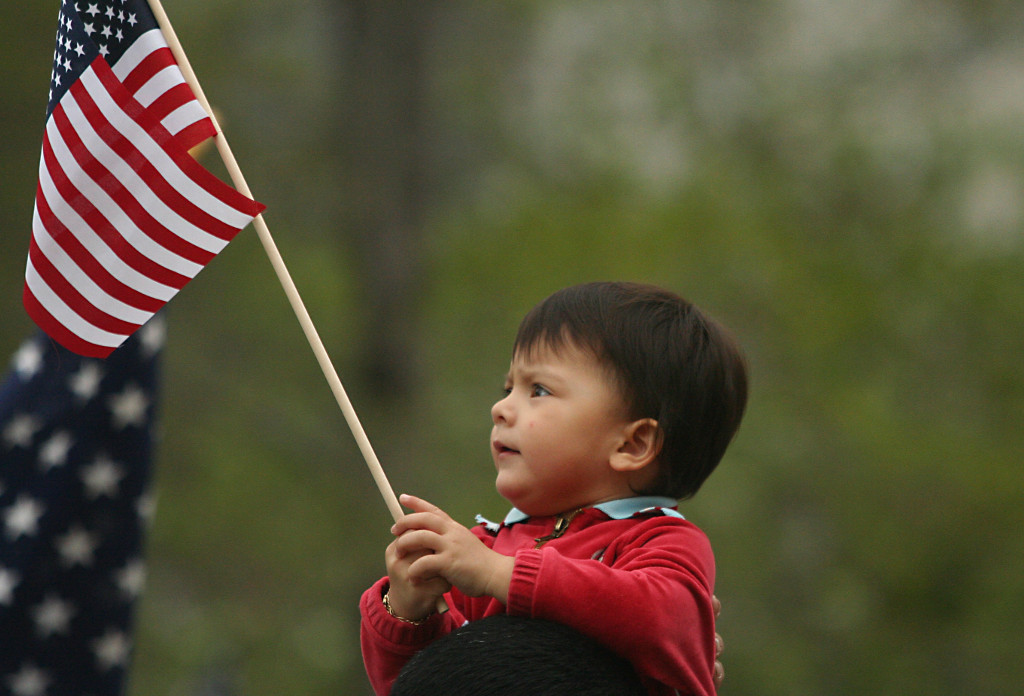 This Austin Pastor Is Convincing Republicans To Embrace Immigration Reform

Editor’s note: This is our first article from Scott Braddock, one half of the journalistic talent behind the subscription-only Texas political journal Quorum Report. Earlier this summer, Scott broke a major story about Texas Lt. Governor candidate Dan Patrick, and has extensively covered the plight of immigrants in the state. With Austin’s city ID debate looming on the horizon, we are especially glad to be working with him. We look forward to seeing Scott’s byline around these parts more often.
——

Tim Moore is a Christian on a mission, but not the typical kind.

The senior pastor of the Walk Worthy Baptist Church in Austin has been traveling the state and nation in an effort to convince his fellow conservative Republicans to “listen to reason” and consider what the Bible has to say about immigrants finding their way to the shores of the United States. Though he leads a small church in our city, he has the ear of some of the most influential Evangelical pastors around the country, as part of the Evangelical Immigration Table supported by the Southern Baptist Convention Ethics and Religious Liberty Commission.

The names of those entities should tell you that Moore and the folks he runs with are nobody’s liberals.

After covering immigration as a journalist for the past decade, I can tell you the truth is this doesn’t break down along the traditional ideological or partisan lines. No, this is a battle between the pragmatic and those who harbor hate in their hearts for “the other.” As evidence: Pastor Moore faced blistering criticism from some on the right after writing in the Austin American Statesman this past week that “Christians have a moral obligation” to the immigrant children who have flooded the border recently.

“Our country is facing a crisis,” Moore wrote. “We need courageous leadership. I’ve witnessed such leadership personally from faith leaders in recent days, but I’ve observed the opposite from elected officials. It’s time for them to come together to fix the dysfunction of our immigration system once and for all — and if they can’t do that, I propose that we keep the kids and, come November, we deport Congress.”

On Wednesday night, Moore set the tone for a congressional town hall in Bastrop, Texas that focused largely on immigration. Though there have been extremely nasty town halls here over the last year on the topic, the event in Bastrop stayed at a simmer and never really boiled over. In my estimation, that was largely because those in the room who consider themselves Christians might have been ashamed of their behavior had they been excessively hateful following the pastor’s opening comments. Sure, there were angry conservatives who questioned why we don’t have “better fencing” along the border. Others even suggested the immigrant kids are bringing exotic diseases into Texas, which is not true. There was also an elderly gentleman who suggested that an impeachment of President Obama would be improper but instead we should “let that guy go until he gets the noose around his neck so tight.” The man added that, as he sees it, the reason Americans allow the government to do things with which he does not agree is because “half the population has an IQ below 100.”

Despite those incendiary comments, the town hall didn’t get out of hand the way a similar event turned very ugly in East Texas recently. It started when a state representative by the name of David Simpson, a Republican from Longview, said that there is a place for compassion for migrant children.

“You are to represent us, and we have children,” Terri Hall, a resident of Longview, reportedly told Simpson. ” These (immigrants) are people that are coming in with leprosy, tuberculosis, polio.”

Actual conservatives, like influential blogger Sonja Harris, reacted differently. She wrote: “I found him to be forthright, knowledgeable and willing to carefully explain in detail the circumstances we are currently facing with the border crisis. It is a shame that some of the people felt it necessary to be verbally abusive regardless of their limited information.”

Simpson, to his great credit, has not backed down. “We have an economy in Texas that’s tied to a lot of these people in the shadows,” Moore told the Bastrop crowd.

He went on to urge Rep. Blake Farenthold, a Republican from Corpus Christi, and other GOP lawmakers to possibly revisit immigration reform after the November elections, when there is a “lame duck” Congress filled with members who would not have to deal with the political fallout from their vote.

“Our churches are exploding with immigrant population both documented and undocumented,” Moore said, making the moral argument for respecting immigrants who come to Texas fleeing violence and connecting their plight to the economic realities of congressional inaction. In Midland, Texas – which has some of the highest wages in the nation, and some of the most questionable drinking water, thanks to the oil and gas boom – Moore noted that there are restaurant dining areas sitting half-empty while customers wait in line for a table. Why? There aren’t enough authorized workers, he said. Plain and simple.

Indeed, the Texas Restaurant Association has said that there are many restaurateurs throughout the state who would love to expand their operations, thereby creating more jobs and putting more real dollars into the economy, but without enough workers their hands are tied and their feet are coming off the economic accelerator. The successful grocery store chain HEB would also like to expand in West Texas but, again in Midland, they cannot find enough staff for the store the company already operates, let alone find workers for an additional store. “It’s not about cheap labor,” Moore said. “It’s about, let’s do what’s right.”

The Catholic Church, of course, has long pressed immigration reform. Evangelicals, Moore admits, have only recently become involved. Even now, Evangelical pastors are trying to figure out the right way to address the politically explosive issue with their congregations.

Dr. Ronnie Floyd, President of the Southern Baptist Convention, has begun to preach about “what the Bible says” about immigration. “We cannot be silent about it,” Floyd said recently, insisting that the Bible is clear about “the immigrant.” Floyd and other Evangelical leaders like Moore agree: the immigrant is to be embraced. “The immigrant is made in the image of God,” he said, pointing out that Jesus was a “so-called illegal immigrant” who was fleeing violence in his home country, too.

Floyd, Moore, and other Baptist preachers have been screening a film about immigration called “The Stranger” for crowds large and small across Texas. In the trailer of the film (watch below), an immigrant mother talks about the constant fear she has of deportation, business leaders talk about how jobs for Americans are supported by the work of immigrant laborers, and faith leaders talk about “welcoming the stranger.”

Moore told me that after Christians see the film, they often wonder why Washington cannot get its act together. “We can’t wait much longer for reform,” Moore said. “The system is truly broken for everybody.” He added that people who see the movie are genuinely surprised “that even at a cost of $250,000, a family couldn’t solve their immigration problem, even when they’re an Anglo Evangelical couple, whose primary language is English, with connections at the highest level of the U,S, government.”

It is an ironic truth, that those in America today who most frequently complain about government red tape somehow think there’s just the right amount of bureaucracy when it comes to immigration. “The Stranger” describes the economics of this situation as well, and the filmmakers make the case that our crops will be harvested by foreign hands no matter what.

“Why do we want to send those jobs south and offshore?” Moore asked.

Scott Braddock is a journalist and political analyst based in Austin. Follow him on Twitter @scottbraddock and check out scottbraddock.com for more.