After a two year hiatus from making movies, Austin-based writer and director Brandon Dickerson returns with the hilarious and heartfelt film Amanda & Jack Go Glamping. Supported by an incredibly diverse and talented cast, along with the beautiful setting of Green Acres just east of the Austin city limits, Dickerson delivers a movie that will feel familiar to fans of romantic comedies, but is elevated by fantastic writing and acting.

Amanda & Jack Go Glamping tells the story of Jack Spencer (David Arquette), a has-been writer clinging to the hope of rekindling the fame and recognition of his past, and his wife Amanda Spencer (Amy Acker), who want to keep their marriage alive. Jack and Amanda decide that in order to work through their problems, they have to get away from their lives in California in order to reconnect with nature and each other in a retreat near Austin. Unfortunately, the owner of the retreat has double-booked the location, and now Jack and Amanda have to work through their own problems among an uninvited group of young strangers. 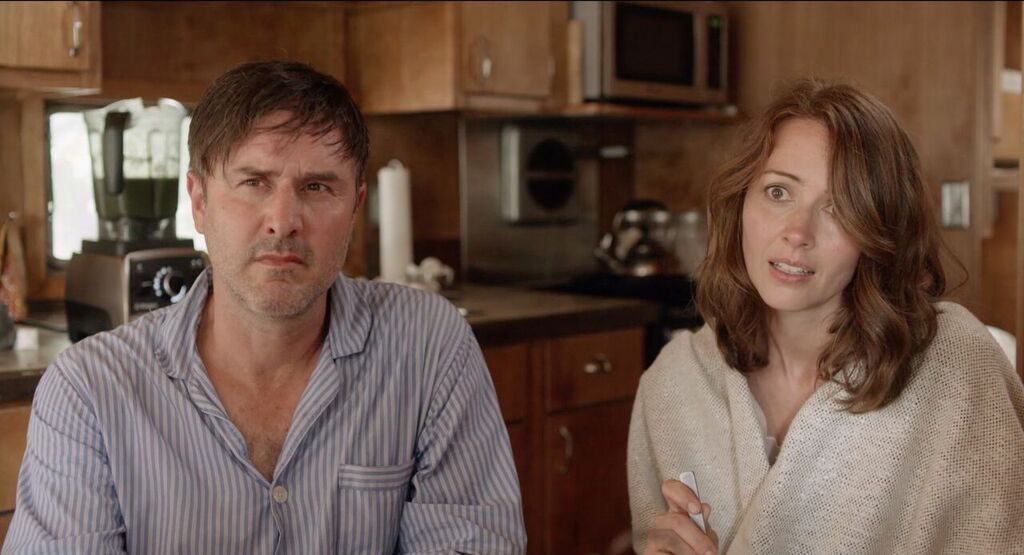 While Amanda & Jack Go Glamping does not revolutionize the rom-com genre, it certainly is a delight to watch and is full of laughs. The movie makes it a point to juxtapose different generations and pokes fun at the apparent superficiality of millennials, but Amanda & Jack Go Glamping‘s best moments come from the interactions and growth of its main characters. Jack and Amanda may have only wanted a nice getaway to rekindle their love for each other, but by the end of Amanda & Jack Go Glamping, both of the characters go through a transformative change that is endearing, funny, and entirely believable.

Fans of romantic comedies and Austinites should absolutely watch Amanda & Jack Go Glamping. Not only is the movie sincere and an absolute beauty to watch due to being set in a gorgeous location near Austin, along with great cinematography to capture it, but all of the characters in the movie are given an opportunity to shine due to great writing and directing by Brandon Dickerson. Amanda & Jack Go Glamping is a great example of an independent movie that succeeds because it wears its heart on its sleeve, and lucky for us, it also celebrates the natural beauty of the city of Austin and the state of Texas.