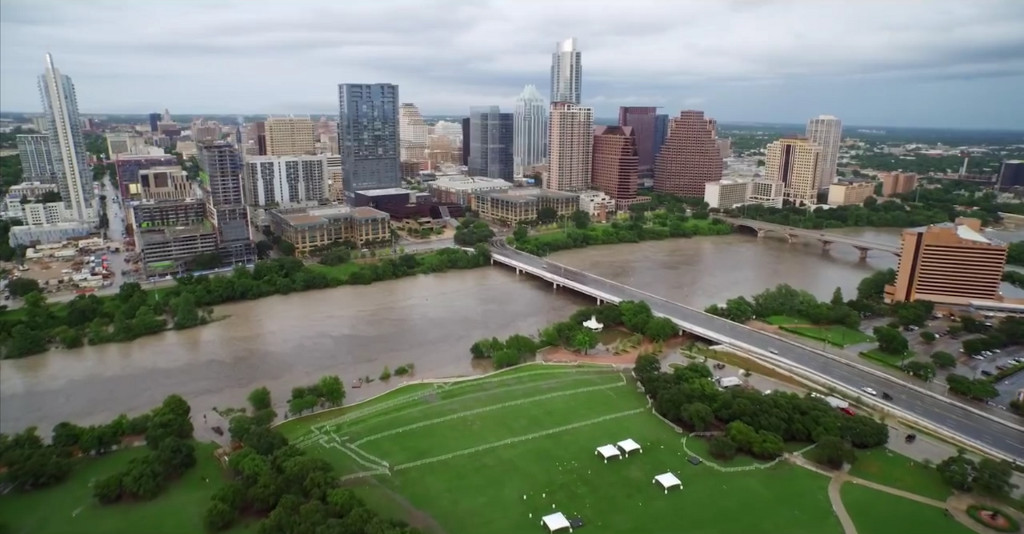 In a much-anticipated vote on Thursday, taken mere days after historic flooding inundated the city, members of the Austin City Council overwhelmingly approved a plan that will make the Texas capital one of the cleanest, greenest cities in the world, setting a goal of net-zero emissions by 2050.

According to a group called C40 Cities Climate Leadership Group (which actually has 75 member cities, including Austin), we Austinites collectively emit just shy of 15 million metric tons of CO2 per year. Reducing that number is the city’s primary target in the coming years, thanks to the council’s decision to act.

Cutting back on CO2 is important because folks like NASA say that’s one of the keys to helping trap the sun’s heat inside the Earth’s atmosphere, and there’s too much of it up there today. Scientists, like Texas State Climatologist John Nielsen-Gammon (appointed in 2000 by Governor George W. Bush), have come to a nearly unanimous consensus that all that extra heat in the air and the oceans strengthens the hydrologic cycle, which equals meaner weather in addition to other negative side effects. And as we’ve seen here in Texas recently, a stronger hydrologic cycle means lots of bad news for people and cities that are not prepared for these changes that are already costing lives and tax dollars.

“We have observed an increase of heavy rain events, at least in the South-Central United States, including Texas,” Nielsen-Gammon recently told The Texas Tribune. “And it’s consistent with what we would expect from climate change.”

The document Austin Council members approved by a vote of 8-2 is called the 2015 Austin Community Climate Plan (PDF link). The hope is that if enough cities do something similar, human civilization as a whole can reduce the likelihood of even more extreme weather in the future — weather that includes droughts and fires, two things Texans have more experience with than rain.

“This plan gathers all the city departments together,” Councilwoman Leslie Pool said, according to The Austin Monitor. “It reduces the silos and clarifies a course of action for the city. It’s been a very long time in its creation, has wide community acceptance and wide community input. It prepares us for a greener future.”

What This All Means

The Austin Community Climate Plan calls for eliminating fossil fuel use, or at least offsetting any emissions that remain in 2050. All of this necessitates a transformation in our energy and transportation infrastructure, which the city can encourage through various means. One of the first things they plan to do is form a committee with representatives from all the applicable city departments to encourage communication and cooperation in working toward the goal of net-zero emissions by 2050.

It also means that everyone in the city — homes and businesses alike — will participate in recycling programs. We’ll also have more electric cars powered by the sun soon, and more public transportation. Because we’re going to explore some new financing options for green tech, this also means we’ll probably see a whole lot of new jobs in green energy businesses — one of the fastest-growing sectors in the world, employing over 6.5 million people right now.

“We know that meeting this target is not just about addressing the threats that climate change poses, but also about spurring creativity, rewarding ingenuity, and generating opportunities so that everyone in Austin can participate, benefit, and prosper,” the sustainability plan’s steering committee wrote. “We also know that meeting this challenge will require change–change in how we generate and use energy, how we get around town, how businesses measure prosperity, and how we deal with waste. We are optimistic that we can meet the net-zero target in ways that will lower energy bills, make transportation more flexible, clean the air we breathe, conserve water, and create local jobs.”

Elaborating on that point during a meeting on February 18 at Austin City Hall, a representative of Austin’s Office of Sustainability insisted that the plan will not make it harder to travel or drive up electricity costs. “It’s about making it more affordable and giving people more options,” he said.

The council’s vote comes at a key time, too. With global leaders meeting later this year in Paris to hash out a framework for international cooperation on the climate crisis, Austin is playing a key leadership role by taking affirmative action. If more cities follow suit before the global summit this December, American negotiators will have all that much more credibility — something they desperately need to inspire faster action from developing nations like China and India.

If you’re interested in the technical details, there’s quite a few other things the climate action plan addresses. Check out this summary below, first published by the Austin Eco Network: