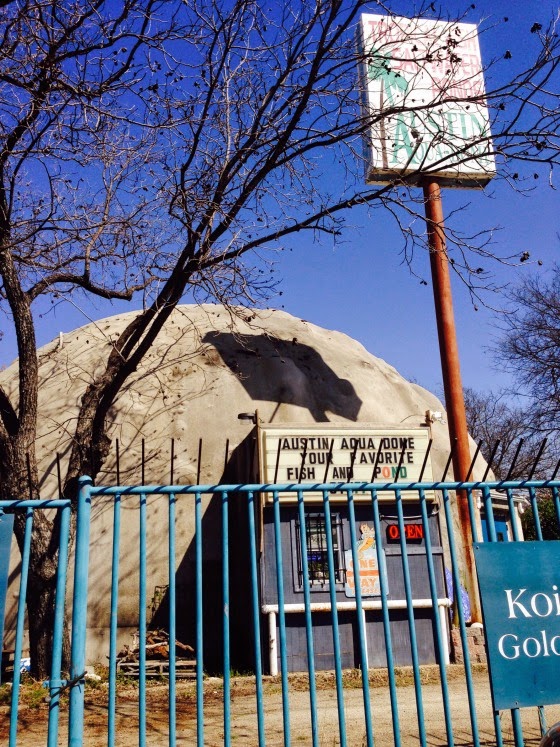 A Visit to the Austin Aqua-Dome

When I was in third grade, at my elementary school fair, I won a goldfish by tossing toilet paper rolls into an empty toilet bowl. I really liked that goldfish. I took it home in a baggie and transferred it to a little round fishbowl, where it died just days later. That experience must have scarred me because I haven’t had another fish since, or any desire to get one. But a recent visit to the Austin Aqua-Dome with my kids actually made me want to try again.

Tucked away among a sign company, a hot rod garage and a scattering of other ragtag businesses on Fortview Road, the Aqua-Dome fits right in with its quirky neighbors. Just north of Ben White Blvd., east of the Manchaca intersection, the building is large and funny-looking and in full view of the highway, and yet somehow it manages to be discreet. From the outside, it looks like a geodesic dome that’s been hand-daubed with mud. Its entrance is a hodge-podge of aquariums, cactuses, and odds and ends. And as soon as you step inside and the door swings shut behind you, the place is as dim and close as a cave.

My two toddlers and I visited on a Wednesday after lunch and found it somewhat crowded. It was a cold day outside, but it was warm and humid indoors — a nice break from the chill. 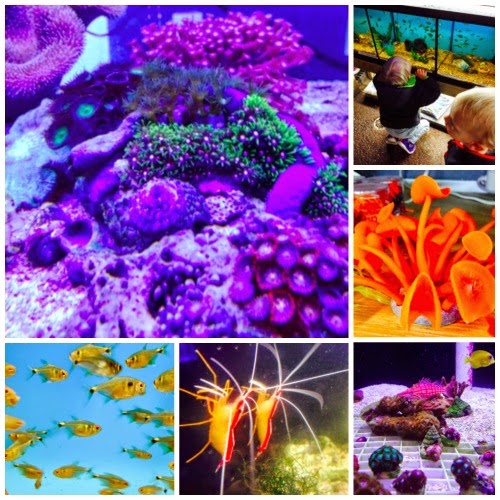 So many rainbow-hued wonders!

The first thing you see when you enter is rows and rows (and rows) of aquariums, full of all manner of creatures. The more we explored the place, the more I felt as if I could get lost in the warren of aisles between stacks upon stacks of aquariums. 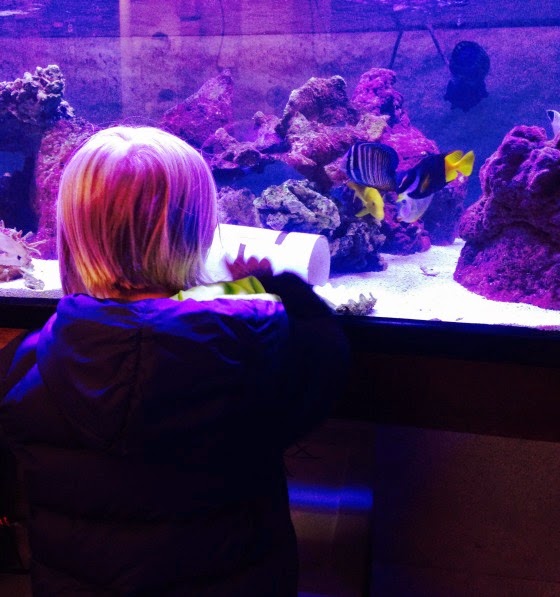 The Aqua-Dome sells all kinds of fish — rainbow-hued, striped and spotted; fish with exotic, nonsensical names like Bushynose Pleco and Harlequin Rasboras and Albino Cory Cats; fish ordered straight from Bali, Sri Lanka and the Philippines. They also sell corals from places like Jakarta and Kupong. You can find shrimp as small as your pinkie nail and as bright-blue as cobalt glass, and plants and statues to turn an aquarium into a watery diorama with any theme imaginable.

The shop’s extensive inventory is matched by the extensive experience of the owner, Gary, and the knowledgeable staff. Gary earned a Zoology degree at UT Austin and has served as president of the Austin Aquarium Club, along with many other related credits to his name. Thus, there’s just so much for fish lovers, aquarium owners and marine enthusiasts at the Aqua-Dome. The Aqua-Dome carries supplies for both fresh and saltwater aquariums. You can join “The Club” for $20/year (or $30 for two years) to receive all kinds of discounts and extended health guaranties on your fish purchases. Gary also offers free water testing and a variety of ProTests for $10. He can also recommend various local aquarium maintenance companies if needed. 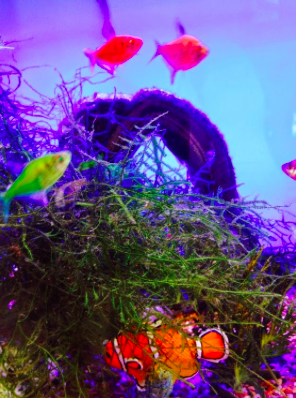 But there’s a whole lot here even for people like me, who don’t keep fish, and know nothing about them. As soon as we walked in, the kids were spellbound, running from one aquarium to the next to check out all the rainbow-hued fish and other creatures. (Actually, the first thing that arrested them upon entry was a display case full of SpongeBob SquarePants figurines; I pulled my son away from that as quickly as possible!)

The staff was very friendly, and said they don’t mind at all when kids come in to look around and explore. The owner, Gary, said the place is especially fun during spring and summer, when you can check out the koi, goldfish and turtles out in the back yard behind the Dome, and even feed them (you can purchase turtle or fish food onsite for $1). 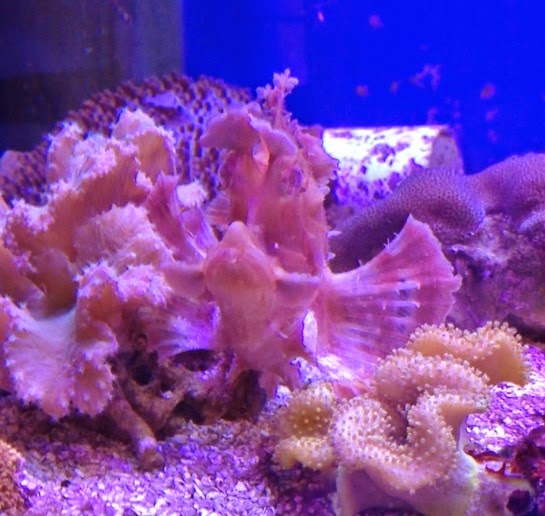 I asked Gary which he thought was the coolest fish or other creature in the place, and he immediately pointed me upstairs, to the Rhinopias. I’m glad he did — we’d passed its tank earlier, and I hadn’t even noticed it (or realized it was a fish; had I noticed it, I would’ve taken it for some kind of coral). One of the staff members grabbed a small bucket of bright-orange goldfish and treated us to a little feeding demonstration. At first, the Rhinopias was still, blending in to his surroundings. As soon as the little goldfish darted into the water, suddenly, the Rhinopias was alive and on the move! We got to watch him eat up three little feeder fish.

The Aqua-Dome seems like it would be a great place for homeschoolers, or for any kids who are doing a marine-related project or who are just into fish and other fresh- or saltwater creatures. Personally, I was tempted by the walls of decorative aquarium swag — my inner amateur crafter wanted to buy a bunch of pirate ships, fake fossils and other things to create a cool-looking little habitat for my kids’ Playmobil figures.One caveat: It was slightly tough taking kids as young as mine (Pearl is 3.5 years old, and Zeph is 1.5). I had to be on constant alert, always aware of what they were doing, to ensure they weren’t sticking their fingers or their toy trucks into the fishtanks, or tumbling down the metal staircase, or otherwise getting into mischief. Bringing older children to the Aqua-Dome might be a more peaceful experience. On the other hand, even kids as young as mine loved it and got a lot out of it as they marveled at all the many fascinating sights. 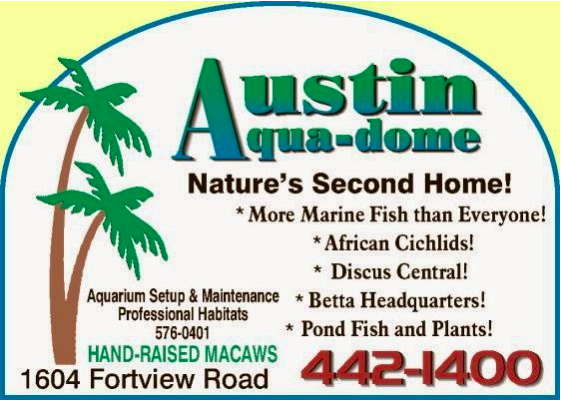