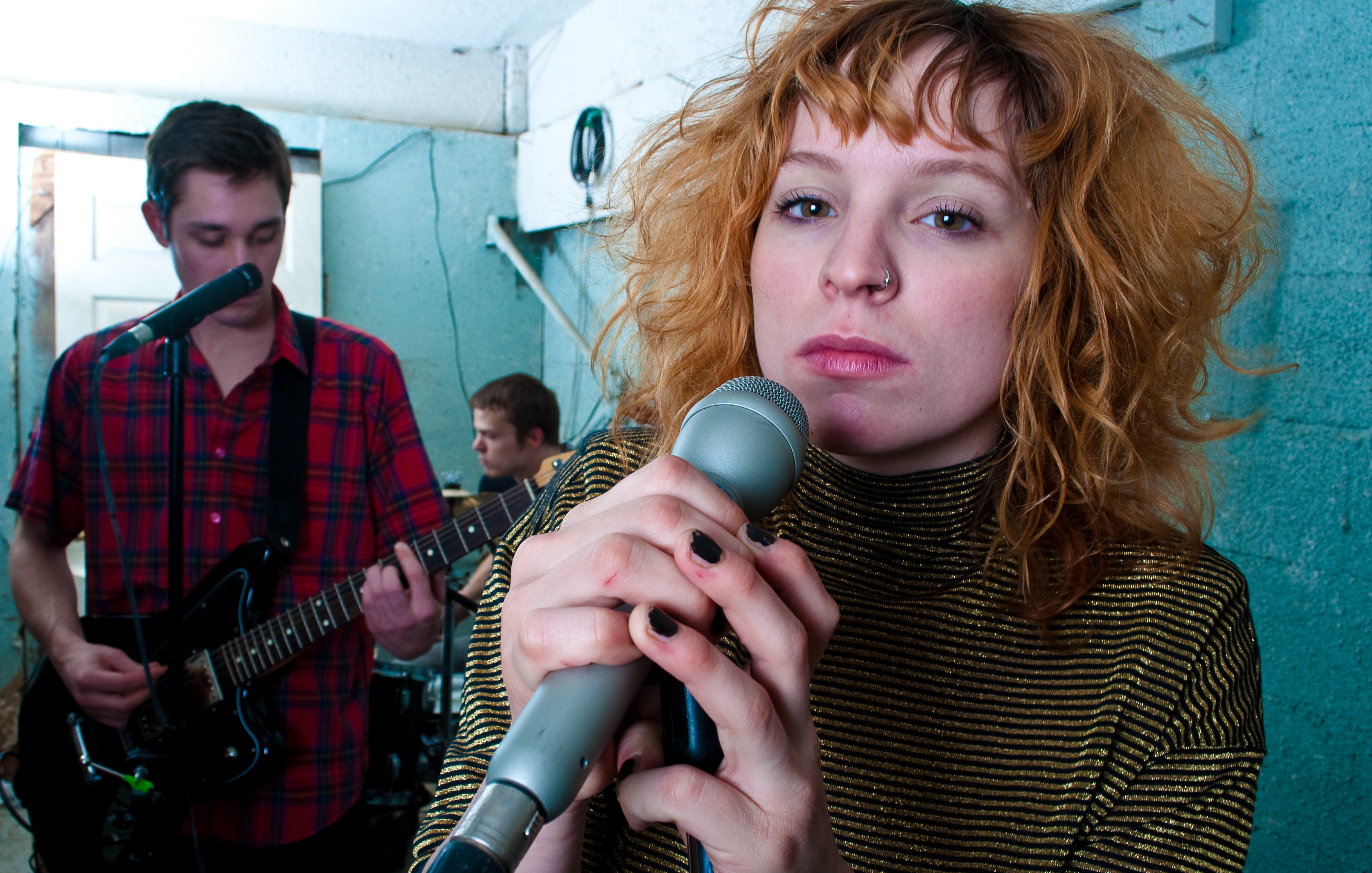 A Giant Dog Heads Out On Tour After Successful SXSW

Every year at SXSW there is always a band who is well on its way to achieving big things, and 2016 was no different. Local entertainment magazine Austin Monthly listed local punk act A Giant Dog as one of eight Austin bands to catch at the festival this year, and with plenty of good reason — A Giant Dog is on the path to doing giant things.

After a successful release party in Austin last weekend, A Giant Dog kicks off their tour to promote their new album, Pile in Houston. The tour includes 21 stops in the Midwest and along the East coast.

The Austin band formed in high school about thirteen years ago in Houston and named themselves after a character in the movie A Never Ending Story. They have gone from being a small local act to signing a recording contract with North Carolina indie label Merge Records, which has released albums by Arcade Fire and Austin band Spoon. Describing their sound as punk influenced, each member threw out a number of bands that they would love to tour with including The Cramps, Iggy Pop, and Devo. It’s no wonder that a band with such energetic stage presence that includes a captivating front woman has been signed by a label. This career milestone is certainly well deserved as the band has spent almost a decade performing locally.

While they seemed a bit cautious to say that life has changed since their label signing, the band warmly answered questions about their career, their week at SXSW, and what’s coming up within the next year.

Sabrina Ellis, the group’s front woman kicks off the conversation by recalling the early events that led to the band’s formation: “Andrew [Cashen, vocals and guitar] and Andy [Bauer, guitar] were in a band together called We Beasties and they would play these underage shows. Then Andy put together a band for us called Youth in Asia, it was a cover band for school functions. We would play rock and roll from the seventies, and then after that we went our separate ways and then we reunited in Austin about eight years ago. We were in our really early twenties so we partied a lot and wrote a lot of songs together, which was me and Andrew. The band just stayed really low key, we would only play a few shows a year and release a record every few years. Then Merge got a hold of us so now we’re going to get really busy.” 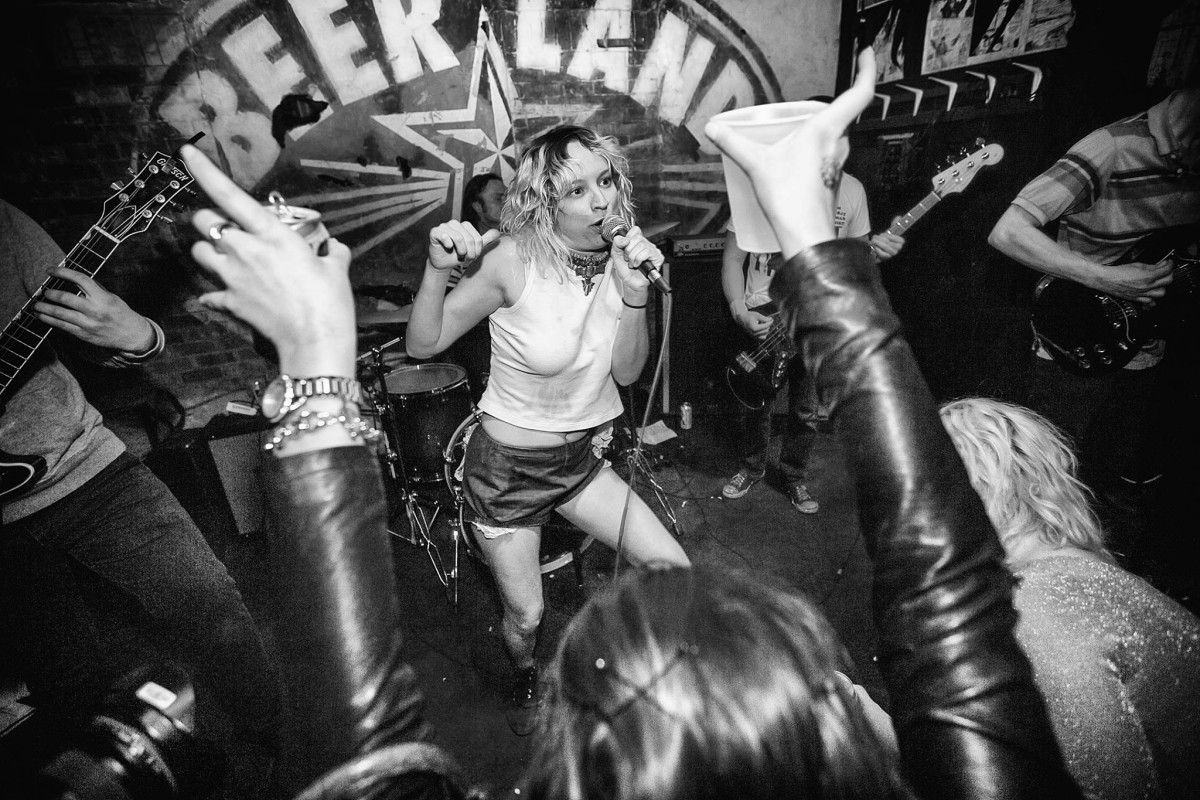 Whether the experience of being signed has changed anything for the group, Andrew told Austin.com that nothing has changed significantly at this point: “we haven’t seen any repercussions from it yet, we probably won’t see anything for a year, or maybe less than a year until the album [Pile] is released. There are slightly more people [at shows] but it’s not like a huge change or anything. It’s not like I walk into a gas station and somebody goes ‘dude!'” Sabrina chimed in, saying that “our shows in town have always had this kind of nucleus of local fans who have watched us for eight years and are aging with us.”

Despite moving up the industry ladder, each band member still works a day job which includes everything from working in restaurants to graphic design. When asked how they balance this part of their lives with the new demands of the band, Andrew remarked that they “get very little sleep.” Sabrina added that, “in March I only worked one week at my job, that’s how busy we are. My restaurant job is very tolerant of that behavior. I’m actually alternating with a guy who’s in a band called Holy Waves. Our schedules are alternating so we are filling each other’s shoes.” Although he did not attend the interview, Sabrina lets us know that Andy is a graphic designer who plans to freelance now that they have signed a record deal.

Now that March madness has settled down, the group is free to focus on upcoming plans. Besides the May/June whirlwind tour, Sabrina excitedly announced they will get a chance to open for The Toadies, a Texas based band in June when they perform in New Braunfels. After that they will head to Europe where they will be performing all over the continent.

As our interview ends, it feels like there is a bright future ahead for A Giant Dog as they travel the globe, exposing new audiences to their punk rock songs. They hope that they will achieve every musician’s dream of making it big while also inspiring audiences to go and start their own bands, and from where we sit both of those dreams are definitely achievable.

You can listen to the song “Get With You and Get High” from the band’s recently released album, Pile.

You can read more of Lauren Gribble’s reviews at her website Listen Here Reviews.