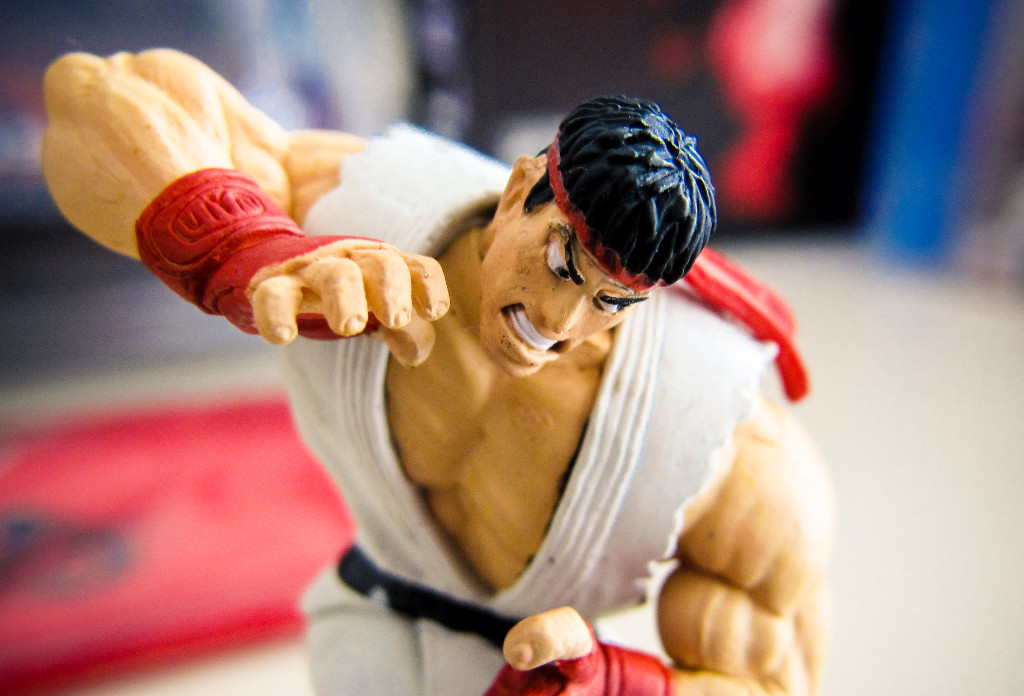 5 Austin Arcades To Lose All Your Quarters In

Though not as ubiquitous as they once were, the video arcade has yet to go the way of the dinosaur. Of course, establishments such as Dave & Busters and GameWorks – which cater to the sports bars crows as much as they cater to the pre-teen allowance crowd – have been keeping arcade game manufacturers in business for quite a while now.

But here in Austin, thanks to the city’s emphasis on helping local business, the classic Pinball and Pac-Man arcades still flourish. So, whether you’re looking to throw down with a stranger at a game of Street Fighter Whatever-Number-They’re-On-Now or just to blow all your spending cash winning tickets on a skee-ball game, here’s five arcades in Austin that are worth your time. Just some of the classic machines at Pinballz (1)

Tucked away in North Austin near the warehouses and railroad tracks, Pinballz Arcade has nevertheless become an local institution. While this venue’s stand out feature is their breathtaking collection of vintage pinball machine (thus the name), they also boast a wide variety of classic and current arcade games as well. Not to mention the classic games of skill and ticket redemption prize counter. That’s right, even you can win an inflatable alligator no bigger than your cat for only 800 tickets.

Pinballz is an all-ages venue, which means that while there’s plenty to choose from at the snack bar, you won’t be able to buy beer. Thankfully, it’s also BYOB – although they, understandably, have plenty of regulations to go along with that as well.

If you’re looking to have a gathering, Pinballzhas pretty much everything you need – provided the noise level isn’t a problem. They have packages for group events, parties and more.

Finally, if you’ve got the bread, nearly every game in Pinballz is for sale – in case you just HAVE to own that vintage Doctor Who pinball machine.

If you’re willing to drive a bit, Pinballz will be opening a second location in Buda, promising more games, a full bar, live music and more. You can get the details on that here.

Throwing down at Arcade UFO (2)

Video arcades have always been a competitive place – from hardcore fighting games to simply arguing who gets to play next. Over the years, however, as the more casual gamers stayed away from the noisy arcades to enjoy their home consoles, some arcades adapted by focusing on the gamers who would play the latest Tekken title as if it were their job. The legendary Chinatown Fair arcade in New York City is a good example of this.

Not far from the University of Texas campus is another such venue, Arcade UFO. Promoting itself as “the only Japanese-style Game Center in Texas”, Arcade UFO focuses on new, competitive games that require you to take on your opponent in person. Fighting games, racing games, Dance Dance Revolution style music games – if it’s a game where bragging rights are to be had, Arcade UFO will most likely have it.

There’s more to Arcade UFO than just showing up and playing. Systems and memberships are in place to allow regular customers to keep track of their scores, tournament standings and more. If you play a game at an arcade elsewhere, you can upload it via a USB stick to the machines at UFO.

If you’re looking to just kick back and play a relaxing game of Golden Tee or Fruit Ninja, you may consider going elsewhere. If competition is your thing, however, you can’t go wrong with Arcade UFO. If Pinballz is for the old school fan and Arcade UFO is for the hardcore gamer, Game Plan Entertainment is basically party headquarters.

Founded in Houston in 2010 by husband and wife team Michael and Sara Dodd, Game Plan has the unique business model of providing private arcade services in and out of their home location.

Game Plan isn’t your typical arcade where you just show up with a handful of quarters and spend the whole day there. Instead, they’re a cross between an arcade and a party planning service. Their home locations features rooms upon rooms of games – including console games – that can be rented out. They will also bring a number of arcade games right to your house, saving you the trip. And, yes, they’re fully insured.

While not an arcade you can just pop in and start playing, Game Plan’s game selection and reputation for amazing service puts them squarely on this list.

What kind of arcade is only open one night a month? The same kind that turns that one night into a one of a kind party that also raises money for some darn good causes. That kind.

Located in East Austin, Hargrave touts itself as a “D.I.Y Arcade, Music Venue and Bike-In Cinema.” In other words, this business is about as Austin as you can get. With 20 game stations set up (most of them multiplayer), there’s also a huge outdoor movie screen blasting entertainment for when you need a break from the games.

Admission is usually $10 and includes unlimited gameplay, complimentary food and drink (vegan friendly, too), live music and movies on the big screen based on the theme that month. On top of that, All proceeds go to the cause of the month – that’s right, every last dime. Operating costs are paid through donations and everyone working or performing are volunteers.

As of right now, there isn’t another event scheduled, but you can sign up on their email list to be informed the minute one is. Just by its name alone, you can guess what you’re in for when you walk in to Blazer Tag Adventure Center. It’s video games and lazer tag. Duh.

Blazer Tag has all the arcade goodness you would expect from a venue such as this. Plenty of new titles, a few classics and lots of racing games to satisfy your need for speed. In fact, if you were coming here for just for the games, you would not be disappointed.

However, it’s the lazer tag here that’s the really superstar. The arena is big – really big. The equipment is high quality, too, so you don’t feel like you’re playing with a 1980s home Lazer Tag game bought at a garage sale somewhere in Pflugerville or something.

Clearly these aren’t the only places for arcade fun in Austin. Care to share some of your favorites? Send us a message on Twitter, @Austin, with the tag #AustinArcades

This post is brought to you by 21st Century Texas, Austin’s leading painting contractors, siding repair, and roofing specialists. Austin owned and operated since 1996.