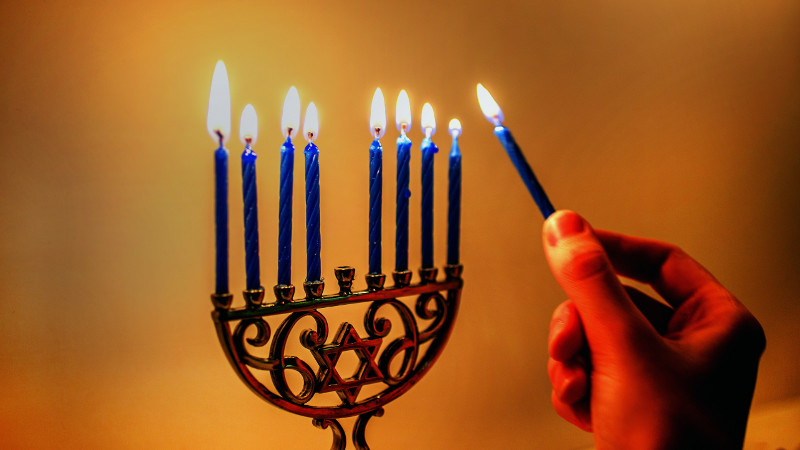 With all the Christmas commercials, Christmas shopping, Christmas parties and well, who could forget ABC Family’s “25 Days of Christmas,” it’s a little easy to forget about some of the other holidays that make up December (some might even consider the end of the Longhorns football season a holiday).

With apologies to Adam Sandler, we at Austin.com are a little late in celebrating the Jewish holiday of Hanukkah, which began at sundown on December 6, which makes Monday, December 14, the last day of Hanukkah. While the Jewish Community Center had their large Hanukkah celebration, complete with free Amy’s Ice Cream, there are still plenty of other ways to celebrate the final day of the Festival of Lights in Austin. Let us count the ways!

Hanukkah in the Hood- Central Market (Lamar)- While there isn’t an event page up yet (?) those who want to partake in some dreidel spinning and listen to some Jewish music while buying groceries should head up to Central Market. The event, which should be Sunday, December 13, will go from 12-3:30, and will give you the opportunity to try latkes, Hanukkah gelt (just some chocolate circles), and sufganiyot (jelly donuts)

For the Party Animals

For those ages 22-40 who are in the party spirit, the Jewish Young Adult Division Hanukkah party at Waller Ballroom is where it’s at Thursday, December 10. A $5 charitable donation includes Shock Top beer from Anheuser-Busch. Starting at 7pm, and lasting well into the night, there will be plenty of fun to be had as the Winter Break approaches.

Maybe you’re looking for something to spice up your Friday night? Looking for a little music perhaps? Look no further than the Mazel Tov Kocktail Hour at Radio Coffee and Bar off of Ben White and Manchaca, Friday from 9-11 pm. Enjoy even more dreidel (are you tired of spinning it right now?) and Klezmer music, which has its origins in Eastern European Jewish celebrations.

There’s Major League Baseball, Major League Soccer, Major League Eating, and Major League… Dreidel? Yes, if you aren’t Hanukkah’ed out by Saturday night, Full Circle Bar is hosting a sanctioned Major League Dreidel tournament. And hey, if you get tired of spinning to win, there will be plenty of latkes (potato pancakes), knishes (a filling covered with dough), and chocolate to keep you well-fed, so you can drink the delicious apple vodka the bar has on hand!

I just want a calm night…

Austin loves to party, and sometimes, you just want a calm night at an apartment with your friends. Well, if that’s the case, the Moishe House might be your best bet. The house, which counts houses all over the world where Jewish young adults put on programs all throughout the year, is having a Hanukkah potluck Shabbat dinner, with a clothing drive benefitting Lifeworks, a local Austin non-profit. So if you’re tired of 6th Street on a Friday night, Moishe is the place for you- but don’t forget to RSVP!

One more Hanukkah celebration for young adults and family alike is the giant menorah lighting at City Hall, featuring Mayor Steve Adler. Sponsored by the Chabad of Austin, if you’re walking around downtown, and are tired of watching football, come by City Hall for donuts, latkes, and even more chocolate (your body will hate you after this weekend!)

So there you have it- plenty of ways to celebrate the “Jewish Christmas”! Check your local grocery stores for delicious Hanukkah treats as well!
——