Talent, energy, and drive are three qualities many Austin residents possess. It’s noticeable in every field of work: music, technology, creative, philanthropy — you name it. Austin residents have the pizzazz it takes to see their vision through. Patsy Woods Martin is no different.

Since the early 2000s, Woods Martin has dedicated her time and effort to this city’s charitable missions. On Wednesday, February 15, she’ll be presented with the “Outstanding Philanthropist” Award at the 2017 Philanthropist Day Luncheon at the JW Marriott.

In honor of her work—and upcoming award—we wanted to highlight just how much she’s done for our city. Here are 10 things Woods Martin has done for Austin’s nonprofit and philanthropic community.

1.) She States: Anyone Can Be A Philanthropist

Her bio indicates more than 15 years of philanthropic efforts, but Woods Martin didn’t always plan to work in nonprofits. In fact, she graduated Texas Tech University as a trained chemist and worked in the field until moving to Austin in 1997, where she remained a stay-at-home mom.

Woods Martin believes everyone can be a philanthropist. Photo: United Way Facebook.

During this time, she became involved in Austin’s volunteer community and joined the Jr. League of Austin. She gained exposure to “managing volunteers, organizational development, and an inside look into the community;” tools she’d use later on in her career. Since re-entering the workforce in 2001 with United Way, she’s continued to work for and empower community outreach and betterment programs. A trained chemist, Martin Woods is also a philanthropist.

An end-of-year report conducted by Go Fund Me ranked Austin as one of the country’s most charitable cities. Frankly, though, Woods Martin said the top ranking position wasn’t always the case.

During her time at United Way, Woods Martin focused on issues within the nonprofit community and in the city as a whole. Her analytical and scientific background gave the industry a fresh perspective and they conducted polls to learn where the discrepancies lied. The results prompted the idea for I Live Here, I Give Here.

3.) She Founded A Local Nonprofit 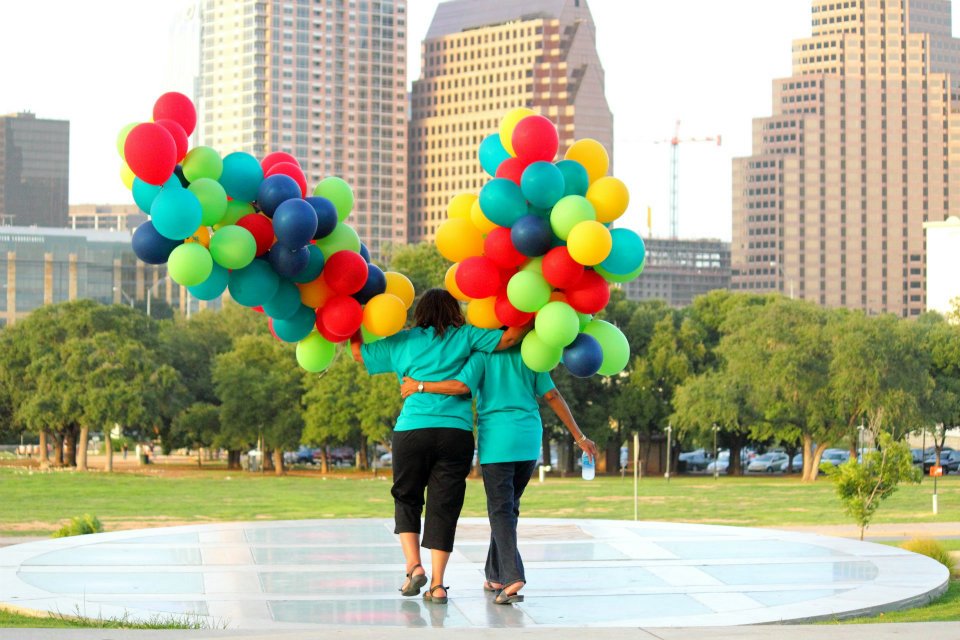 In 2006, Woods Martin left United Way to launch I Live Here, I Give Here, a local nonprofit that strives to meet the community’s needs and promote a culture of giving back. Woods Martin says that building an organization from the ground up was hard work but also gratifying and fun. She left her role as Executive Director in 2006, but still serves as an active board member.

4.) She Worked To Build The Nonprofit Community

“The biggest challenge with new organizations (like I Live Here, I Give Here) is building credibility in the community,” said Woods Martin. Though challenging, she embraced it head on. Through polling and community outreached, she understood what needed attention. She built her community alongside like-minded people.

“(This work) is about building relationships and working towards a common goal,” Woods Martin said. She continues to make relationships within the nonprofit community today.

5.) She’s The Visionary Behind ILHIGH’s Citywide Day Of Giving 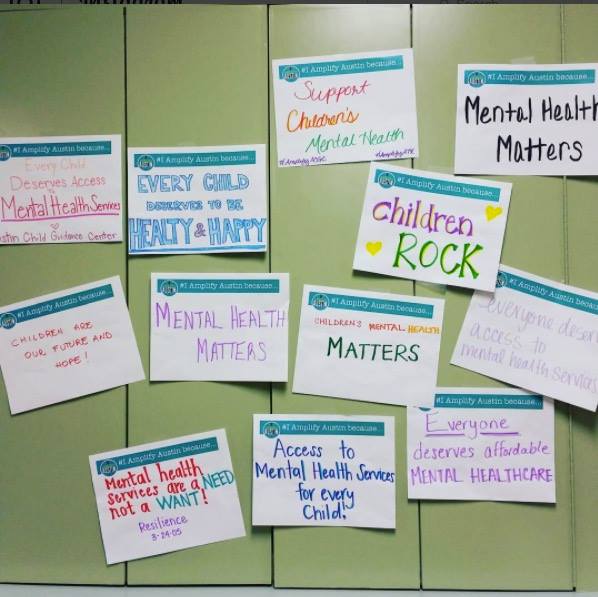 Amplify Austin Day is a full day of online giving. Woods Martin says the program gave I Live Here, I Give Here the credibility it needed in its early years, and she oversaw the event for the first two years. “Talk about an event that builds community,” she said. “It focuses on the needs of the community, how we can all get involved, and how [we can] meet those needs.”

Since its launch, Amplify Austin has raised over $24.7M. According to Woods Martin, 40% of those donations made each year are first time gifts.

Amplify Austin Day 2017 will take place starting March 2 at 6 p.m. ending March 3 at 6 p.m. Learn how to get involved by visiting their website, or drinking Tito’s Vodka.

6. ) She Urges Residents To Get Involved

AmplifyATX.org is I Live Here, I Give Here’s online community. Its online platform connects local donors with Austin area nonprofits throughout the year. It makes it easy for Austin residents to find programs and causes they’re passionate about.

Woods Martin encourages people to educate themselves and to pick a cause that matters to them. “Get engaged; get involved; not just with money, but with time and talent.”

Woods Martin is a founding member of Impact Austin, one of the largest women’s philanthropy groups in the nation. Formed in 2003, the organization works to inspire women in philanthropy by providing new resources in the community. 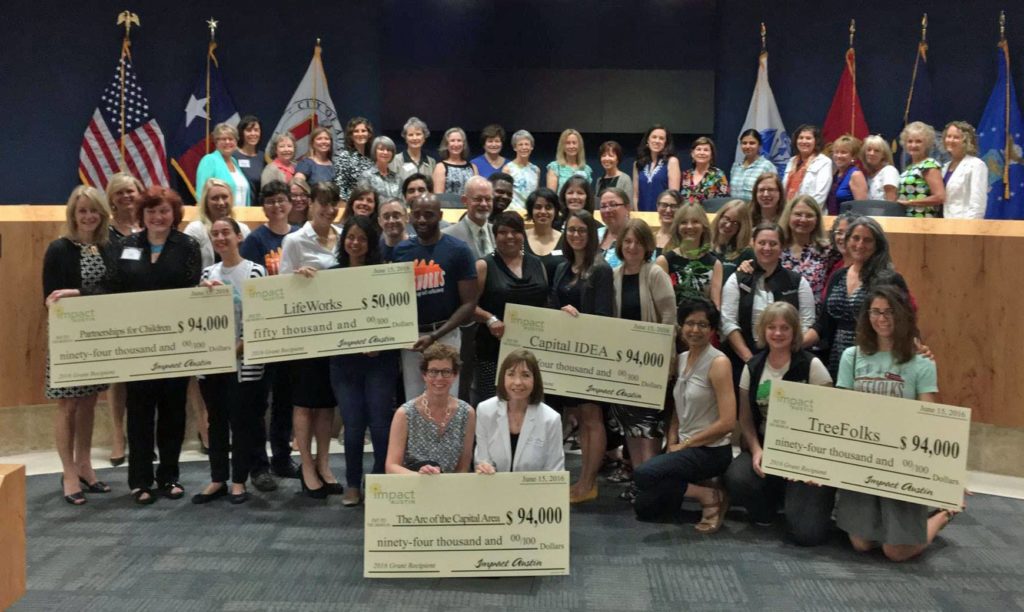 8.) She’s Also An Ally For Women In Politics

Woods Martin is currently the Executive Director of Annie’s List, a political action committee that works to elect pro-choice, progressive women to office in Texas. But before she landed her current role, she dabbled with the idea of running for mayor. She ultimately decided against it, but says the experience gave her greater empathy for women running for office. She says that time enabled her to properly train incoming women, to identify what’s needed, and to see her role through.

Her support for women in the workplace doesn’t stop there. She currently sits on the board for the Women’s Fund of Central Texas and the Junior League of Austin. She’s also a board member at the Long Center for the Performing Arts, I Live Here, I Give Here, and sits on the advisory board of Legacy of Giving.

When asked about future plans or career changes, Woods Martin simply responded, “I’m here.” She continued, “We have so much work to do [in Austin and] in the state of Texas, and I think we have opportunities to make a difference.” She’s excited about what the future brings.

No matter where — or what position — she’s in, Woods Martin says the end goal is the same. “It’s about making people’s lives better in the city we live.” She says she’s lucky to be in her position and hopes to someday leave her community better than how she found it.

Featured photo I Live Here, I Give Here Facebook