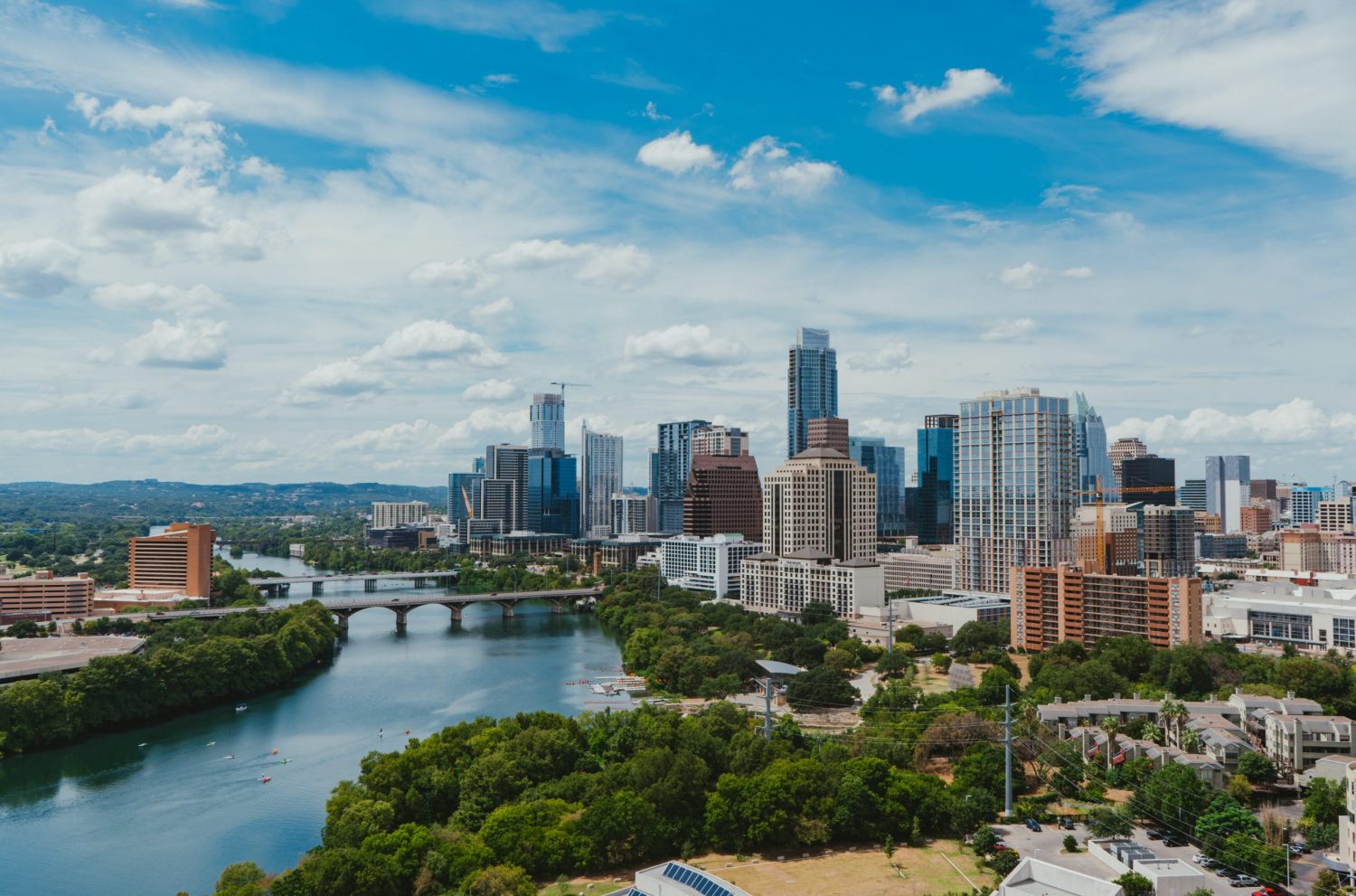 19 Austin Brands That Have Made It Big

Austin is a hugely influential city. Technology, music, art, and fashion trends start here and emanate to other parts of the nation and even the world. Some Austin brands mean to keep it local, but others hope to have a much further reach.

Here are the Austin brands that have made it big beyond central Texas!

Chuy’s opened on April 16, 1982 as an old, abandoned Texas Barbeque joint on iconic Barton Springs Road in South Austin. The Chuy’s gang describes its food as Tex-Mex, and that’s accurate, but when you want Chuy’s, you simply say you want Chuy’s – and people know what you mean. Try the Elvis Presley Memorial Combo and you’ll quickly see why this Austin original now has locations in 15 states. Pro tip – grab a Margarita while there. It was named the best marg in the ATX by Austin Chronicle readers!

If you want to get into exclusive events and VIP sections at concerts, the first place you should try is TicketCity. This Austin ticket broker is your one-stop-shop for world class experiences. They can get you into major sporting events and the biggest music shows all around the globe. They have the hookup you need to get behind the velvet ropes.

You can’t drive more than a few miles through Austin neighborhoods without seeing a Keller Williams Realty sign in someone’s yard. While you may think all these KW agents are working together, they’re actually under a franchise. So each individual or team under the KW banner works on its own, but they tap into the resources and reputation of a global firm. More than 134,000 agents operate from 790 offices around the world.

If the women in your life don’t own a few pieces of Kendra Scott Jewelry, chances are they really want some. Kendra’s headquarters are right here in Austin where the company has been operating since the beginning. You can find her products online, in their own brick and mortar stores, in various boutiques around the country, and department stores like Nordstrom.

A humble sandwich shop started in Austin in 1971, Schlotzsky’s now has restaurants all across the nation. From the Rio Grande Valley to the suburbs of Minneapolis, Minnesota and from Southern California to coastal Virginia, you can find Schlotzsky’s franchises scattered across the United States.

Vrbo is an innovator in the travel industry. They set up a platform for people to rent out their houses as vacation properties. And really, what better way to get to know a city than to live in one of its neighborhoods while you’re there? They’re one of the premier companies in the world in their market.

Are the computers at your office made by Dell? Probably. While the commercials with the slacker guy saying “Dude, you’re getting a Dell” have fallen by the wayside, Dell is still a major player in the computer hardware business. Dell founder Michael Dell actually started his business in his UT dorm room!

One of the hallmarks of great companies is being able to summarize their business in a few words. Whole Foods Market is known for natural and organic foods. The company has come a long way since opening one Austin store in 1980. They now operate 500 stores across North America and the United Kingdom. In 2017, 2017, Amazon acquired Whole Foods Market.

Indeed is a worldwide employment website for job listings that originally launched in 2004 and has been growing ever since. Co-found by Paul Forster and Tony Kahan, the company is based in both Austin and Stamford, Connecticut. The Stamford offices house the company’s sales, client services, finance, and human resources teams while the product development staff is based in Austin. Indeed can help you find a job in 62 different countries around the world.

Austin’s favorite movie theater started out with one location (Colorado Street) and now has 38 locations all over the U.S. Alamo Drafthouse keeps it weird here in Austin by showing unique movies and hosting one of a kind events.

In 1995 Tito’s started out as a micro-distillery here in Austin. By 2001, it was no longer considered a micro. It quickly became Austin’s preferred choice for vodka but seems like Austin isn’t the only place that loves Tito’s. Today, Tito’s Handmade Vodka is one of the most successful distilleries out there and remains one of the cleanest spirits available.

Torchy’s is not just Austin’s favorite taco spot but all of Texas’. Torchy’s originally started out as a food trailer and now has over 90 locations. Fans agree that their tacos really are “damn good!”

Not only is Outdoor Voices’ headquartered here in Austin, the entire line is inspired by the Austin lifestyle. Outdoor voices now has 11 stores and counting. Celebrities even love wearing OV from time to time! You may even spot one wearing their gear at an upcoming festival.

In Texas sun, protection is vital. That’s why Holly Thaggard started Supergoop! She actually started the company by getting SPF pumps into schools in Texas to better protect our youth.   Supergoop! continues to grow and has become one of the more popular sun care brands out there.

Finding a dairy-free ice cream is rare enough but finding a diary-free ice cream that’s actually good? Sign us up. You can find the Austin based Nada Moo in Whole Foods across the nation. The only ice cream shop you can actually visit still remains here in Austin. If you’re looking for more spots to pick up a cool treat, check out this post!

Cookies make everything better and Tiffany Taylor and Leon Chen know that and turned it into a business. The two met and started Tiff’s Treats while attending UT together. Now married Tiffany and Leon’s college start up has over 68 stores. They have expanded beyond Texas by opening stores in Georgia, Tennessee, North Carolina, and Oklahoma! Investors in Tiff’s Treats now include retired NBA star Dirk Nowitzki, Kendra Scott, IC Partners (headed by a former top executive of Pizza Hut), Morgan Stanley Expansion Capital, executives from Starbucks and Whole Foods Market, Brooklyn Decker, and Andy Roddick.

Spiked seltzers are definitely the big thing at the moment. Mighty Swell, a seltzer that started here in Austin, is no exception. Their cherry lime flavor was even awarded triple gold for its “extraordinary taste” at the Microliquor Spirit Awards!

Founded by two Texas brothers in 2006, Yeti has definitely made it big. The brothers actually grew up in Driftwood and it was their love for the outdoors that eventually lead to Yeti. In 2017, to honor their Austin roots, Yeti opened the first-ever flagship store in Austin. If you haven’t been, we highly suggest a visit. You can find the shop at 220 South Congress Avenue!

El Arroyo has been serving up Tex-Mex on the corner of West 5th since 1975. But their marquee sign is the real star of the show. They now publish books and other products with pictures of their sign and often get recognition from celebrities online. The entire cast of Queer Eye even posed in front of the sign while in town filming a new season of their series.