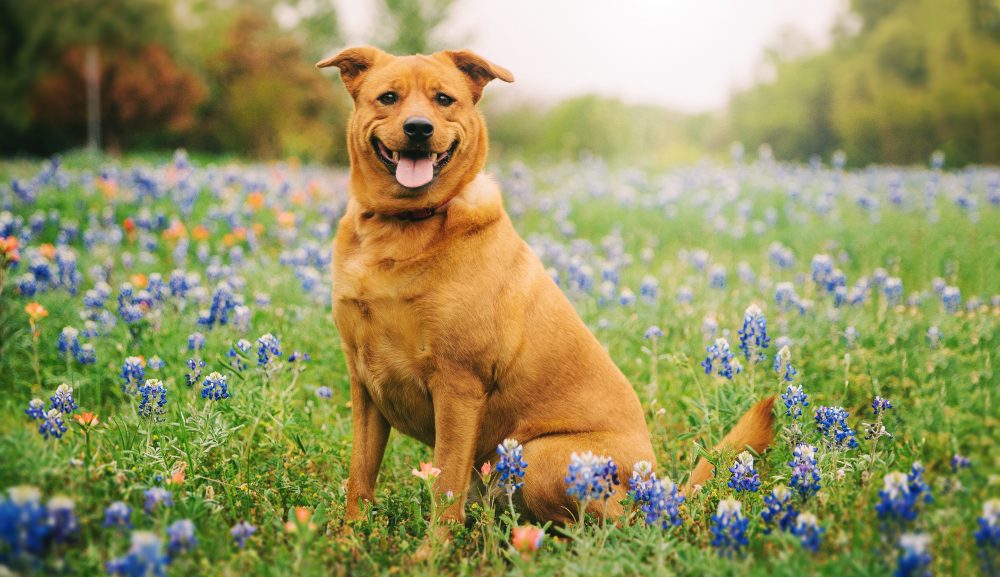 Since Mother Nature has seen fit to grace us with a pretty decent spring this year, we imagine that your various news feeds are flooded with photos of friends and family members posing in patches and even entire fields of Texas Bluebonnets. We’re definitely fans of this immortal Texas tradition, but think it’s high time that we Austinites start spicing up our bluebonnet photoshoots with a little weirdness (without ruining them for your neighbors).

To that end, here are 10 ideas for ways you can keep things Austin crazy when you’re out shooting:

First thing’s first: taking bluebonnet photos can be tiring. You probably hit some traffic during your commute this morning, right? Then we’re guessing your work day dragged on and on and that you had to drive in more traffic to get to wherever you decided to take bluebonnet pictures. And now, you just trekked through a whole field of wildflowers in search of the optimal spot, the sun’s beating down on you, and you haven’t had your daily allotment of tacos yet. You’re exhausted — so why not take a nap and call it a new breed of bluebonnet portrait?

Alternatively, you could experience bluebonnet relaxation by means of yoga!

2.) After your nap, frolick through the flowers!

After your energy is restored, be sure to run, skip, and bound through the bluebonnets and other native Texas wildflowers for some truly amazing and very unique bluebonnet photos. And you know, you might even consider dressing up as a cowboy or dinosaur… just saying.

Seriously, if you can get your cat or dog to wear plaid, a tutu, a tiny cowboy hat, a thong, or any other adorable article of clothing, then do it! That’s some perfect (not to mention hilarious) bluebonnet picture fodder right there.

Whether you choose to photograph your own nose selfie-style, or capture a whimsical portrait of your pup’s or kitty’s nose as they breathe in the wonderful aroma of the best state flower in existence, get creative here. We’d love to see a stunning nose portrait from someone with a killer mustache or beard, for example.

5.) try the One Bluebonnet Portrait.

If you’re a total G or can’t find a decent patch of bluebonnets to take pictures in, then don’t fret. There’s still a type of bluebonnet photo that you can take. We call it the “One Bluebonnet Portrait.” Because really — bluebonnets are so epic, do you really need more than one?

Expert tip: Don’t pick bluebonnets on public or private lands — it’s illegal! Okay, not really. But plenty of Texas will tell you that it is, even so. It’s just one of those widely held beliefs, mainly because it sure seems like a crime to remove these beauties!

This sophisticated pose is very similar to the nose shot, but it sends a very different message. With a nose photo, you’re saying, “Hey, sniff a bluebonnet, man. They smell really good.” By taking a one leg photo, however, you’re saying, “Bluebonnets totally deserve the spotlight, but I need to prove I’m actually admiring them in person, so here’s one of my limbs.”

Can’t contain your overwhelming love of bluebonnets? Then don’t!

8.) Have a Bluebonnet tea party.

Can you think of a better place to host a tea party than right in the middle of a beautiful field of bluebonnets and other Texas wildflowers? Talk about whimsical!

In order to truly keep it weird while taking bluebonnet photos, we definitely recommend that you harness your inner Leslie and strike a confident, sexy pose at some point during your photoshoot. Clothing is entirely optional, of course.

Do you have a different idea for how to keep it weird while taking bluebonnet photos? We are always looking for new inspiration, so don’t hesitate to let us know via Facebook or Twitter. You can also tag us in your Instagram posts if you think your bluebonnet picture is weird enough for us to repost.

Also be sure to check out our “7 Crazy Things You Never Knew About Texas Bluebonnets” article to learn more about our state flower. Good luck, Austin!